A look at some tax provisions in the FY18 spending bill 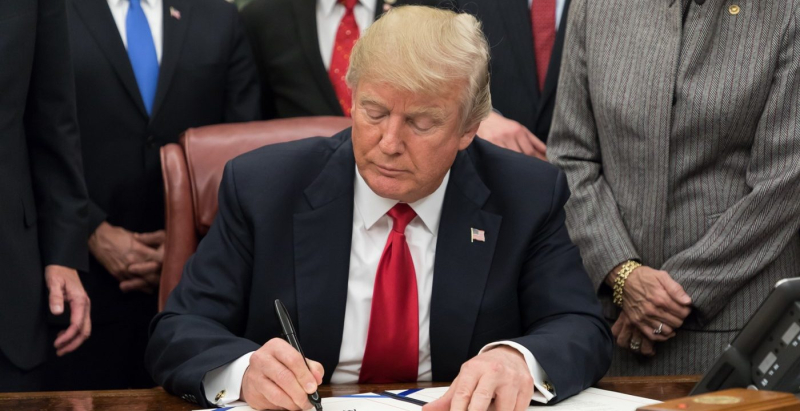 Before departing D.C. last week for their version of spring break, Representatives and Senators, some grudgingly, approved a $1.3 trillion omnibus spending bill to keep the federal government operating through September.

Donald J. Trump signed the bill, which is massive by both dollar and legislative length (the bill ran 2,232 pages long) measurements, but not before injecting some reality show drama into the mix by threatening a veto.

Both the $1.3 trillion outlay and 2,232 pages are huge, but since I have to pick one as this week's By the Numbers figure, I'm going with the dollar amount.

Now, about all those Benjamins and bigger.

Technically, the whole measure covering fiscal year 2018 (FY18) is a tax bill since it details how Uncle Sam can spend our money.

But here's a look at some of the more tax-specific issues covered by H.R. 1625, the Consolidated Appropriations Act of 2018 (CAA).

Grain glitch fixed: There was some hope among businesses and tax professionals that Congress would tweak some troublesome provisions, like the meals and entertainment deduction, that were changed by the recently enacted Tax Cuts and Jobs Act (TCJA).

No luck there. But farmers got the retroactive TCJA relief they wanted.

The so-called "grain glitch" was a loophole in the new GOP tax bill that posed big potential problems for some in the ag industry. Because the Republicans pushed the budget bill through so quickly last December it inadvertently gave a tax advantage to farmers to sell grain to agricultural cooperatives instead of to independent grain companies.

For all my rural readers, the change means that the TCJA deduction for such grain sales is reduced from its original 20 percent to 9 percent.

Democrats helped out here in exchange for expanded tax credits for low-income housing through 2021.

Prior tax law technical corrections: The new spending measure did, however, make a variety of fixes to several past tax bills enacted before the TCJA. The affected corrections were to parts of the Protecting American From Tax Hikes (PATH) Act that was signed in December 2015, the Bipartisan Budget Act of 2015 and American Taxpayer Relief Act of 2012.

In addition, some tax-related provisions in some transportation bills passed years ago also got another look in the spending bill's technical corrections.

Some highlights of the wide-ranging changes/corrections to prior-tax laws affecting individual and business follow.

EITC changes: Technical changes to the PATH Act include adjustments to the Earned Income Tax Credit (EITC), 529 college saving plans and the Achieving a Better Life Experience Act, or ABLE, accounts created in 2014.

Under the spending bill, the $5,000 increase in the EITC phaseout amount for married couples filing joint returns is now permanent. The new level also will be indexed for inflation.

529 and ABLE accounts: For section 529 qualified tuition programs, the spending bill repeals the requirement 529 accounts must be aggregated for purposes of calculating the amount of a distribution that is included in a taxpayer's income.

This area is not my tax wheelhouse, so I'm giving a big Saturday Shout Out to tax attorney Alistair M. Nevius' analysis in the Journal of Accountancy for a much more detailed look at the partnership technical corrections.

Passports and unpaid taxes: Thanks to the Fixing America's Surface Transportation Act of 2015, a person's passport could be revoked or denied if he or she owed a big federal tax bill. The fiscal 2018 spending bill clarifies the judicial review of certifications that would lead to the loss of travel papers.

Now there must be judicial review of the Treasury Secretary's certification that an individual has a seriously delinquent tax debt, either in a U.S. district court or in the Tax Court. The provision also clarifies that the party against whom a Tax Court petition is filed is the Commissioner of the Internal Revenue Service and provides a tie-breaker rule clarifying that the court first acquiring jurisdiction over the action has sole jurisdiction.

An heir who inherits property, regardless of whether it's reported on an estate tax return, generally can claim a basis for estate tax purposes that is not greater than the final value of the property. There was a penalty in cases of an inconsistent estate basis.

However, the transportation bill's language meant the penalty could have been viewed as applying when an heir claims a basis higher than the final estate tax value by reason of making basis adjustments relating to post-acquisition events such as improvements to the property. This was not what was intended, according to lawmakers. So a technical correction modifies the definition of inconsistent estate basis to avoid this unintended result.

Aviation tax extensions: Attention travelers. The FY18 measure extends the aviation fuel and ticket taxes through Sept. 30, the end of the 2018 fiscal year.

The extensions cover the following taxes:

Tip pooling limits on employers: Folks who rely on tips to make their wages cover their expenses also got a bit of a break. Tip pooling will still be allowed, but employers now can't legally pocket the money.

As noted in my post back in early February, Restaurant tips rule change could short-change wait staff, the Trump Administration plans to overturn an Obama-era regulation and let restaurants go back to taking all servers' tips (which are taxable income), combined them and then hand out the money to all staff at management's discretion.

The return of such a system worried many tip-dependent employees and labor advocates, who feared that the new rule could allow management to hold onto the tips rather than redistribute them.

But under a compromise championed by Washington State Democratic Sen. Patty Murray, the new Department of Labor tip pooling regulation contains a specific prohibition against employers keeping workers' tips instead of handing out the gratuities to both wait staff and back-of-house workers.

IRS funding, directives: Finally, for purposes of this post not the whole enormous bill, CAA gave the Internal Revenue Service money to do its many and varied jobs.

Uncle Sam's tax collecting agency got a total budget of $11.1 billion. That's about the same amount as last year, but how Congress wants the IRS is slightly different.

The IRS has $320 million to help implement the changes wrought, or havoc wreaked if you're not a fan, by the TCJA.

As for the rest of the money, the IRS gets:

The National Treasury Employees Union (NTEU), which represents IRS workers, was glad that Capitol Hill provided final funding for the 2018 fiscal year without closing down the government even briefly.

However, the labor organization already is worrying about the 2019 fiscal year that begins on Oct. 1.

"The IRS spending levels are a step in the right direction for an agency that has lost $900 million and nearly 22,000 full-time employees in the last eight years," said NTEU National President Tony Reardon in a statement issued during last week's consideration of the bill.

"This modest increase for the IRS will allow the agency to be more responsive to taxpayers and employers who need help from the professional public servants who answer the phones and staff the Taxpayer Assistance Centers. NTEU will continue to fight for adequate IRS funding in 2019," added Reardon.

But wait, there's more … but not here: Whew! And, as I noted, just part of what's in the spending bill. And I didn't even look at what didn't make it into the law.

The major omissions include money for the wall, help for young people brought without documentation by their parents into the United States, ways to slow Obamacare insurance premium increases or how to handle sales tax collection on products bought online in advance of a coming Supreme Court decision.

You can peruse the full spending measure (it opens as a PDF) yourself if you wish … and don't have any weekend plans.