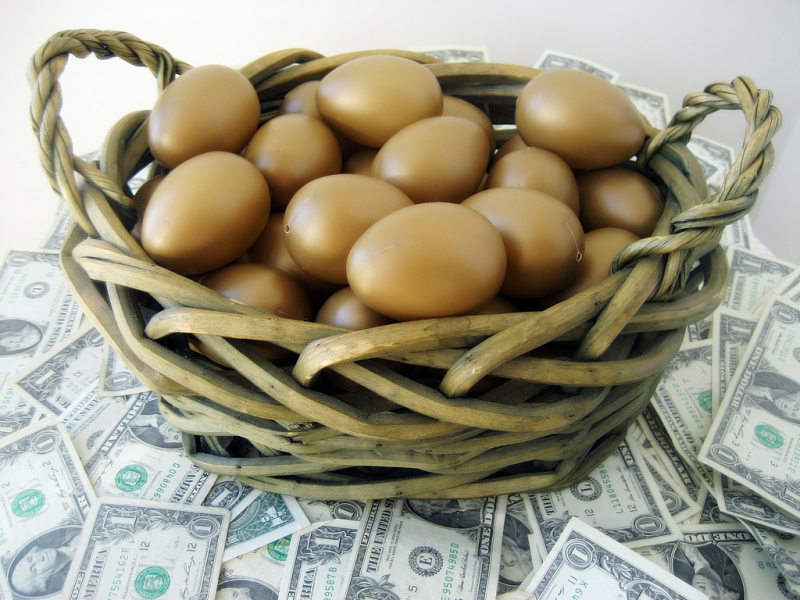 The Tax Cuts and Jobs Act (TCJA) prompted the Internal Revenue Service this week to reissue some tax-related inflation adjustments.

However, one area was not affected by the TCJA's provisions. The amounts you can contribute in 2018 to your tax-favored retirement accounts did not change.

There are two reasons for the retirement amounts' status quo.

First, despite some Congressional discussions about changing retirement plans early in the tax bill's formulation, those proposals were dropped after much public outcry. (Sometimes our elected leaders do hear us!)

Also, while the TCJA did change the tax-related inflation measurement used to implement cost of living adjustments, or COLAs, to the less consumer-friendly chained consumer price index (chained CPI), the IRS analysis of the new methodology, taking applicable rounding rules into account, found it did not affect the originally issued retirement inflation adjustments.

That means the information in my earlier 2018 tax inflation series post on retirement accounts is still correct. Yay!

You can click over to that post for specifics and how they compare to 2017 amounts that affect the tax return due on April 17. But if you're mainly interested in some of the more popular retirement account highlights, keep reading here.

Workplace retirement plans: If you participate in your workplace's tax-deferred retirement account, you can have more pre-tax money directed to your account in 2018.

However, the catch-up contribution limit for employees age 50 and older was not changed from the 2017 limit of $6,000. This increased contribution option applies to anyone turning 50 at any time during the year.

That means the maximum that workers nearer retirement can contribution to their workplace retirement plans is $24,500 in 2018.

These new 2018 workplace retirement plan amounts apply to 401(k), 403(b) and most 457 plans, as well as the federal government's Thrift Savings Plan.

If you can max out or even get close to this year's new limits, get to your benefits office ASAP to bump up your payroll contribution amounts.

The limit on annual contributions IRAs increases in $500 increments only when there's sufficient inflation. That wasn't the case this time around, as inflation remained relatively low last year. So the maximum amount that you can contribute to a traditional IRA in 2018 remains at last year's level of $5,500.

For you readers who join me in being of a certain age, a reminder that the additional catch-up contribution limit for folks age 50 and older isn't affected by annual cost-of-living adjustment. It's statutorily set at $1,000. That means the most we can put into an IRA in 2018 is still $6,500.

If during the year either you or, if you're married, your spouse is covered by a retirement plan at work, the deduction may be reduced, or phased out, until it is eliminated. The exact amounts depend on your filing status and income.

For a married individual filing a separate return who is covered by a workplace retirement plan, the phase-out range is not subject to an annual cost-of-living adjustment and remains at $0 to $10,000.

Note also that these deduction phase-out limits do not apply if neither you nor your spouse is covered by a workplace retirement plan.

And yes, you have until the filing deadline (April 17 this year) to make prior-year contributions to your deductible of nondeductible traditional IRA.

Roth IRA limits: Like traditional IRAs, contributions and limits on Roth IRAs are subject to inflation.

Some folks still contribute to traditional IRAs because their contributions to these individual retirement arrangements (yes, technically they're called arrangements, not accounts) are immediately deductible on their tax returns.

The limit on annual contributions to Roth accounts in 2018 remains, thanks to low inflation, at last year's level of $5,500.

The earnings limit for Roth IRAs also has been bumped up for 2018.

The income phase-out range for taxpayers making contributions to a Roth IRA is:

As with a traditional IRA, the phase-out range for a married individual filing a separate return who makes contributions to a Roth IRA is not subject to an annual cost-of-living adjustment and remains $0 to $10,000.

And déjà vu all over again, you have until the filing deadline (April 17 this year) to make prior-year contributions to your Roth IRA.

This tax credit, which also is known as the Retirement Savings Contributions Credit, rewards low- and moderate-income workers who are able to put aside some money for their post-work years. It's better than a deduction because like all credits, it's a dollar-for-dollar reduction of any tax you might owe.

And in 2018 eligible workers can earn a bit more and still take advantage of this tax break.

Here's hoping you can take advantage of as many of these retirement savings options as possible. I know your post-work days may seem far away, especially when things are trying at the office.

But trust me. Your retirement time will get here sooner than you expect (or might want!). To make sure you enjoy it fully, start using some of Uncle Sam tax-favored retirement plans today.

I wish Congress would change the IRA limits to at least $6,000. If you have $500 automatically going in to a Roth IRA each month, you have to remember to stop it for December, then reinstate it again in January.