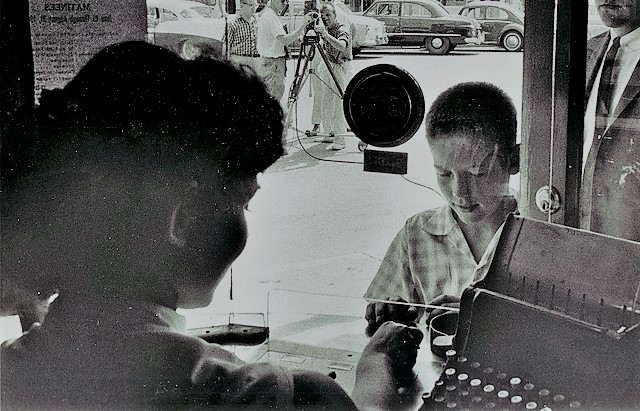 Many of us used to spend Saturday afternoons at the movies. Streaming and on demand options have cut into those ticket sales, but Oscar nominations and wins still boost ticket sales and the taxes collected on those admission slips. (Photo from Keith Page archives via Kevin Dooley on Flickr)

It's an honor to win an Oscar. Or, according to those who don't, just to be nominated.

It's also usually provides films an economic boost, even before the statuettes are handed out.

And that could also help out those states, like Texas, that collect sales tax on movie theater tickets.

Nominations boost ticket sales: Once the Academy of Motion Picture Arts and Sciences, aka the Oscars home, announced its annual nominees, many of those films get new eyes.

People want to see the movies and actors who are up for the industry's top awards. Part of it is fear of missing out on the big pop culture moment. They want to be able to say, legitimately, that they saw the nominated/winning films and performances.

It also helps them to better make their cases at the workplace watercooler — or, nowadays, via social media — that Laurie Metcalf's more nuanced mother role in "Lady Bird" should best the heavily-favored and more "Mommy Dearest" approach of Allison Janney in "I, Tonya."

Box Office Mojo,  the website that tracks, as it name indicates, the box office revenue of movies, shows that there is a real Oscar bump.

Since the Oscar nods were announced on Jan. 23, the nine movies nominated for Best Picture have brought in an additional $126.5 million. That's more than 22 percent of the films' pre-nomination grosses.

"Phantom Thread" is the biggest winner in raw ticket sale money since the nominations were announced. (Hey, that line apparently is true!)

Before being selected as a possible Best Picture, it had $6.4 million in gross box office revenue. Afterwards, it took in another $13.7 million, in part because it was shown in more theaters after the announcement.

Other post-Oscar-nomination financial winners include:

How many states are making more movie ticket money? The most recent analysis is almost 11 years old, a July 2007 report from the Federation of Tax Administrators (FTA). The FTA look at sales taxation of services back then found 31 states that levied sales tax or some related tax on admission to cultural events.

The Pennsylvania Budget and Policy Center used that FTA data as the bass for its own report on the wide variety of sales taxation of cultural events across the United States.

In many of those states, tickets to movies were included. Others added the levy based on a dollar amount of monthly sales. Some states also allow local governments to tack on their own sales taxes.

In 2014, AMC theaters began breaking out sales tax from the overall ticket prices. So does my local Austin, Texas, theater, as evidenced from the tickets the hubby and I bought to see "Coco," the favorite to win tonight's best animated feature Oscar. 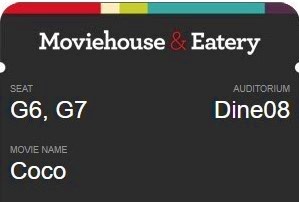 Translation: Don't just blame us for the high price of movie tickets. Direct some at your tax-assessing state and local lawmakers, too.

Luxury tax for average folks: Why tack on a tax to such a small expenditure? The answer, as is usually the case, is that the states need (or want) all the money they can get.

It's basically a luxury tax on the majority of residents who can't really afford traditional luxury items. The states typically argue that since entertainment in its many forms is not a necessity for citizens, it should be taxes.

I know some artists, musicians and sociologists who disagree with this position, but until enough of them are elected to state and city government bodies, look for amusement taxes to stay and likely be added in states where they've yet to be law.

Former federal movie tax: In looking at taxes on movies, I ran across an interesting federal tax in this area.

There used to be a 20 percent excise tax on motion picture theater gross revenues. It was enacted at the World War II as a way to help pay for the deficits incurred in fighting that war.

That old excise tax's rate is this week's By the Numbers figure.

It was repealed in the mid-1950s, thanks in part to the lobbying efforts of the film industry. That included, of course, a short film.

"The Case Against the 20% Federal Admissions Tax on Motion Picture Theatres" was made in 1953 and, as the opening credits note was presented by "the entire motion picture industry."

The almost 23-minute short never made it onto the big screen. Instead, the Motion Picture Industry Council made the film to show to Congress.

It presented statistics regarding the closing of theaters in general (approximately 4,500 United States theaters, or about 25 percent, from 1946 through 1952), as well as featured theater owners who recounted how the tax had adversely affected their businesses.

One was the owner of the Iris Theater in Terrell, Texas, east of Dallas, who told lawmakers how the federal excise tax contributed to the operation's $12,000 net loss.

Aside from the Texas connection, another thing about the anti-tax film that caught my ear was actor Richard Anderson. He's the uncredited narrator, starting at the 3:15 minute mark, reciting the death toll of theaters and specifically pointing out the number of closed screens in the states of then-members of the tax-writing Ways and Means Committee.

From real anti-tax to fake TV tax expenditures: Anderson is best known, at least to my generation, as Oscar Goldman. Goldman was the director of the fictional Office of Scientific Intelligence who argued for turning severely injured astronaut Steve Austin, played by Lee Majors, into "The Six Million Dollar Man."

His fictional colleagues, and ABC TV executives who aired the show from 1974 to 1978, were persuaded by Anderson's exhortation that, "Gentlemen, we can rebuild him. We have the technology. We have the capability to make the world's first bionic man. Steve Austin will be that man. Better than he was before. Better... stronger... faster."

Personally, I love how Anderson in real life was part of ending a federal tax and then, 20 years later, played a key fictional role in getting fake Uncle Sam to spend millions of U.S. tax dollars to create a cyborg.