There are so many tax scams out there that it takes more than one post to cover them. Three posts, to be precise. This is Part 3 of the Internal Revenue Service's 2018 list of the Dirty Dozen Tax Scams. 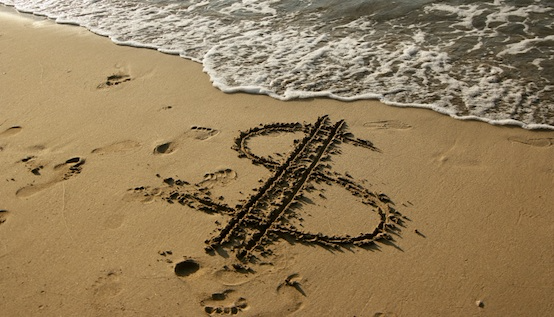 Your promised tax savings can be quickly washed away if you put your money into an abusive offshore tax shelter.

This is it, a look at the final group of scams that crooks are using again this tax year to try to take our money.

The final four schemes in this post, numbers 9 through 12, are like those in the initial 2018 Dirty Dozen tax scams of 2018 and the next four details in Part 2. They also are repeat (dis)honorees.

That's because once crooks find something that works, they keep using it. And sadly, there are enough new victims out there to fall for it.

Unless potential targets are warned.

To do that and keep you from being taken in by crooks looking to steal your identity and tax money, IRS is once again separately releasing detailed warnings on the schemes that taxpayers may encounter this year.

So be on the lookout for these 12 tax scams — including the four discussed here — during this filing season and throughout the year:

Old schemes, new twists: While many of these scams have appeared on the IRS' annual list in years past, the agency notes that scammers often tweak the schemes from year to year.

Frequently, the crooks use new twists and variations and employ more desperate and elaborate mechanisms to swindle people out of their money.

That's the case with scams 9 through 12. Highlights are noted below, along with a link that shows up in the numbered list above and the title to the synopses.

9. Falsifying Income to Claim Credits
Since more income means more taxes due, it seems counter-intuitive for folks to make up income to report on their annual tax return filings. But there is a tax scheme method to this madness.

Some people falsely increase the income they report, says the IRS, in order to maximize refundable tax credits. One example is the Earned Income Tax Credit (EITC), where you have to have earned income to claim. If a person doesn't qualify, the IRS says unscrupulous tax preparers fake the earnings.

Just like falsely claiming expenses or deductions, claiming income that a taxpayer didn't earn also is illegal. When you're caught faking your income in order to get a tax break like the EITC, the IRS warns that not only will you face a large bill to repay the erroneous refunds, along with added interest and penalties, but also could face criminal prosecution.

10. Abusive Tax Shelters
Tax shelters are not inherently bad. But they must have a legitimate business purposes. Abusive tax shelters are schemes created solely to avoid paying taxes. Beware of anyone peddling tax shelters that sound too good to be true because, as the old saying goes, it probably is.

The IRS stresses that it is committed to stopping these complex tax avoidance schemes and the people who create and sell them. Good for the tax collector for going after the scamming crooks.

But remember that even though you may be the victim of such a scam, you'll end up paying, too. You signed up for the fake tax deal and must pay any taxes it helped you avoid, along with interest and potential penalties.

11. Frivolous Tax Arguments
Some tax laws seem almost comical, but taxes are no laughing matter. And Uncle Sam definitely isn't smiling when taxpayers attempt to use what it deems frivolous tax arguments to try to avoid paying their taxes.

A frivolous tax argument, according to the IRS, is an outlandish, unreasonable and unfounded claim about the legality of paying taxes. You've probably heard some of them, such as only federal employees are required to file returns and pay taxes or that the First Amendment allows taxpayers to refuse to pay taxes on religious or moral grounds. Wrong! These and the other frivolous arguments, which the IRS has cataloged in a 73-page PDF document, are repeatedly thrown out by courts hearing these bogus tax avoidance cases.

Don't fall for the frivolous tax schemes that promoters push on unsuspecting taxpayers. If you're part of such a fake tax avoidance plan, you could face the $5,000 penalty for filing a frivolous tax return.

12. Offshore Tax Avoidance
It's not illegal to put your money into a foreign account. It is illegal to use such non-U.S. financial vehicles, which the IRS refers to as offshore accounts, to hide money that should be reported and taxed.

Despite IRS success in tracking down and collecting due taxes on such accounts, some folks still try to use offshore accounts to hide their money and income. The price for doing so if you're caught are steep.

The best move for such account owners is to voluntarily reveal such accounts and catch up on the tax-filing responsibilities associated with the foreign holdings. But act soon. The IRS will be shutting down its tax amnesty Offshore Voluntary Disclosure Program (OVDP) at the end of September.

Stay alert! This wraps up the IRS' 2018 version of the Dirty Dozen tax scams.

As noted in all three of the ol' blog's installments (tax tricks 1 through 4 as the 2018 list kicked off, 5 through 8 cons that followed and today's 9 through 12 schemes) detailing this year's scam list, the ploys are not new, just newly pushed out by crooks to try to trap new victims.

And how we taxpayers should react to these and any permutations of the Dirty Dozen that might crop up this or future tax years also remains the same. Be skeptical.

If something feels a little sketchy, trust your gut. Don't buy into the scam. And do let the IRS know that you were targeted or, if you didn't catch it soon enough (no judging; it happens), were a victim.

Such caution and skepticism are especially important in this digital age when it's so easy to be quickly conned.

"We urge taxpayers to watch out for these tricky and dangerous schemes," said Acting IRS Commissioner David Kautter in announcing this year's 2018 tax scam list. "Phishing and other scams on the 'Dirty Dozen' list can trap unsuspecting taxpayers. Being cautious and taking basic security steps can help protect people and their sensitive tax and financial data."

For more on tax security measures, check out my blog post "items of interest" links below, as well as going to the ol' blog's archives and clicking on "scams" and/or "identity theft."

You also can review the identity theft and tax fraud prevention tips prepared by the Security Summit, a collaborative effort between the IRS, states and the private-sector tax community.