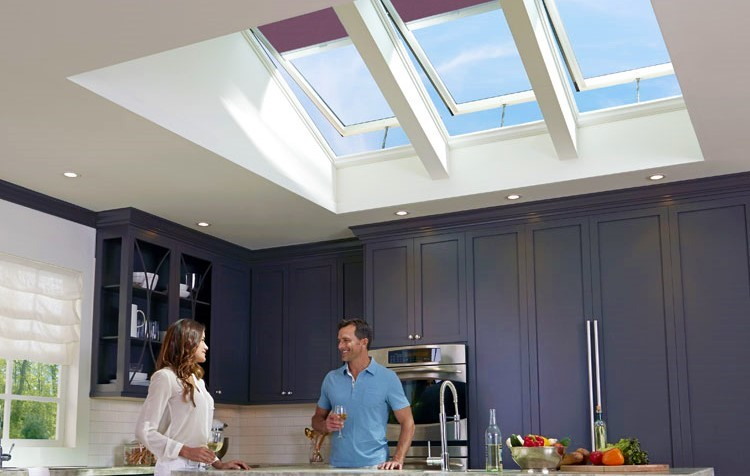 Energy-efficient skylights installed in 2017 could provide homeowners some savings thanks to a recently renewed tax credit.

Congress slipped some expired tax breaks into the Bipartisan Budget Act of 2018 enacted back in February.

That was good news for taxpayers who can claim these tax breaks, but it set off a mad scramble within the Internal Revenue Service.

Playing processing catch-up: Uncle Sam's tax agency had to dig out and update the appropriate forms and then re-set its processing systems to handle them.

And all this had to be done while the 2018 tax-filing season was already underway.

The IRS got three of the retroactively renewed tax breaks — deductions for private mortgage insurance (PMI) and college tuition and fees, along with the exclusion from income of home-related forgiven mortgage debt — ready for filers about a month ago.

Energy tax breaks now updated: Now the IRS says folks who want to claim four energy-related tax incentives that were resurrected for the 2017 tax year can go ahead and do that, too.

The IRS now is processing claims for the:

Unfortunately, since these had expired at the end of 2016, not many folks went into 2017 planning on taking the associated tax breaks.

Still, if you happened to buy one of the qualifying vehicles or made some energy efficient home improvements to your primary residence last year, check into whether you can now take advantage of the revived tax breaks.

The common home energy efficiency improvements that now/again qualify include insulation material and exterior doors and windows and skylights.

You can read more about the nonbusiness energy improvements, which have a lifetime $500 maximum claim, in my post the last time (back in December 2015) that this tax break was renewed.

Energy Star also has details on these renewed tax breaks, as well as other federal tax incentives for residential renewable energy products that go beyond the 2017 tax year.

Amending also an option: If you filed before any of these tax benefits were reauthorized under the budget bill, you also have the option to amend your tax return using Form 1040X to claim them.

Note, however, that amended returns cannot be filed electronically. You must submit a paper form and wait, according to the IRS, up to 16 weeks for that X filing to be processed.

That doesn't mean you shouldn't do that. Always claim all the tax breaks you can, even when the process is a bit of a hassle.

Just be patient in these amended cases, especially if it produces a new or bigger refund than you got earlier.