DST and tax-deductible donations can help save wildlife 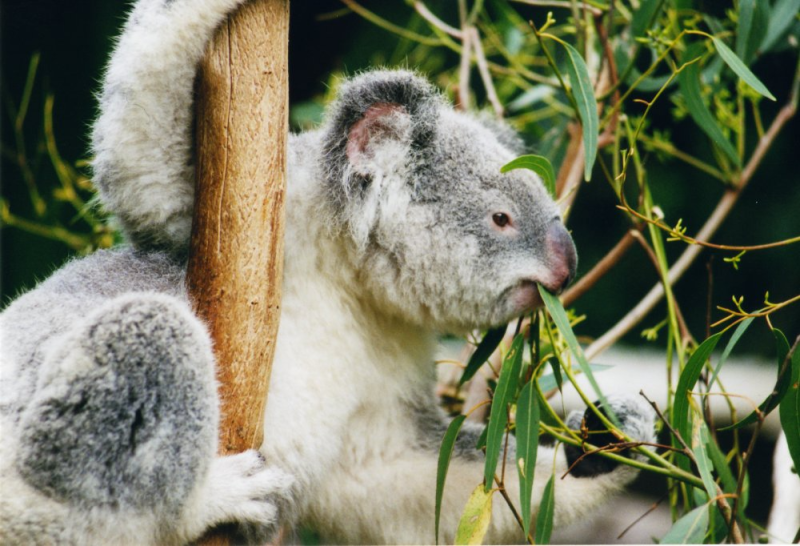 Don't hate losing an hour to Daylight Saving Time. The clock change, along with charitable donations, could save koalas and other wildlife. (Photo by Arnaud Gaillard via Wikipedia CC)

How are y'all feeling after losing that hour of sleep last night, or rather early this morning?

Me, not so good. I'm apparently among that group of folks who experience headaches when our circadian rhythms are affected by going in and out of Daylight Saving Time (DST).

But at least it's not a heart attack, which some studies have shown increase a bit during the first three weekdays following clocks' springing forward.

As you've probably gathered, I'm not a fan of the time change. Either direction. DST is especially problematic. In addition to losing an hour, I hate that it's darker in the mornings. But I like the extra evening sunshine.

Better for critters: Wildlife also appreciate the longer days. Collisions with critters (not counting squirrels, which dart in front of cars 24/7) are most likely to occur during twilight or darkness that overlaps with evening commutes.

So the shifting of sundown's timing via DST may reduce the probability of road casualties, according to some Australian researchers.

The animals they focused on in their study, which was published in the October 2016 issue of Biology Letters via Royal Society Publishing, were the lovable, at least in popular culture representations, koalas.

According to the Down Under scientists: 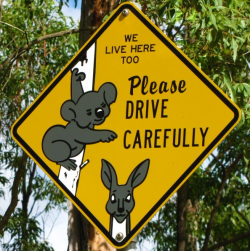 "Daylight saving time (DST) could reduce collisions with wildlife by changing the timing of commuter traffic relative to the behaviour of nocturnal animals. To test this idea, we tracked wild koalas (Phascolarctos cinereus) in southeast Queensland, where koalas have declined by 80% in the last 20 years, and compared their movements with traffic patterns along roads where they are often killed. Using a simple model, we found that DST could decrease collisions with koalas by 8% on weekdays and 11% at weekends, simply by shifting the timing of traffic relative to darkness. Wildlife conservation and road safety should become part of the debate on DST."

Despite the findings publication two years ago, Queensland still resists DST. So do residents in Australia's Northern Territory and Western Australia.

Here in the United States, there's no DST in Arizona or Hawaii, as well as some localities.

Some Florida lawmakers, however, are toying with the idea of making DST the year-round setting, but federal law says the Sunshine State doesn't have the authority to enact the so-called Sunshine Protection Act.

Charitable loss of an hour: So what's all this DST esoterica got to do with taxes?

I've covered the more direct DST tax connections in prior-year posts. You can check the out in the "items of interest" links below.

But this year, given the koala saving study, perhaps lovers of wildlife if not the time shifting should take advantage of the arrival of DST to donate to their favorite animal protection charity.

Charitable gifts are still tax deductible under the new tax law, popularly known as the Tax Cuts and Jobs Act, even though some of the new rules will make itemizing to claim donations less appealing to many filers.

Still, it's a tax connection to consider.

That's why this loss of an hour of sleep (or partying if you're one of the energetic folks who was out and about when the clocks moved ahead) is this week's By the Numbers figure.

Yeah, I know. It's reaching a bit, although I like to think of it as creative, especially in light of my DST-induced grogginess and headache.

And even if you don't get the deduction, your efforts to help threatened species and their habitat is something that could make today's 23-hour day a little brighter beyond today's later sunset.