How companies have or plan to share their tax cut wealth 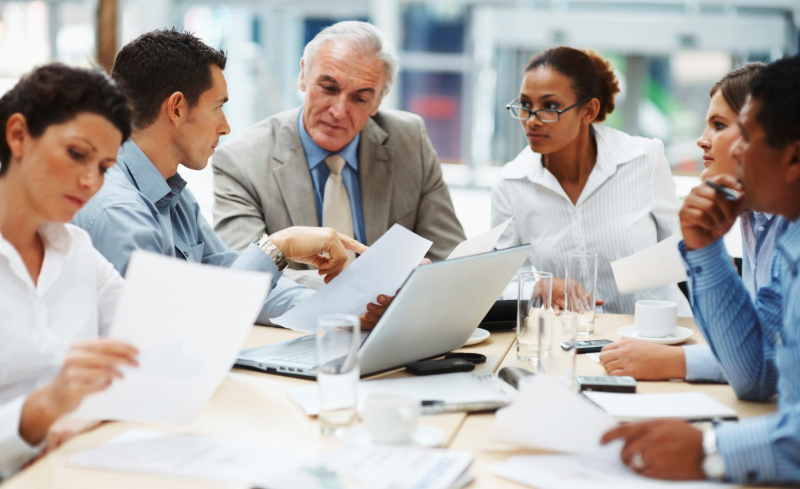 Shortly after the Tax Cuts and Jobs Act (TCJA) was signed into law on Dec. 22, 2017, the Republican lawmakers who wrote and fast-tracked it into law pointed to the measure's immediate effects.

The most immediate indicator was the many companies that gave their workers year-end bonuses.

Some corporate execs acknowledged that the law, which gives big businesses a dramatic 14 percentage points cut on their tax bills (from a 35 percent to 21 percent rate), played a part in the bonus decision.

But as 2018, the first year that the tax cuts will be in effect, other companies are not so sure how they'll share corporate tax savings with employees. Or whether they'll do so at all.

Benefits get a boost: Since passage of the TCJA, 20 percent of the 300 companies polled by the New York-based executive compensation consulting firm Pearl Meyer said they have provided employees with some enhanced benefits.

More than a third of those who boosted benefits, added that they are considering further changes to their benefits package.

Other employee welfare changes: While the year-end bonuses got a lot of attention, most of the changes — 95 percent — according to the poll, were structural changes to compensation. 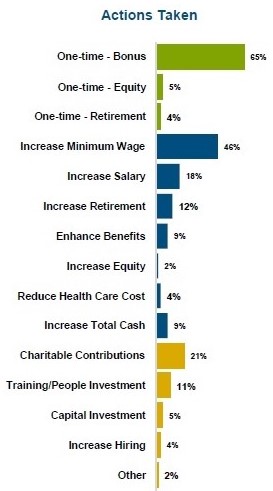 Bonuses were handed out by 65 percent of the companies. Most of this added income was in the form of one-time year-end payments of $1,000.

Forty-six percent of employers decided to use their corporate tax savings to raise the minimum wage they pay some of their workers.

Retirement benefits got a bump at 12 percent of the businesses. Another quarter or so of companies is considering making changes here.

Another 15 percent of employers said in the online survey that they considering reducing healthcare costs.

Other actions that companies also have taken in the wake of the corporate tax cut law don't directly affect immediate compensation, but could in the future.

More wait and see: A majority of the polled execs, however, are biding their tax savings time.

More than half of employers, 52 percent, are not planning any immediate changes to their benefits packages.

The reason? They're unsure of just how much the tax changes will mean to their bottom lines.

Others say they are not anticipating significant enough tax benefits to share.

Boosting business instead: And some companies, notes the New York Times, are buying back their shares with the tax money.

"Those so-called buybacks are good for shareholders, including the senior executives who tend to be big owners of their companies' stock," writes Matt Phillips in his article on how companies are spending more on themselves than on wages.

"The buybacks are also most likely to worsen economic inequality because the benefits of stocks purchases flow disproportionately to the richest Americans," Phillips added.

Share info if not the wealth: Regardless of how any tax savings are or aren't used, keeping employees is the loop is imperative.

"Given the recent wave of announcements and news coverage, companies who are not planning to make changes [should] be prepared to answer employee questions by developing a solid communication plan to explain their rationale," said Pearl Meyer.