Thirty days hath September,
April, June, and November.
All the rest have 31,
Except for February,
Which has 28 to put to use doing your taxes.

OK, I took some liberties with the traditional poem. But it is true that despite its reduced days, February still provides plenty of time to make some key tax moves.

Here, since it is a short month, are three.

Collect your tax statements: Most of the tax statements that you need to fill out your Form 1040 should be arriving by early this month. They were supposed to be to you or at least issued by Jan. 31.

The key forms for income reporting purposes are the W-2 , which you get when you're an employee, and 1099-MISC forms if you're an independent contractor and earned at least $600 on each job. Other types of taxable income are reported on a variety of 1099 versions.

You should check each statement when it arrives to ensure that it's correct. If you think a tax statement is wrong, contact the issuer to clear up any questions. In many cases, a corrected statement will be issued.

However, that's not necessarily the best move, especially when it comes to 1099 data. Tax attorney Robert Woods writes in a recent Forbes column:

"If you don't receive a Form 1099 you expect, consider not asking for it. In some cases, even if you are missing a Form 1099, you still may not want to ask the payer for it. After all, if you are expecting a Form 1099, you already know about the income. You can just report that amount on your tax return, and you don't need the form. IRS computers have no problem with you reporting additional income that does not match a Form 1099 (only the reverse is a problem). If you call or write the payer and ask for a Form 1099, you may end up with two of them, one issued in the ordinary course (even if it never got to you), and one issued because you called. It happens more than you might think."

And if you don't get 1099 because you didn't make enough to trigger its issuance, you're still legally required to report those smaller earnings, too.

Don't re-do your taxes: February's days are few, but holidays this month are many. 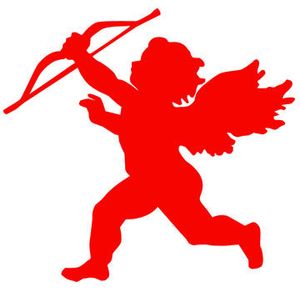 The most widely known is Feb. 14, Valentine's Day. Then there's the federal Presidents Day holiday that gives many of us a three-day weekend. And the whole month celebrates African American history.

But the most fun February holiday is Groundhog Day, which has been immortalized in pop culture thanks to the Bill Murray movie about the annual Feb. 2 weather forecasting tradition.

So that you don't make mistakes or oversights that force you to amend your filing, consider getting help.

It's still early in the tax season, so you should be able to find a tax professional to help you file last year's return and offer some guidance on how the Tax Cuts and Jobs Act changes will affect your 2018 taxes.

You also might qualify for free tax help at one of the IRS-sanctioned Volunteer Income Tax Assistance (VITA) and Tax Counseling for the Elderly (TCE) sites nationwide.

Even if you're not a fan of the Philadelphia Eagles or New England Patriots, chances are you'll be watching the game. Or at least Justin Timberlake's halftime performance.

Millions of folks, however, will be paying attention to the game because they have some money riding on who wins the NFL championship.

Some will have placed wagers, either legally in Nevada (still, pending a Supreme Court decision, the only state where sports betting is sanctioned) or through illegal betting outlets.

Others will be watching to see how on-field actions affect their fantasy football teams.

Regardless of the method, any of those gambling winnings (yes, I count fantasy sports as games of chance more than skill) are taxable income.

More moves: There are more holidays and tax moves in February. You can find them in the ol' blog's right column.

They're listed under the February Tax Moves heading (like the one at left), just beneath the countdown clock that's keeping track of how many days until the April 17 deadline (yes, it's late again this year) for our 2017 returns (and due tax money) to be on the way to the IRS.

Peruse them at your leisure. But don't wait too long.

Time flies when you're having tax fun, especially when there are only 28 days in the month.