Yesterday was a big day for electric vehicles. One was shot into a solar orbit. Terrestrially, a group of U.S. Senators launched an effort to extend tax credits for electric and alternative fuel vehicles. 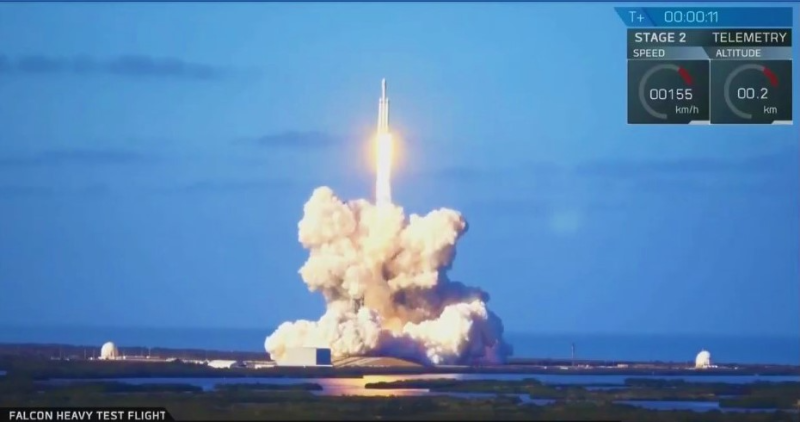 SpaceX, the aerospace company founded by Elon Musk, on Tuesday, Feb. 6, successfully launched one of the heaviest rockets ever. For those of us of a certain age, the Cape Canaveral lift off brought to mind the powerful Saturn V rocket that propelled NASA's Apollo astronauts to the moon in the 1960 and '70s and then sent the Skylab space station into orbit in 1973.

The Falcon Heavy launch was notable for, among other things, marking the first time since the start of the space race between the U.S. and the Soviet Union that a private company has managed to build and successfully launch the world's most powerful rocket.

And in keeping with Musk's proclamation that work, even that as important as expanding space exploration, should also be fun, the Tesla founder used the Falcon Heavy to send his personal high-dollar electric roadster bearing name to infinity and beyond. 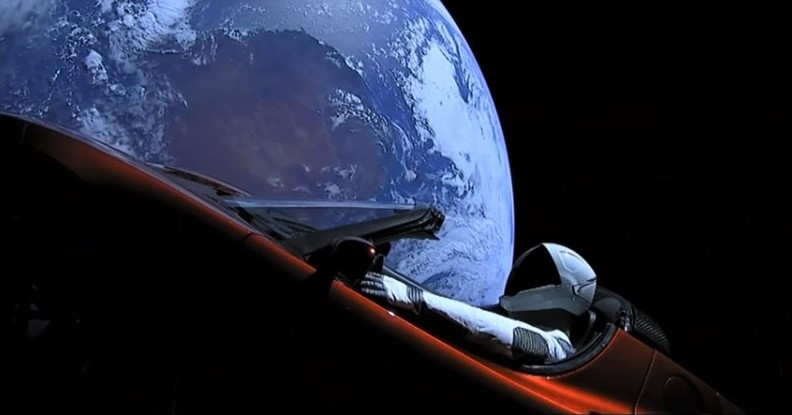 Click image for a live view of Starman "driving" through space. Other views of his space travels are here and here.

OK, the red Tesla sports car, with a space-suit wearing mannequin dubbed Starman behind the wheel who's listening to a loop of David Bowie's "Space Oddity (Major Tom)," is not on the Buzz Lightyear path. Rather, he's settled into a long, elliptical orbit around the sun.

The best way to get us into such eco-friendly wheels, according to 14 Democratic Senators, is to extend for 10 years the tax credits for electric and alternative fuel vehicles and infrastructure in the tax extenders bill that Congress is expected to consider later this year.

Eco and businesses benefits: Transportation is now the largest sector of greenhouse gas emissions in the United States, recently surpassing the electricity sector, according to the letter.

However, fully electric and alternative fuel vehicles currently comprise less than 1 percent of the U.S. vehicle market, according to the lawmakers. Getting more e- and alt-fuel autos on the road will help offset the environmental damage done by fossil fuel vehicles.

This makes it all the more urgent to not cut off tax credits that support the emerging electric and alternative fuels vehicle markets, argue the Senators.

Plus, the tax breaks are critical to auto makers' business plans.

"Auto manufacturers require long-term policy certainty to plan and manufacture new vehicle models, and so this approach to these important tax credits would facilitate a responsible transition to a clean transportation future," the Senators' letter concluded.

Space race return: Private companies started reaching for the stars as far back as 1980 when French company Arianespace was founded, notes Statista, the statistical online portal.

Until recently customers were generally reliant on rockets owned by the U.S. and Russian governments to get their payloads into orbit. That's changing.

Here's a look via a Statista graphic of which countries, since the Cold War space race ran its course, are winning today's new commercial space race: 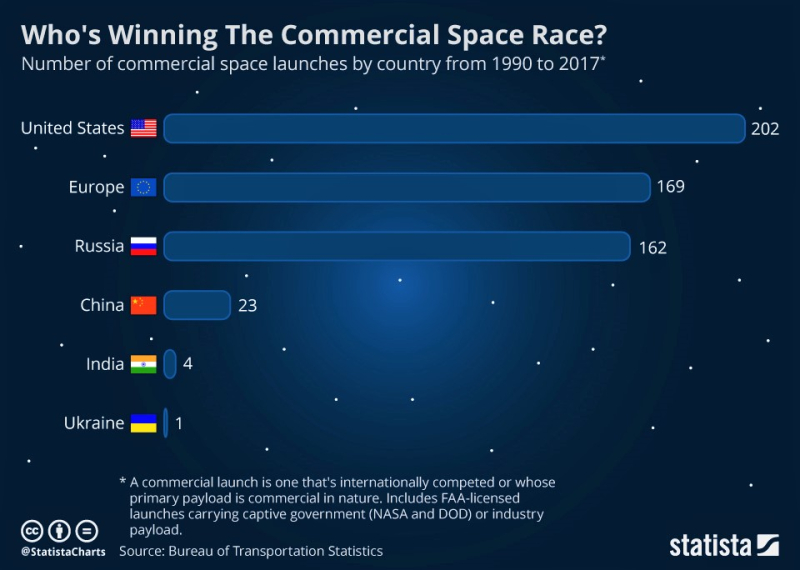 The bar chart above shows the number of commercial space launches by country from 1990 to 2017.