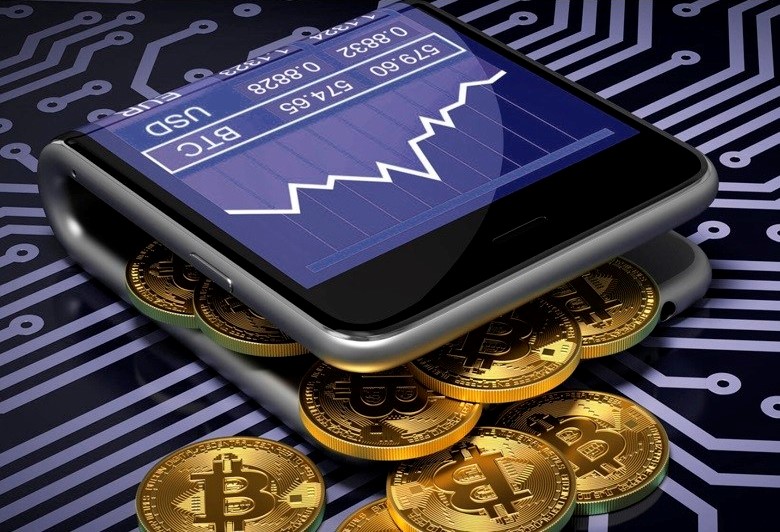 Lawmakers in Arizona and Georgia think their residents don't have enough ways to pay their state taxes. To remedy that, they've introduced bills that would cryptocurrency payments.

While fans of bitcoin and the myriad other digital assets may applaud the idea, they also need to note the downside.

Paying state taxes — or for anything else — with cryptocurrency could mean more federal taxes.

A bill by state Sen. Warren Petersen, a Republican representing Gilbert, would allow income taxes to be paid in bitcoin or other cryptocurrency approved by the Arizona Department of Revenue starting in 2020.

Arizona Department of Revenue would be required to convert bitcoin (for ease of reference, I'm using that as the catchall term for cryptocurrencies) payments to U.S. dollars at the prevailing rate. That converted amount would be credited to the taxpayer's account.

But wait. Aren't cryptocurrencies notoriously volatile? A bitcoin worth around $6,000 last November had more than tripled in value a month later. As I type today, it's worth just more than $10,500.

What happens if a price swing means the Grand Canyon State tax collector doesn't get full payment of the tax due because of conversion and timing issues? That difference, dear Arizona payers of tax in bitcoin, would be your responsibility. As would, depending on when the tax payment was (or wasn't) made, any associated penalties.

Critics say the state tax office already has its hands full. Adding cryptocurrency payments to the mix would only be an added difficult task that would cost more to administer.

Supporters of the Arizona efforts say the 2020 implementation date would give the revenue department ample time to determine which currencies it will accept and how it will make the exchange to U.S. dollars.

Plus, argue Petersen and supporters of his bill, the bitcoin option would fulfill a main goal of all government tax collectors: make it easy and convenient for them to pay.

So far, the yeas have it. The Arizona Senate approved the bill on Feb. 8 by a 16-13 margin. It is awaiting action in the state's House of Representatives.

Georgia on my crypto mind, too: As the Arizona bill moves through that legislature, a similar one in the Peach State is just beginning its path to potential enactment.

Republican state Sens. Michael Williams, representing Forsyth County northeast of Atlanta, and Joshua McKoon, whose district includes Columbus and an area southwest of Atlanta, introduced on Feb. 21 a bill that would allow the state's Department of Revenue as-yet-to-be-defined cryptocurrencies.

Unlike the Arizona bill, however, the Georgia proposal doesn't designate a future date for such acceptance. Rather, it would allow the payments "to the extent and under the conditions which the [state tax] commissioner may reasonably prescribe by regulations or instructions."

Presumably, Georgia could beat Arizona to the bitcoin tax payment punch if the Peach State tax chief deems his office is ready to accept such payments sooner than 2020.

Crypto fans thrilled: Sure, I, a nonfan of bitcoin, find it easy to joke about the possibility of bitcoin tax payments.

But in the wider cryptocurrency world, the Arizona and Georgia moves are greeted enthusiastically as a step toward making the, uh, money more acceptable, especially in the area that affects millions of taxpayers across the country.

If cryptocurrency is good enough for a tax collector, that would go a long way in validating it in the eyes of skeptical (like me) Americans and businesses.

Or, as Arizona State Rep. Jeff Weninger, one of the co-sponsors of the tax payment bill and himself a sponsor of several related bills, told Fox News before the vote that the legislative effort "is sending a signal to everyone in the United States, and possibly throughout the world, that Arizona is going to be the place to be for blockchain and digital currency technology in the future."

Georgia wants to make sure that a similar message gets out about it, too, especially since the state is home to a several cryptocurrency-based companies such as Bitpay, Bitfury and more than 100 bitcoin teller machines, aka BTMs.

The state capital also is home to the newly opened Atlanta Bitcoin Embassy.

State payments could trigger federal taxes: OK, you're a bitcoin aficionado and welcome the chance to use your crypto cash to pay for lots of stuff, including taxes.

Remember that Uncle Sam considers cryptocurrency an asset like stocks or other property you own. The sale of those assets that results in a profit triggers, in most cases, taxable capital gains (which, FYI, is today's Daily Tax Tip).

Say, for example, you pay an Arizona or Georgia state tax bill of $3,000 with bitcoin. If you use cryptocurrency that you bought a few years ago for $1,000 but that's worth the three grand you need to pay your state tax bill, then the conversion to do that means you've made a $2,000 gain on your bitcoin.

And if you use bitcoin you've had for a year or less, then you'll tax on the short-term capital gain at your regular, ordinary income tax rate, which could be higher.

Similarly, if when you bought bitcoin for $6,000 but on day you used it to pay your state taxes it was worth just the $3,000 demanded by the tax collector, your sale to pay that bill would produce a $3,000 capital loss.

The bottom line is that paying taxes with cryptocurrency results in a capital gain or loss. To know which, and how much you must pay on or deduct from the transaction, you must keep good records of your crypto holdings.

While the option to pay state taxes with bitcoin is still years away, that record keeping habit is a good one to get into now.

That's especially true since the IRS is continuing to track down — and having some success; Coinbase is getting ready to comply with a court order and hand over the names of around 13,000 of its customers —cryptocurrency owners it believes have not been complying with federal tax law.