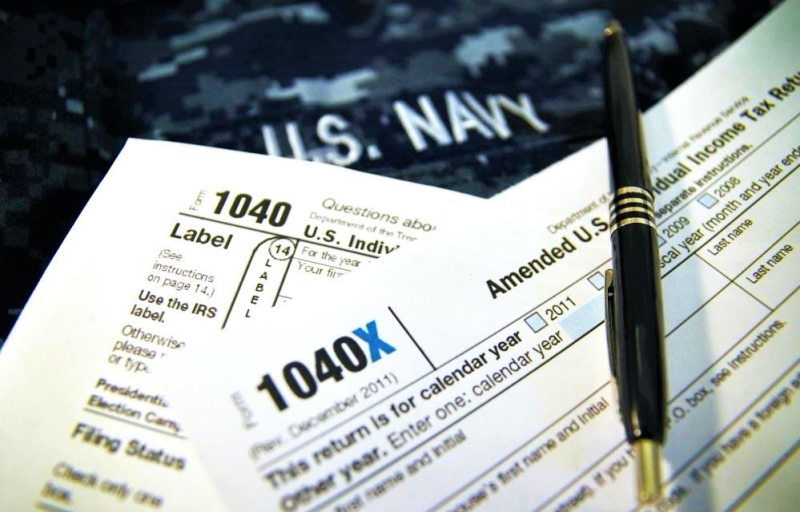 With identity theft and refund fraud being so ubiquitous, folks might understandably think an unexpected tax refund notice is a scam.

This time though, it's real for more than 133,000 U.S. military veterans who may qualify for their portion of federal tax refunds totaling an estimated $78 million.

These former service personnel are due the money because they wrongly paid taxes on disability severance pay. Some of the erroneous tax payments go back as far as Jan. 17, 1991.

The amount due eligible veterans varies based on rank and years of service, but some former service members may have been taxed as much as $11,000, according to the National Veterans Legal Services Program (NVLSP), the nonprofit group that discovered the tax mistake.

No tax on veterans' disability: Under federal law, veterans who suffer combat-related injuries and then leave the military are not supposed to be taxed on the one-time lump sum disability severance payment they receive from the Department of Defense (DoD).

However, for years DoD improperly withheld taxes on these payments from thousands of qualifying veterans. Most of the discharged military members were unaware that their benefits were being improperly reduced by taxes.

The erroneous withholdings were automatically deducted by the Defense Finance and Accounting Service system since early 1991. That meant that some troops injured in conflicts from the Gulf War to the wars in Iraq and Afghanistan were improperly taxed thousands of dollars.

However, the 501(c)(3) nonprofit organization that works to ensure government benefits are delivered to U.S. veterans and active duty personnel, determined that the most effective solution was a new law and contacted Capitol Hill.

The bipartisan measure, championed by Sen. Mark Warner (D-Virginia) and Sen. John Boozman (R-Arkansas), instructed the Defense Department to calculate what money is owed to whom and provide veterans the option to reclaim the taxes.

Since the law's enactment, the DoD has found more than 133,000 potentially eligible veterans out of the 300,000 who received the disability severance payments.

Second chance for refund: The DoD and Internal Revenue Service had realized that the taxes were improperly collected due to what they called a computer glitch.

Both agencies tried to notify the affected former military personnel about how they could claim their tax money. However, more than 133,000 didn't get the word.

Now those vets are getting another shot at getting their tax money.

The letters are expected to go out in the next month to affected veterans and will include information about the amount of disability severance payments that were improperly taxed.

The notice also will have instructions for filing an amended tax return (Form 1040X) to receive the refund.

Once the eligible veterans get the DoD notification about the improperly collected taxes, they will have a year to file a claim for the refund.

Pols happy, too: "These are veterans who were wounded in service to our country, but because of Pentagon bureaucracy, many of them were robbed of money that they had earned through their service, payments that were intended to help them transition into civilian life," said Warner in a statement announcing the long-awaited . "They deserved better. I am glad that our legislation has kicked-off the process to restore these improperly withheld taxes."

"For nearly three decades our wounded combat veterans were unfairly penalized for injuries they sustained while in service to our country. I’m pleased that the Department of Defense is beginning the process to right this wrong and provide our veterans with the benefits they earned," said Boozman in his own statement.

Regarding the refund check from the IRS for the Combat-Injured Veterans Tax Fairness Act...while the principle (claim amount from, for example, 2002) is considered Non-Taxable Income for the year that the IRS issues the check (i.e. 2018), any interest added to the principal (from 2002) is considered taxable interest income for the year that the check is issued (in this example, 2018). Wait for the 1099-INT from the Department of the Treasury / Internal Revenue Service and file it with your 1040 for the current tax year. In this case, the Non-Taxable principle from 2002 was ~$9k, while the accrued interest was also ~$9k...so a check of ~$18k. In some cases, this may wipe out your scheduled Federal Tax Refund for 2018 due to the increased taxable income from the accrued interest. This veteran saw his Federal Refund go from ~$1,700 to owing ~$900 to Uncle Sam.

Interested in this question also, I filed for standard $1750 with discharge in October 1991.

Will the I.R.S. Be paying interest to qualified Veterans like myself? If so, how is the interest calculated? I filed for the standard $1750 from my discharge in 98.