The Internal Revenue Service will start accepting tax year 2017 returns on Monday, Jan. 29. Other key dates to note this 2018 filing season include the start of Free File (Jan. 12), the earliest some tax-credit-related refunds can be issued (Feb. 15+/-) and Tax Day (April 17). 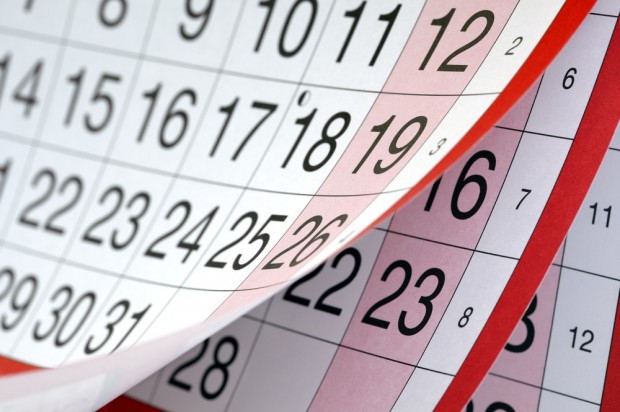 That's about a week later than the annual filing season started last year, meaning the agency will be under added pressure to process the nearly 155 million individual tax returns expected to be filed this year.

In dispelling rumors last November about when the 2018 filing season might start, the IRS noted that the exact date would depend in part on possible Congressional action on expired tax laws that could affect 2017 tax returns.

Those tax measures, known as extenders because they must be periodically renewed, weren't addressed by Dec. 31. The House and Senate are expected to review the extenders during this coming legislative session.

One of the new tax laws that took effect on Jan. 1, however, will affect itemized medical deductions on 2017 returns. Schedule A must be revised to reflect the temporary return to the 7.5 percent of adjusted gross income threshold for these claims.

The IRS also said that the season's later start also was due to updates (some of which are continuing) to the agency's programming and processing systems for 2018.

Filing early is allowed: Although the IRS won't start processing tax returns until the of this month, that doesn't mean you have to wait to fill out and submit your return.

Many software companies and tax professionals plan to accept tax returns before Jan. 29 and will hold them until the IRS officially accepts submissions.

Since the IRS is getting a late start in processing this year, if you don't already e-file you might want to consider the option.

While it will accept both paper 1040s and e-filed returns starting on the 29th, the IRS said it won't process the paper filings until mid-February as it continues system updates.

So to get any refund more quickly — the IRS is sticking with its estimate that more than 90 percent of refunds will be issued in less than 21 days — the tax agency encourages people to file returns electronically.

Free File opens Jan. 12: One way to e-file is to use Free File. This government/private tax industry partnership, now entering its 16th tax filing season, allows eligible taxpayers to, as the name says, prepare and file their returns for free.

While the IRS mentioned Free File in its announcement of the start of the 2018 filing season, it didn't give an opening date for the no-cost program.

However, the website for the Free File Alliance — that's the group of tax software manufacturers who participate in program — says that the option will be available Jan. 12. I'm taking their word for it, but will keep checking in case there's any time shift.

To qualify for Free File, which you'll find on IRS.gov, you can't make more than a certain amount. This year, that limit is adjusted gross income of $66,000 or less for tax year 2017.

And although Free File users get a head start, if past tax-filing history holds, that won't mean those returns will be processed any sooner.

Free File opened early last year, too, but that just meant the returns were placed in the IRS' processing queue to be handled when the official filing season opened. I suspect that will be the case in 2018, too. That's the case this year, too.

Mid-February hold: While the IRS will start processing e-filed returns on Jan. 29, some of those early filers won't get their refunds until almost a month later.

The delay is due to the federal law, first implemented last year as part of the Protecting Americans from Tax Hikes (PATH) Act, that requires the IRS to hold until mid-February certain tax-credit related refunds. Specifically, the delayed tax cash is any that's from a return on which the filer claims the Additional Child Tax Credit (ACTC) and/or the Earned Income Tax Credit (EITC).

It doesn't matter if, say, only $100 of a $500 refund is directly attributable to one or both of the tax credits. The full refund, per the law, must be held until mid-February.

And that Feb. 15 or so issuance date is the best-case scenario.

The IRS expects the earliest that any ACTC/EITC-related refunds will be available in taxpayer bank accounts or on debit cards is Feb. 27. If the filers ask for a paper check, it will be even later.

And that's assuming there are no other issues with the affected tax returns.

Later Tax Day, too: Finally, the ultimate tax date to note is the April deadline for filing returns.

This year that's April 17, giving taxpayers two additional days to fill out their 1040s and come up with any tax due when you file or get an extension.

The extra time is because April 15, 2018, falls on a Sunday. That usually would mean the deadline moves to the following Monday.

But Monday, April 16, is Emancipation Day, a legal holiday in the District of Columbia. Under tax law, legal holidays in Washington, D.C., affect the filing deadline across the nation. So that means Tax Day 2018 is on Tuesday, April 17.