Ignoring the EITC could cost you valuable tax dollars 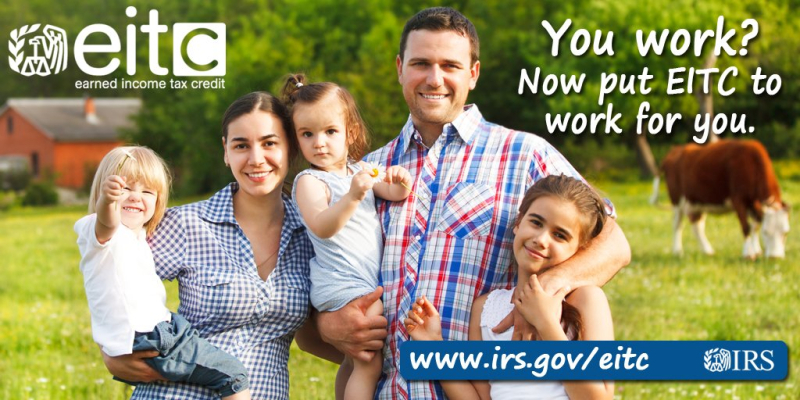 Every tax filing season, millions overlook the Earned Income Tax Credit (EITC), a tax break that could save them thousands of dollars.

Nationwide, the Internal Revenue Service says that every tax season around 20 percent of filers who could claim this credit don't. That's an amazing statistic in a tax culture that's obsessed with getting refunds.

Why EITC is ignored: So why are so many filers leaving all those tax dollars in the U.S. Treasury's account? There are three main reasons.

First, some people think they make too much money to claim the EITC. True, this tax credit was created during the Johnson Administration as part of LBJ's war on poverty, but it has changed over the years to help many more workers. A married couple with three or more kids and a combined income in 2017 of less than $53,930 is eligible for the EITC and could get as much as $6,318 in tax relief.

Others don't claim the EITC because they don't have children. That's a common misperception since, as I just did in the preceding paragraph, coverage of the tax credit often focuses on its benefits for families. True, the largest EITC amounts go to larger families. But folks with just two, one or no children also can claim this tax credit.

Finally, there's the time factor, both in claiming the credit and getting your refund. Filing for the EITC is a bit complicated, meaning it takes more time to gather the info and fill out the necessary forms.

Plus, such claims now will slow down delivery of tax refunds. The IRS now much hold refunds until mid-February where taxpayers claim the EITC or the Additional Child Tax Credit (ACTC). This applies to the full refund, not just the portion associated with the EITC or ACTC.

This mandatory refund hold, which the IRS says means that Feb. 27 is the earliest that this year's EITC/ACTC related refunds will be directly deposited in taxpayer bank accounts or put on debit cards, has prompted some EITC-eligible folks to totally forgo making the claim.

That's a very bad reason not to take a tax break. Waiting a bit longer for a bigger refund is way better than not getting the full refund you're entitled to receive.

Why credits rule: And ignoring the EITC is a particularly bad move since it's a tax credit. That means rather than just reducing your taxable income amount like a deduction does, a credit is a dollar-for-dollar offset of any tax you owe.

But the EITC is even better. It's also a refundable credit. As the name indicates, a refundable tax credit gets you tax cash back even if you don't owe Uncle Sam.

OK. You're convinced. You're going to at least look into the EITC this year. Great! Here's what you need to know to claim it on your 2017 tax return.

You have to have work in order to be eligible for the EITC. That means you have a wage or salary paying job. Self-employment earnings count, too.

However, any money you made while incarcerated, as part of a work release program or while in a halfway house doesn't count in calculating how much the EITC is worth to you.

And if you do have some investment income, known as unearned income because your money, not you, did the work, making too much here will disqualify your EITC claim. For 2017 EITC claims, your investment earnings must be $3,450 or less.

Service personnel issues: Members of the military get some special EITC consideration. (Yes, some of our armed services personnel are paid so little that they are eligible for this tax credit.)

When a military member gets combat pay for serving in a dangerous situation, that money generally is tax free. And that's generally a good thing when it comes to taxes.

But with the EITC, you need to make a certain amount of money (but not too much) to get the credit's maximum benefit. So for EITC calculation purposes, service members can choose to include all or none (it's either or; you can't use just a part of it) of their combat pay.

Kids not required: The EITC often is touted as tax help for lower-income working families. It is.

But some single taxpayers who don't have any dependent children also can claim the EITC.

In these cases, you must be at least 25 years old, but younger than 65 at the end of the tax year. You also must live in the United States for more than half the year and you can't qualify as another person's dependent.

So if you're a person without any dependent kids, but not a very high-paying job and meet the other requirements, don't ignore the EITC. It could get you some welcome tax cash.

Earning triggers, limits: Now to the numbers, starting with the amount of money you need to earn to claim the EITC.

This tax break was designed for folks who don't make that much, but just what does the IRS consider too much?

Like most other tax situations, it depends on your filing status. And for EITC purposes, the number of kid you have also matters.

For 2017 taxes, you can claim the EITC if your income is less than:

These earning caps are adjusted each year for inflation. If you're interested in looking at what you can make this year and still qualify for the EITC, you'll find details in part 4 of this year's inflation series: Tax deductions & credits affected in 2018 by inflation.

And if you're looking for the married filing separately status info, stop. It's not there. You can't claim the EITC if you and your spouse file your 1040s that way. 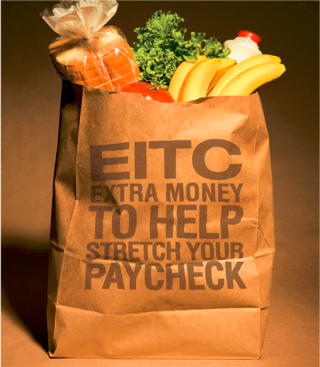 Maximum EITC amounts:  Finally, the big question. Just how much money can you get from the EITC?

The maximum EITC amounts for eligible 2017 tax return filers are:

That money could do a lot of taxpayers a lot of good.

So if you might be eligible for this tax break, please look into claiming the EITC. You can use the IRS' online EITC Assistant to see if you qualify

And if you know someone who could benefit, too, please spread the word!

That plea comes not just from me, but also from Uncle Sam's tax agency. The IRS is holding its 12th annual EITC Awareness Day today, Jan. 26, in an effort to make sure every EITC eligible taxpayers take full advantage of this tax break.