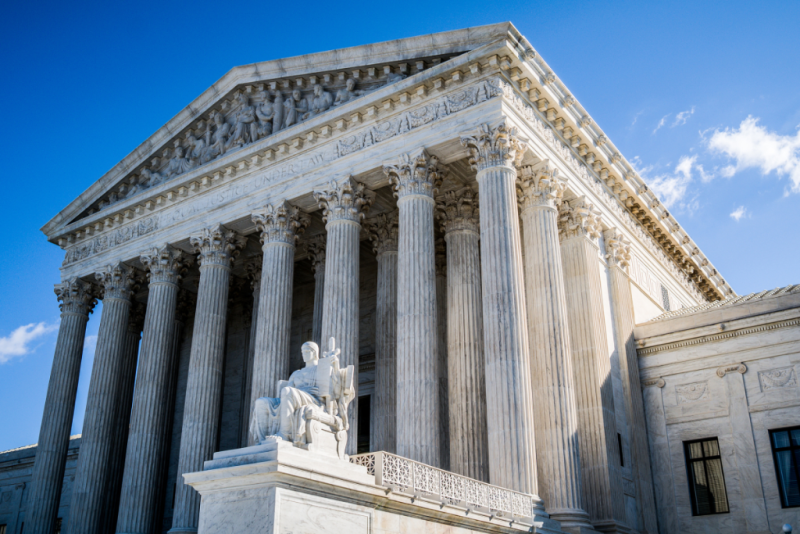 Much tax attention has been focused on the new tax law that now limits the federal deduction filers can claim for the state taxes they pay.

But another impending state tax decision could affect even more taxpayers across the country.

The Supreme Court of the U.S. (SCOTUS) will decide this summer whether more of us will be paying state sales taxes on our online purchases.

That's already a price that folks in the 45 states and Washington, D.C. pay when they buy products from internet retail giant Amazon. If the High Court sides with Mount Rushmore state officials in South Dakota v. Wayfair, Inc., thousands of other companies will be adding state sales taxes to buyers' online invoices.

The Dakotas wage sales tax civil war: The South Dakota sales tax law, which was to have taken effect May 1, 2016, requires certain remote sellers, abased on sales numbers or the dollar amount of sales, to collect and remit sales tax to the state whether or not they have a physical presence there.

When several retailers refused to comply with the South Dakota's new law, the state sued, effectively putting tax collection on hold as the case has moved through the legal system.

At the lower legal level, state courts ruled for the companies, noting that they were "duty bound to follow" existing U.S. Supreme Court rulings. The ruling cited by the lower courts is Quill v. North Dakota, the 1992 Supreme Court decision that reaffirmed physical presence as the standard, known as nexus, for requiring retailers to collect state sales tax.

That legal recourse was exactly what South Dakota tax officials have wanted since the law was written. In fact, S.B. 106 creating the law was designed as a direct challenge to Quill. The bill noted:

"Given the urgent need for the Supreme Court of the United States to reconsider this doctrine, it is necessary for this state to pass this law clarifying its immediate intent to require collection of sales taxes by remote sellers, and permitting the most expeditious possible review of the constitutionality of this law."

Yes, the tax irony is wonderful. South Dakota going after the law established by a case involving its neighbor North Dakota.

Even better, the case will be heard during the High Court's April sitting, which begins around the 2018 due date for our federal 1040 filings.

Technology has surpassed tax collection: Such clarification of the High Court's 26-year-old decision is necessary, argue supporters of the South Dakota remote sales tax law, because of the immense growth of internet commerce.

While online sales have exploded, state and local sales tax revenue has not followed. The Government Accountability Office estimates that states missed out on as much as $13.4 billion in 2017 because they didn't make remote sellers collect tax.

Several states have changed, or tried to change, their sales tax laws to expand nexus (as I noted in my 2017 top 10 tax matters post; it's #7). Others are waiting on and hoping for a SCOTUS decision that will make those efforts moot.

They might get their wish. At least one of the nine justices seems to agree that Quill needs another legal look.

In the 2015 ruling on Direct Marketing Association v Brohl (Colorado Department of Revenue), Kennedy said he and his colleagues "should have taken the opportunity to reevaluate" prior cases "in view of the dramatic technological and social changes that had taken place in our increasingly interconnected economy."

Legal eyes also will be on Justice Neil Gorsuch, the newest member of the country's highest court.

Does that mean it will be relatively easy for five SCOTUS justices to find for South Dakota and decide that the internet and ease of remote sales options now abrogate sales tax borders? We'll soon see.

In the meantime, you might want to get your internet shopping done!

I share this information quite a bit so I thought it would be helpful to me as well to have some of the best pins in one post.

"It will be more difficult to do business"? Local businesses will now be on more level playing field. Buying something from out of state to avoid sales tax when the buyer is legally obligated but avoids paying use tax robs the state of revenue and punishes in-state businesses.

Very interesting information.
It is a pity only now it will be more difficult to do business.