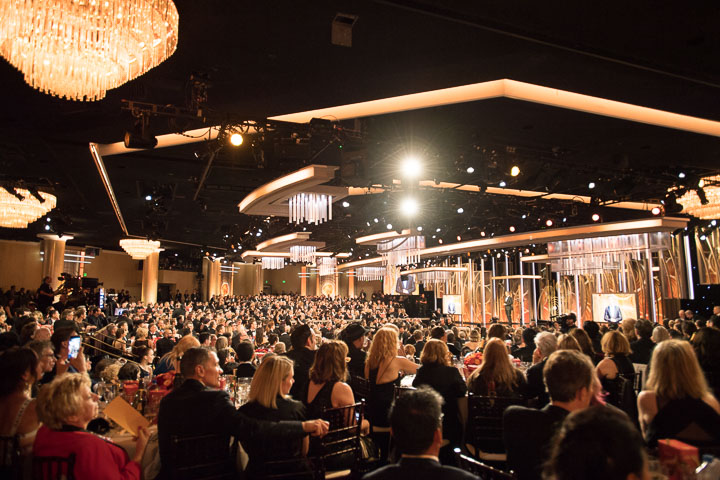 I watched the Golden Globes. I am a big movie and television fan, so I wanted to see what one tiny subsection of awards voters, in this case the Hollywood Foreign Press Association, thought about recent entertainment offerings.

Plus, I wanted to host Seth Meyers' take on Hollywood's harassment issue. I was thrilled to see his late-night show writers Amber Ruffin Jenny Hagel there to help out with a celebrity version of Jokes Seth Can't Tell.

Here are three specific ones.

A federal film and television tax break has expired, but could come back to life when Congress looks at tax extenders.

I'll examine these tax options more as the biggest of awards show, the Oscars, gets closer.

2. No tax break for bad behavior: The tax implication, however, that was most relevant last night, and probably will be again at the other awards shows this season, is the one in the just-enacted Tax Cuts and Jobs Act (TCAJA) dealing with sexual harassment legal settlements.

In support of efforts to end harassment, almost everyone at the Golden Globes wore black. Only three attendees, all women, opted for more colorful attire.

"My mom and I planned this together a couple of months ago, it is a cultural thing. When you have a celebration, you don't wear black. So she would be appalled if I were to [have] worn black. And so this is, for my mom," Tatna told Entertainment Tonight. She specifically lauded the #MeToo and #TimesUp movements in her remarks during the show.

Meier also voiced her support for efforts to fight sexual harassment, but added that she wore her blue-based floral dress because, "We should not have to wear black to be taken serious. U.S. women should shine, be colorful and sparkle. In my opinion this symbolizes our freedom and our new strength."

Blanco stressed that she, too, applauds and stands by "the courageous actresses that continue to [break] the circle of abuse through their actions and their style choice." But Blanco said she chose to wear red simply because "I love red."

3. A tax film starring role: And in case you're wondering why Blanco's daring dress was the only one I showcased here, it's because she has a tax connection. Really!

The California-born actress' IMDB bio lists "It's Patriotic to Pay Taxes" as one of the productions in which Blanco had a leading role.

My search of the online entertainment database didn't turn up anything about the film. Neither did Googling.

The production title sounds to me more like a public service announcement or training film. But I couldn't find anything by that name in that category either.

I even looked into the much-criticized pop-culture themed tax videos that the Internal Revenue Service produced a few years back and again came up empty. For that, I'm sure the IRS is very thankful given the exposure Blanco got last night as she walked the red carpet.

And if anyone has a DVD or knows where I can stream "It's Patriotic to Pay Taxes," please let me know.

That is so funny! A great outfit to combat the sexual harassment issue.