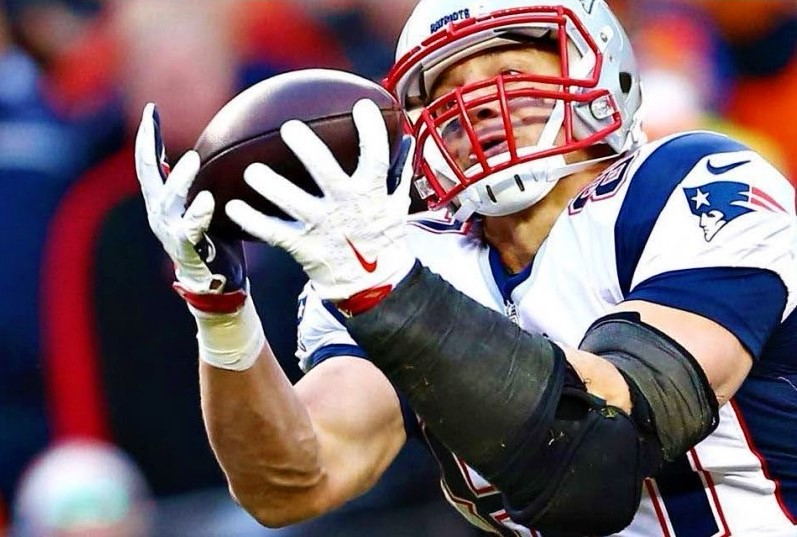 If the New England Patriots win their sixth NFL championship next Sunday, it probably will be because of some key catches by Robert Gronkowski. (Photo via NFL.com Super Bowl LII media kit)

Yes, I'm going with Nevada's sports books and taking the surer bet that once Super Bowl LII ends, the New England Patriots will take their sixth Lombardi Trophy back to Foxborough, Massachusetts.

Jimmy Garoppolo joins those of us betting on/rooting for the Pats, even though they traded him to the San Francisco 49ers last October.

The reason? Money. It's always the reason when sports are involved.

Regardless of LII's outcome, Garoppolo will get a nice payday. If his old team somehow manages to lose to the Philadelphia Eagles, he'll pocket $56,000. If the Patriots win, Garoppolo's cut will be $112,000.

And when all the shouting is done and the confetti has stacked up on Minnesota's U.S. Bank Stadium field, Garoppolo actually will take home more from Super Bowl 52 than the Patriots star quarterback Tom Brady.

Still a championship eligible player: Michael McCann and Robert Raiola explain in a recent Sports Illustrated article why (1) the former Patriots player is getting any Super Bowl money at all and (2) why his final amount will be larger than what Brady or any Patriots' player pockets.

The answer to both issues is convergence of the NFL's collective bargaining agreement (CBA) and state tax laws.

First, the CBA. Specifically, Article 37 of the CBA. It says that all players get equal post-season pay, be they the star quarterback or a bench-bound backup or an injured player. So in the AFC and NFC league championship games, all players were paid the same. That's the deal in the Super Bowl, too.

But the part of Article 57 that affects Garoppolo is its determination of who gets paid these equal amounts. For conference championships and the Super Bowl, the list of post-season players qualified to get a share includes former players who were on the active or inactive lists for at least eight games that season (or post-season) and are not currently on the roster for another team in the same conference.

Bingo. Article 37 covers Garoppolo here. He was a New England player for the CBA's requite eight games before the across-country trade. And that's why Article 37 gets this week's By the Numbers honor.

Jock and state tax savings: Wait, you say. How can an NFL CBA provision get recognition as the ol' blog's weekly tax-related number when it has nothing to do with taxes?

But it does. And that brings us to McCann's and Raiola's answer to the second question about why a former New England QB will get paid more than its current one.

Garoppolo, all the Patriots and Eagles players in the big game and other Article 37 payout recipients will owe federal taxes on their Super Bowl LII earnings.

Garoppolo, however, won't owe the jock taxes that the players on the field next Sunday will. 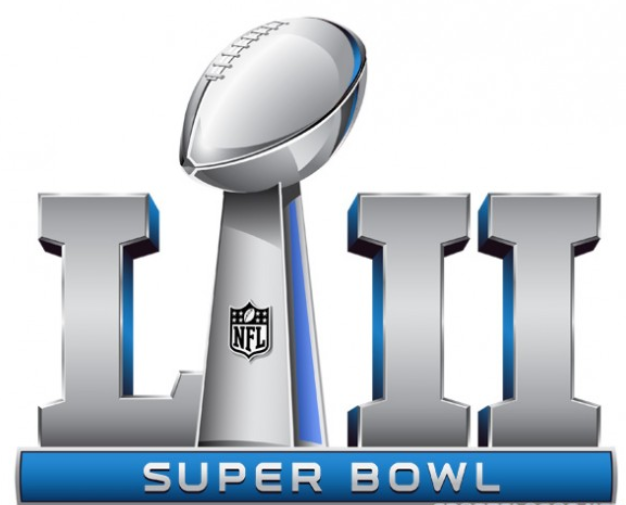 Jock taxes are the bane of all professional athletes. Not only does it require a lot of complicated calculations (usually done by their tax professionals and accountants), it also can make a big paycheck difference.

In fact, two years ago when Super Bowl L was played at Levi's Stadium in Santa Clara, California (home of the San Francisco 49ers), the state's jock taxes meant some players paid more in taxes than they made from the NFL championship game.

This year, the Patriots and Eagles team members will be subject to Minnesota's state income tax of 9.85 percent for their game time and other duty days in the state. Yes, that almost 10 percent rate is the second-highest income tax after California's 13.3 percent among states that have an NFL team.

Even if Garoppolo goes to Minneapolis for the game, he'll be there as a fan, not for work. So no jock tax for him on Feb. 4.

State of residency key: But what about the aforementioned high individual income tax rate for residents of California, the state that's home to Garoppolo's current team? Won't the Golden State tax collector take a bite out of Garoppolo's Super Bowl share?

Probably not, say McCann, SI's legal analyst and Associate Dean for Academic Affairs at the University of New Hampshire School of Law, and Raiola, Director of the Sports & Entertainment Group of the CPA and Advisory Firm PKF O’Connor Davies.

Garoppolo's state tax liability would be based on his state of residency. McCann and Raiola write:

It's more likely, say the article's authors, that Garoppolo is a resident of Illinois, where he was born and raised and played both high school and college football, or Massachusetts, where Garoppolo played for the Patriots from 2014 to October 2017.

Both Illinois' 4.95 percent top rate and Massachusetts' 5.1 percent rate are lower than the Minnesota levy.