UPDATE, Feb. 8, 2018: The Trump Administration made it official this afternoon, announcing Donald J. Trump's intent to nominate Charles P. Rettig as the next commissioner of the Internal Revenue Service. If confirmed by the Senate, Rettig will serve a five-year term that began Nov. 12, 2017, when prior commissioner John Koskinen left.

Tax practitioners are generally pleased to see someone from their ranks selected to helm the IRS. Capitol Hill reaction also was positive. "With a long history of helping families and job creators navigate the tax code and stand up to the IRS when the agency is wrong, Chuck Rettig as the new IRS commissioner is just the partner we need as we work to overhaul our nation’s tax administrator," said Rep. Kevin Brady (R-Texas), chair of the House Ways and Means Committee, following the White House announcement. 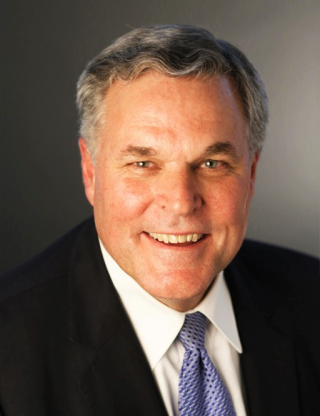 Charles P. "Chuck" Rettig, a California tax attorney, reportedly will be named by Donald J. Trump as the next commissioner of the Internal Revenue Service.

Rettig is a litigator at the Beverly Hills-based law firm of Hochman, Salkin, Rettig, Toscher & Perez PC. His specialty is disputes between taxpayers and tax collection authorities, known in the tax world as tax controversy cases.

If confirmed, Rettig would replace John Koskinen, who completed his term as the IRS' 48th commissioner last November. Since Koskinen's departure, David Kautter has been serving as the agency's acting director, as well as keeping his job as Assistant Treasury Secretary for Tax Policy.

Already advised the IRS: Rettig is familiar with the workings of the federal tax system. His bio on the firm's website says that in his 35-plus years with the tax practice, he has represented clients before the IRS and the Tax Division of the U.S. Department of Justice, as well as before numerous state taxing authorities and in federal and state court litigation and appeals.

"As a strong supporter for the integrity our system of tax administration, he has long been appointed by various Federal and state taxing authorities to their Advisory Boards and has often been invited to lecture to IRS and other government representatives regarding the accountability of both government and private tax practitioners to the public as well as to our tax system," according to his company C.V. "His ongoing efforts have earned him tremendous respect throughout the government and private tax practitioner communities."

The IRS apparently is among those tax communities.

Rettig was appointed in 2010-2011 as chair of the IRS Advisory Council (IRSAC), on which he had served since 2008. One of IRSAC's roles is to review existing tax policy and recommend policies regarding both existing and emerging tax administration issues. IRSAC members also suggest operational improvements; offer observations regarding current or proposed IRS policies, programs, and procedures; and advises the IRS Commissioner and senior agency executives on tax administration issues.

In addition, Rettig is a Certified Specialist in both in Taxation Law and in Estate Planning, Trust & Probate Law and is admitted to practice law in California, Hawaii and Arizona (inactive).

The firm's website says Rettig and its other tax controversy lawyers "have represented numerous high net worth individuals and their closely held entities involved in examinations conducted by the Global High Wealth Industry Group of the IRS Large Business and International division (commonly referred to as the IRS 'Wealth Squad'). This is a specialized, experienced group of IRS examiners solely focused on conducting audits of high-income/high-wealth taxpayers and their related closely held entities."

Sound familiar? Perhaps like a resident of 1600 Pennsylvania Avenue in Washington, D.C., whose tax returns seem to be under perpetual audit?

Agrees with Trump no-return-reveal stance: There's no indication that Rettig or his firm have any connection with Trump or his businesses, but Rettig did address Trump's refusal to make his tax returns public during the presidential campaign (and after he was elected).

As a contributor to Forbes' IRS Watch blog, Retting wrote in February 2016:

"Is there any legal impediment to Trump publicly releasing his tax returns? Absolutely not.

Would any experienced tax lawyer representing Trump in an IRS audit advise him to publicly release his tax returns during the audit? Absolutely not."

Rettig added that, "Teams of sophisticated tax advisers were likely engaged throughout Trump's career to assure the absence of any 'bombshell' within the returns. His returns might actually be somewhat unremarkable but for the fact they are the returns of Donald Trump."

He also speculated that Trump "likely pays taxes at a lesser rate than many of us given the nature of his real estate and similar investments being subjected to lower tax rates than salaries earned by the rest of us. Certainly, his tax professionals have not advised him to overpay his taxes."

He is a good specialist. If there is even the slightest opportunity, he will certainly use it.