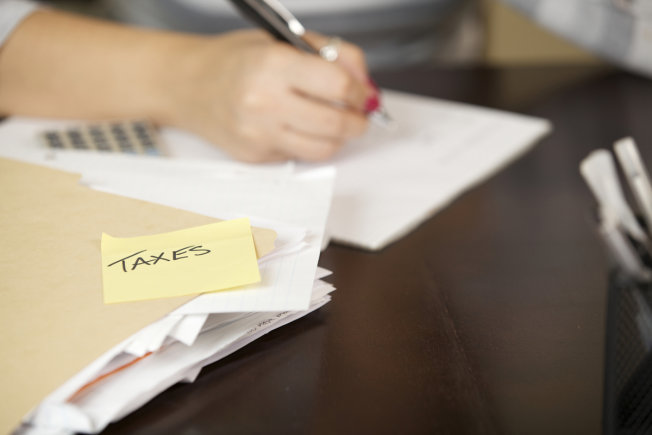 Some folks have already filed, including for free via Free File, which actually opened on Jan. 12. Others, however, will be, shall we say, more deliberative, pushing off filing until closer to April's Tax Day or later thanks to an extension.

While you need to take as much time as you need to complete your Form 1040 accurately and fully, it can be beneficial to file earlier rather than later in the tax season.

Here are six reasons why early tax filing is a good idea.

1. To beat tax ID thieves to the punch.
The IRS and its Security Summit partners have made good progress in reducing tax identity theft and refund fraud. But they haven't stopped this crime, which regularly is among the top consumer complaints across the country.

And the IRS already has warned that the crooks are getting a head start this year. The criminals know that the early fake filer has a better chance of stealing our rightful tax dollars.

That means all us real filers must act faster, submitting our returns before criminals use stolen Social Security numbers to submit fraudulent returns in order to steal fat, fake refunds.

When that happens, the IRS will kick out your legitimate return since their records will show that you've already filed and been sent "your" refund. Clearing up the fake tax filing mess can take time, time that you're without your legal refund.

2. To get your refund sooner.
Most people who file early do so because they're getting a refund. To get that money even sooner, the IRS says you should file your return electronically and direct the IRS to directly deposit your refund into your bank account.

This method, says the IRS, allows the agency to send out most refunds within 21 days of processing. Filing the old-fashioned paper way could add weeks to your refund delivery.

Note, however, that even when you file this way, the IRS now must hold until mid-February refunds from filers who claimed the Earned Income Tax Credit and/or Additional Child Tax Credit. Still, getting your return with these credit claims into the IRS hand sooner will get you at the front end of that delayed refund issuance line.

3. To figure out how to pay what you owe.
A lot of folks delay filing because they know they owe taxes. But filing early actually can help here.

When you fill out your tax return, you'll know exactly how much you owe Uncle Sam. Armed with this specific dollar knowledge, you can figure out how to come up with the cash. Do you need to raid an emergency savings account? Or borrow from a family member? Or put it on a credit card (don't forget to take the fees into account!)? Or set up an installment payment with the IRS?

Remember, too, that you don't have to send that tax due amount when you file your form early. You still have until April 17 this year — yes, Tax Day is later in 2018 due to April 15 falling on Sunday and Monday, April 16, being the Washington, D.C., Emancipation Day holiday — to send in your due taxes.

You can send that amount due, shown on the "Amount you owe" line of your 1040, 1040-A or 1040-EZ form, later electronically via the various e-payment options provided by the IRS.

Or if you decide to send your tax payment via check or money order after filing your forms, you'll need to complete and include with your payment Form 1040-V payment voucher.

4. To find a tax professional.
If you need the help of an educated, experienced tax professional to finish your return, you're more likely to find that help earlier in the tax season. As the filing deadline nears, it's generally tougher to get on a good tax pro's schedule.

In fact, as filing crunch time nears, if you can hire the tax pro you want, he or she probably will have to file an extension for you because they are working on the returns of other clients, who came to them earlier.

There's also the economics of hiring a tax pro earlier in the season. Most tax preparers will charge more to work on returns as the filing deadline nears.

5. To clear the tax deck and start focusing on the new 2018 tax laws.
Most of us put off things because they are unpleasant. That's definitely true of filing taxes, even when you get a refund.

But when you face a troublesome task, it's generally best to quit procrastinating and get it out of the way as soon as possible. That's definitely true of income taxes, whether you owe or are due a refund. And if you live in a state with an income tax, which is most of them, you'll be able to tackle those state and local returns, too.

So just man or woman up and get it done!

Then you can focus on what the new tax laws that took effect on Jan. 1, 2018, mean to you. That tax pro you wisely hired early can help here, too. He or she can help you determine whether you should expect a refund again next year.

Or if you should re-do your W-4 form to more accurately account for your payroll withholding allowances. Or if you need to make estimated tax payments to cover expected federal tax shortfalls due to things such as investment earnings.

The bottom line is that with 2017 taxes out of the way, you can better plan moves that will lower your 2018 tax liability or increase any refund you might get next year.

Not to be cynical, but this latest deal only guarantees Uncle Sam's doors will be open through Feb. 8. I hope that the concerns that led to this shutdown, notably a deal to keep Deferred Action on Childhood Arrivals (DACA) young people in the United States, the only country they've ever known, can be resolved. But if not, we could face another government closure after the tax season has started.

If you get your return in before then, it will be in the system. Hopefully, that will mean that any refund you're owed will be that much closer to being issued.

I suspect that if the federal government shut down again in the midst of filing season, Representatives and Senators would instruct or allow the IRS to keep working. No member of Congress up for re-election in November wants to face voters who didn't get their tax refunds because of Capitol Hill action or inaction.

Still, with Congress and this president, you never know.

So if you can get your taxes done within the next couple of weeks, you're probably going to be in a better tax situation.