The tax writing's on the bill, some of it possibly from more than 6,200 lobbyists 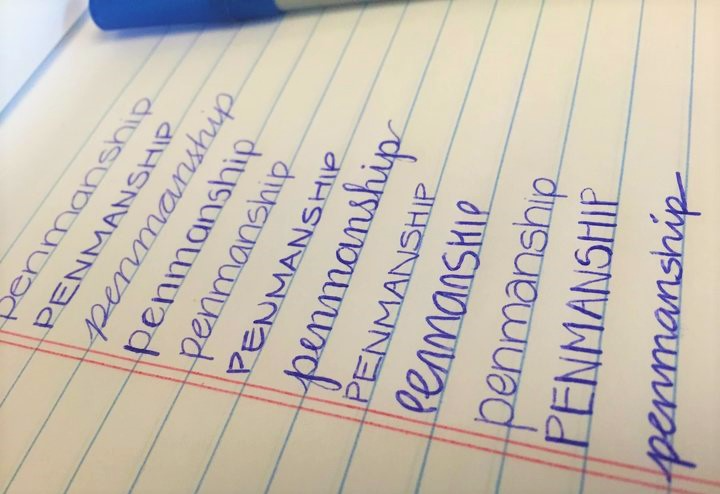 As we continue to plow though the Senate's version of the House tax reform bill, many folks, both on Capitol Hill and across the country, are still upset with the process used by GOP leaders to get the measure through the upper chamber.

Changes traded for votes: One of the biggest complaints is about the legislative changes made on the fly to woo enough Senators to the "yea" side.

But the problem for opponents of the bill was that some of these alterations were scribbled by hand on some of the bill's 479 pages.

Take the page pictured below that sent Sen. Bob Casey (D-Pennsylvania) to Twitter in search of "Any handwriting experts out there? I'd like to know what this says before they call for a vote. This is absurd." 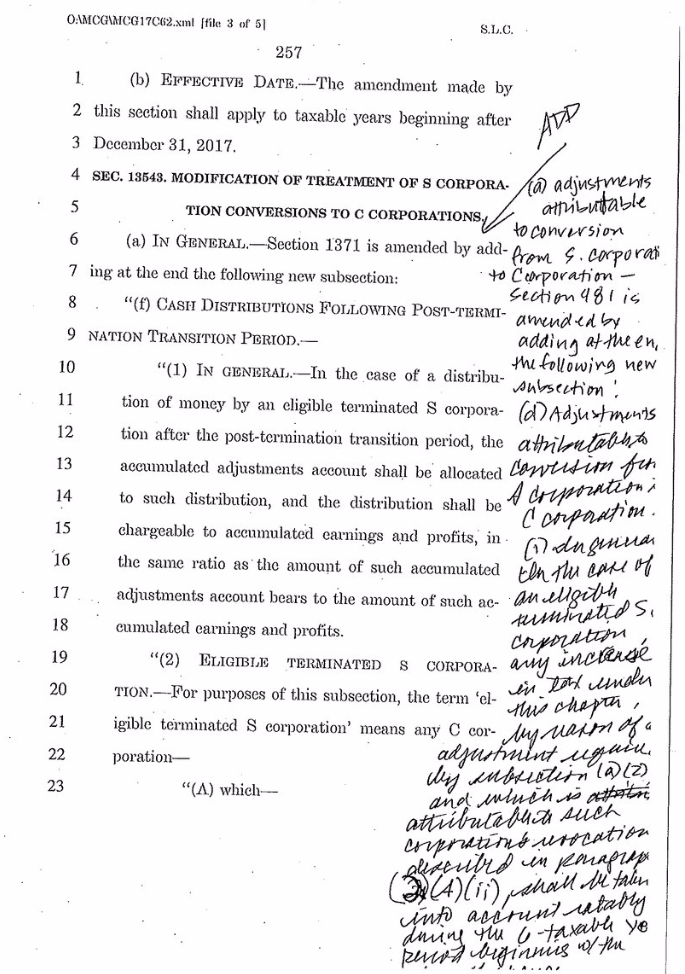 That same page caught the angry attention of Sen. Jon Tester (D-Montana), who went a step further and captured his frustration via video.

Other samples, like those below, show other handwritten deletions and annotations to the bill that could, depending on what happens in the conference committee, possibly end up in the Internal Revenue Code. 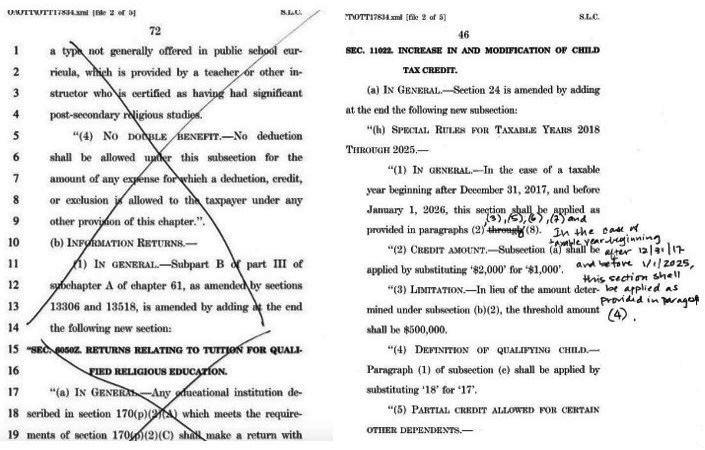 The writing's on the bill: So who came up with the changes that were made in pen and ink Friday and Saturday, Dec. 1 and 2, throughout the bill?

In some cases, they no doubt were proposed by the lawmakers that Senate Majority Leader Mitch McConnell (R-Kentucky) was seeking to win over to his side.

Others, however, possibly were proposed by lobbyists.

That argument largely came from those opposed to the bill, but they could have a point.

Some K Street lobbying shops got a look at the Republican-proposed changes to the tax code before lawmakers.

If they're getting a sneak peak, the argument goes, it's because they had a hand in putting the bill together in the first place.

Lobbyists abound: And then there's the sheer number of tax lobbyists in Washington, D.C.

In its pointedly titled study "Swamped," the government watchdog nonprofit Public Citizen says that "more than half the members of Washington's lobbying corps have plunged into the tax debate."

So precisely how many potential tax influencers are we talking about? The report, released on Dec. 1, says:

"In all, 6,243 lobbyists have been listed on lobbying disclosure forms as working on issues involving the word 'tax' through the first three quarters of 2017, according to Public Citizen's analysis of a massive data download provided by the Center for Responsive Politics (www.opensecrets.org). That is equal to 57 percent of the nearly 11,000 people who have reported engaging in any domestic lobbying activities at all in 2017.

Put another way, this equals more than 11 lobbyists for every member of Congress."

That last point bears repeating. More than 11 lobbyists with an interest in taxes for every member of Congress.

That numerical revelation about the ratio of tax lobbyists to Congressional members also earns 11 this week's By the Numbers recognition.

Who's writing what: That these thousands of special-interest folks are involved in writing tax legislation, even as it's being debated, is not that far-fetched of an idea.

I can tell you from my experience back in the day as a staffer in Capitol Hill tax-writing offices and later in the government relations office of a major multinational corporation, that the adding of actual legislative language to bills by lobbyists happened.

And although it's been a while since I worked in the nation's capital, I'd bet my house and its less-valuable-under-tax-reform deductions that it's still happening.

Wow, 11 lobbyists per member of the congress sounds surprising, but I am positive we would be even more surprised if we scratched below the surface and find out who is paying them, and to do what.

James, I need to look at each proposal more closely. I'll get back to you on this. Kay

Something that isn't clear to me after reading a lot of articles, is how the refundability works with the Child Tax Credit in the House and Senate plans. I've read that the "first $1,000" is refundable, but what does that mean? Is $1,000 per kid, or per filing? And is the "first $1,000" start before or after the tax burden is erased? All I hear is that it's "good for the wealthy" (without indicating what income threshold makes you wealthy), and "bad for the poor" (without indicating what income threshold makes you poor). What about the $50,000 - $100,000 household income families with 3+ kids? Is this "wealthy" or "poor"?