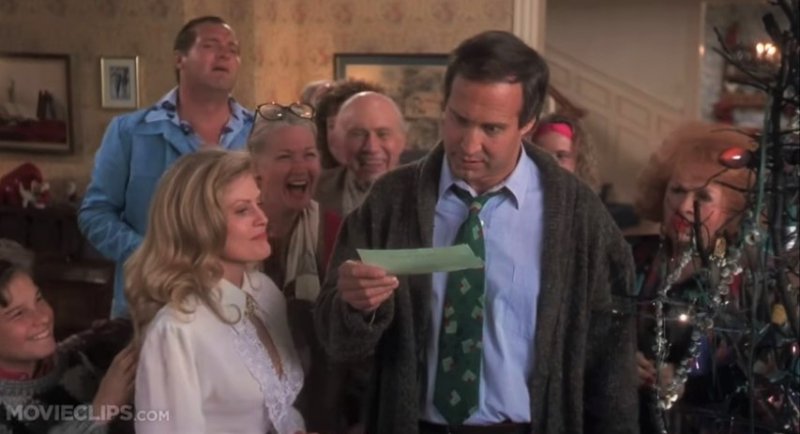 Donald J. Trump proclaimed, on Twitter of course, that the Republican tax law changes that became law on Friday, Dec. 22, already were having a positive effect for workers.

"Big companies and corporations [are] showering their workers with bonuses," he noted in an early morning Tweet posted a few hours before he signed the tax bill into law.

Despite Trump's marveling at "a phenomenon that nobody even thought of, and now it is the rage," workplace year-end cash bonuses have been around for more than a century.

And actually, the prez might want to temper his enthusiasm a bit. It appears that many companies are ditching end-of-year rewards this year, according to latest annual survey by Challenger, Gray and Christmas.

The outplacement firm says just 39 percent of companies plan to give a cash bonus by the end of 2017, down from 41 percent in 2016. Another 35 percent of businesses don't plan to give employees any kind of year-end reward this year, up from 30 percent last year.

Bonuses comes with tax baggage: Those who do get some added end-of-year money no doubt will welcome it, especially if they've gone a bit overboard in purchasing presents.

But holiday bonuses do come with some unwanted trimming.

Your year-end bonus is taxable income. That means your $1,000 bonus is not going to translate into a full one grand.

And when considered even tangentially in light of the new tax law, that's not necessarily the best news for this year's bonus recipients.

The added cash handed out this month will be taxed at 2017 rates.

In many workers' cases, this year's tax rates are higher than those taking effect on Jan. 1, 2018, under the legislation formerly known as the Tax Cuts and Jobs Act tax laws.

Tax rules regarding bonuses: But again, more money is more money. Have you, or anyone, ever turned down a bonus because of the tax implications? I haven't.

So just what are the tax rules when it comes to bonus income?

This week's Saturday Shout Out goes to Sally Herigstad, a CPA and currently a columnist at CreditCards.com, who a couple of years ago in a TaxAct blog post answered 7 common questions on how bonuses are taxed.

It's good information to have since, as Herigstad notes, "Sometimes, when people receives an annual bonus from their employer, they are surprised at how small it is after tax. They may even wonder if their employer correctly calculated the withholding tax."

Check out Herigstad's post to find answers to such things as why an employer withholds more from a bonus than from regular pay, whether a bonus could bump you into a higher tax bracket and how you can prevent over-withholding from next year's bonus.

Different calculations for companies: It's a different tax story, however, for the companies handing out year-end bonuses. That's a deductible business expense.

And Trump had a point about the new tax law affecting the companies' bonus decisions, but not in the worker-friendly way he implied.

The Wall Street Journal notes that by recording the $1,000-per-employee it's giving more than 200,000 workers as a 2017 expense, AT&T will book a $70 million deduction under the existing 35 percent corporate tax rate.

A similar bonus expense in 2018 under the new 21 percent corporate rate will give AT&T just a $42 million deduction.

Best bonus wishes: For all you workers, though, even with the associated taxes, here's hoping this week's Shout Out piece gets you all the bonus answers you need.

More importantly, here's hoping you get the bonus you deserve. And that the added cash is big enough, even after taxes, to spend on something you really want.

Nobody wants to end up like the majorly disappointed Clark Griswold in "National Lampoon's Christmas Vacation" when it comes to a bonus.

I'm just curious, I get issued a bonus check every 6 months and like to up my deductions to 9 just for that one check, how will this change?? Well I still be able to claim 9 on my bonus check?