Tax bill's $10,000 deduction cap to include state and local income and sales taxes, too 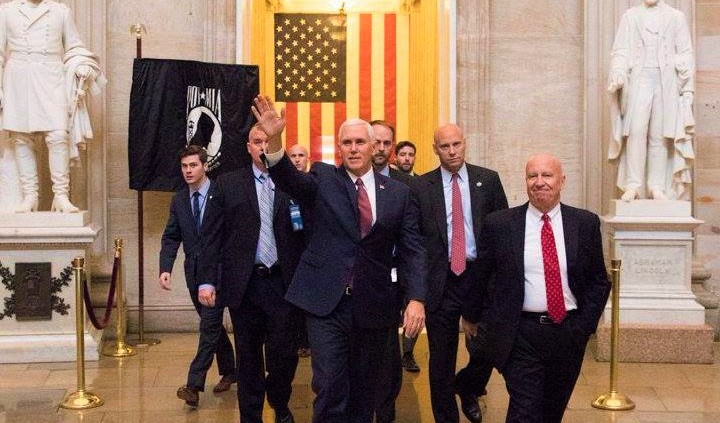 Breathe a sigh of relief, all you payers of state and local income taxes. The tax bill under consideration will help you.

House Ways and Means Chairman Kevin Brady (R-Texas) announced to reporters today (Thursday, Dec. 14) that conference committee members — or at least the Republican conferees — have agreed to expand the state and local tax, aka SALT, deduction in the final version of H.R. 1, the Tax Cuts and Jobs Act.

Taxpayers who itemize will be able to deduct up to $10,000 in state income, sales and property taxes.

Some income, sales tax will still be deductible: That's right. Folks living in states with high income taxes such as New York, New Jersey and California will be able to claim those amounts if they itemize deductions.

And my neighbors and I here in no-income-tax Texas will be able to claim the state and local sales taxes we pay.

In the original House and then Senate-amended versions, state and local income and sales taxes weren't allowed as Schedule A deductions.

Both bills did, however, allow federal filers to claim up to $10,000 in real estate taxes, i.e., the property taxes homeowners get from their county (or parish) tax assessor-collectors every year, as an itemized tax deduction.

That $10,000 limit remains, but now covers state and local income and sales taxes, too.

Still not enough for some: But as I mentioned in an earlier post discussing the property tax itemized claim, the 10 grand cap is not going to do a lot of people any good at tax deduction time.

In the Senate, they would be:

Either set of deductions or a meeting in the middle of the two would make the $10,000 SALT write-off, regardless of which state and local taxes were claimed on Schedule A, worthless for many filers since it won't be enough to make itemizing worthwhile.

To get to that point, itemizing taxpayers also would need to claim charitable donations and/or medical expenses, which reportedly also will remain in some form in the final tax bill.

Of course, every taxpayer's situation is unique, so we'll all have to do the math once we see a final tax bill to determine whether we'll be helped, hurt or stay essentially the same tax-wise under the GOP bill.

Final bill details expected soon: We could be doing the calculations as soon as tomorrow.

Brady has scheduled signing of the conference report signature sheets — these are the documents that formally detail the deal between the House and Senate conference committee members and the support for them by a majority of the involved lawmakers — for between 10 a.m. and noon on Friday, Dec. 15.

After that's done, the details will be made public.

Then the debate — on Capitol Hill, in statehouses across the country, in the media and among taxpayers — will once again begin in earnest as the House and Senate look to vote on the final tax bill next week.

The article fails to mention that the exemptions reduction to taxable income will also be going away which will negate most, if not all, of the benefit of the higher standard deduction for those who do not itemize.

I have several rental properties in California. can I claim all the property taxes on them since I claim the rent income?

yes, Robert, $10,000 for singles and married jointly filing couples. The conference says the only difference is $5,000 for married couples filing separate returns. Seems unfair given prior (and usual) tax law to married couples.

Hmmm, John, this post specifically is about the adding of the income and/or sales tax to the prior $10K property tax deduction amount. Those added SALT amounts are mentioned several times. I'm sorry that isn't clear to you.

You forgot to mention that home mortgage interest is deductible which along with the tax and contribution deductions could put you over the $24,000 limit ( married joint taxpayers)

10000 limit for individuals AND for couples filing jointly?

$10,000 in a combination of property and state income or state sales taxes is all that is allowed on one Schedule A.

Is the $10,000 cap on property tax on EACH property I own, or just a total. My husband and I own rental property, so this is really going to hurt if we can't take up to that amount on each property.