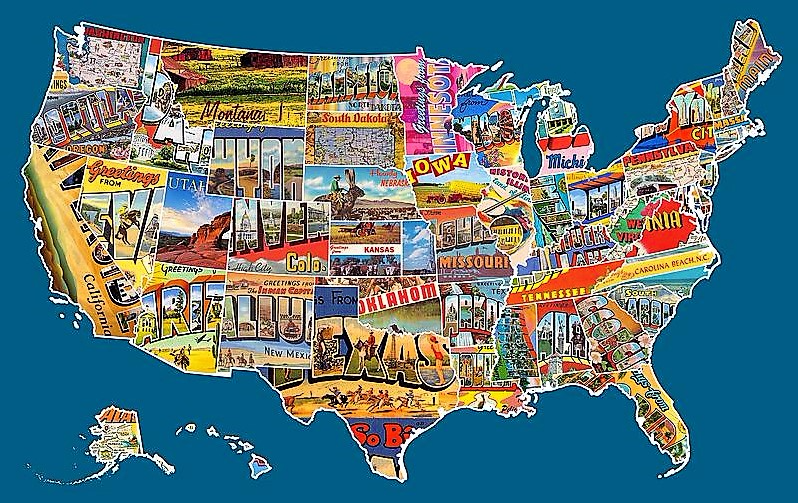 State tax departments and lawmakers have joined individual and business taxpayers in closely watching and anxiously awaiting any possible changes to the federal tax code.

Just like businesses and individuals, states will benefit or suffer depending on what the House and Senate tax reform conference committee decides.

Most states collect some sort of tax — only Alaska has no income and no state (but some local) sales tax — and most of those states tie their tax methods, especially when it comes to income tax collection, to federal law.

In those 41 states* and the District of Columbia that have an income tax link to the federal code in some way, which means that certain federal changes could affect the amount residents pay in state taxes and, therefore, state revenue.

*Alaska, Florida, Nevada, South Dakota, Texas, Washington and Wyoming have no income tax at all. Tennessee and New Hampshire only tax some types of investment income.

Income, actions affected: Beyond just the actual taxes collected, the wide range of proposed changes, notably the loss of many popular deductions and income and personal exemptions, could create circumstances that have a similarly broad effect on not just filers' incomes at both levels, but also on their behavior.

Research by The Pew Charitable Trusts shows that the distribution of federal tax credits and deductions obviously varies significantly across the states.

In general though, the nonprofit public policy groups notes, for example, eliminating the state and local tax deduction for individuals who itemize would make those taxes more expensive for taxpayers who were previously claimed them.

This, in turn, could affect states' policy choices about the level and mix of taxes they levy, depending on how many, which, and to what degree residents would be affected.

Housing's particular concerns: With regard to the now-deductible-in-full taxes available to homeowners, the decidedly interested real estate brokerage Redfin predicts home buyers will move from high-tax states if these housing breaks are reduced or eliminated from the federal Internal Revenue Code.

A recent Redfin survey of 900 home buyers found one-third of respondents said that they would consider moving to another state if they could no longer deduct state and local taxes. Both bills would keep the property tax deduction, but would cap it at $10,000.

In Redfin's 2018 prediction of the state of housing, the company's chief economist Nela Richardson says the loss of this and other home-related write-offs will have a major impact on the housing markets in California, New York, New Jersey, Maryland, Massachusetts and Illinois.

Of course, those potential relocators also need to keep in mind that the above-the-line deduction for moving also would disappear under current proposals.

Trouble with tax tweaks, too: Even a tax break that's kept, but tweaked, could cause problems.

Currently, homeowners don't owe tax on a large part of their home sale profit ($250,000 ta-tax-free for single sellers; $500,000 for married couples) as long as they live in the property for two of the previous five years.

But the proposal to change that pre-sale time limit to five out of the eight years before the sale, before getting this tax break.

Redfin predicts forcing homeowners to stay in their homes longer for the tax-free profit treatment would mean fewer home sales across the United States.

As for the homes that do go on the market, the reduced inventory would likely mean higher prices. Good for sellers who can get their asking price, but bad for buyers who might not be able to afford a more expensive house.

And those higher sales could mean higher assessments and increased property taxes, which might not be fully deductible.

Ripple effects of federal tax changes: As for other state-federal tax connections, Pew researchers found a variety of concerns over potential effects.

Twelve states use the federal standard deduction in their own tax codes and eight link to federal personal exemption amounts.

Both the House and Senate tax reform bills eliminate personal exemptions, would could cause problems for state filers and the revenue departments. And both bills also call for near doubling of current standard deduction amounts.

States that might not be able to absorb the higher federal standard deduction amounts or loss of exemptions will have to make changes elsewhere in their tax codes.

One of those states, Oklahoma, has already acted. Back in May, the Sooner State's Republican Gov. Mary Fallin signed legislation to decouple the state's standard deduction from the federal one.

The reason Oklahoma is not OK with the U.S. deduction amount? Proposals to double it would mean the state would lose a lot of tax revenue.

Pew also notes that 37 states and Washington, D.C., offer educational provisions similar to the federal student loan interest deduction, which would be eliminated in the House version of tax reform.

If either a full student loan elimination or a reduction happens, it would have a ripple effect in those states.

Tough state and local tax choices: These and other possible revisions that states would face would present lawmakers beyond the nation's capital with some difficult choices.

They would have to decide whether conforming to federal law is a wise move, politically and fiscally.

In some cases, that could make a difference in whether states or more local jurisdictions have enough tax money to fund popular programs, including but not limited to schools.

If it doesn't make monetary or electoral sense to follow federal tax code changes, state officials will have to come up with their own tax solutions as they delink their tax codes from Uncle Sam's.

And all of these choices are going to pose new and varied problems and tax debates across the United States.