Home Table of Contents Tax Tips Credits Deductions Refunds State Taxes Politics/Laws Tax Terms Archives
How taxes on pass-through businesses would work under the GOP tax plan
You may, or may not, see the new tax law's changes in your February paycheck

Calculators provide an idea of tax bills under GOP plan 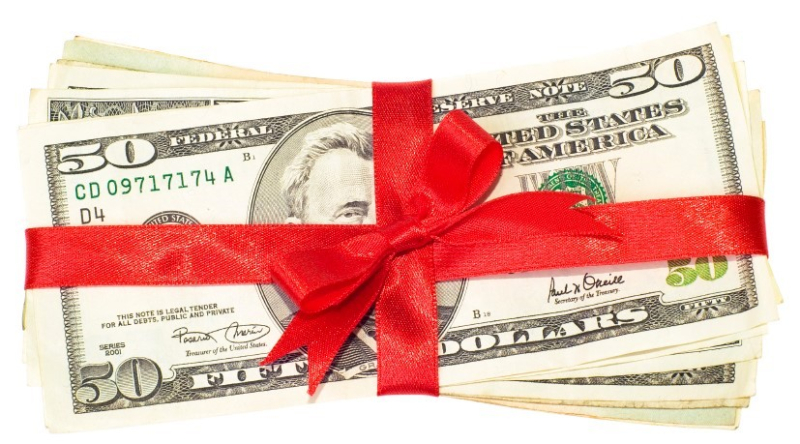 Christmas is only days away and it looks like Donald J. Trump will deliver on his promise to give American taxpayers a present.

Who gets how much of a tax cut? House Speaker Paul Ryan (R-Wisconsin), who's career in the House has centered on budget and tax bills, reiterated in his floor speech this afternoon touting H.R. 1, the Tax Cuts and Jobs Act, that "the typical family making the median income will get a $2,059 tax cut next year alone."

Following that speech, the House approved the bill 227-203. The Senate vote is expected later today or early Wednesday, Dec. 20.

UPDATE, 3:45 p.m. CT Tuesday, Dec. 19: The Senate, during its consideration of the House-passed tax bill, has stripped out some "smaller" provisions in order to meet that chamber's budget-restricted reconciliation voting rules. Some of the 529 plan expansions for private and home school expenses are reportedly among the changes being made. This means once the Senate does pass the bill, which is still expected, H.R. 1 will go back to the House for final-final approval before heading to 1600 Pennsylvania Avenue for signing into law.

UPDATE, Wednesday, Dec. 20: The Senate approved early (around 1 a.m. ET) Wednesday, Dec. 20, the revised conference tax plan by a 51-48 party-line vote. The House will re-vote on the tweaked bill shortly approved the tax bill for a second time early Wednesday afternoon by a 224-to-201 vote.

However, the consensus of nonpartisan economists and tax analysts is that that the more you make, the more of a tax break you'll get from the GOP plan.

However, since the individual tax provisions in the bill are temporary, that good tax fortune won't last.

Unless a future Congress acts, tax provisions for you and me in H.R. 1 will end in 2026. That means, says the TPC, that by 2027 almost half of all Americans would pay more in taxes.

Calculators to estimate your new tax liability: But being here-and-now Americans, we're not worried about 10 years down the road. We want to know what's in the bill for us.

Since taxes are so personal, it's hard to say specifically. But several websites have published calculators that give us a rough idea of where our taxes will stand once the Tax Cuts and Jobs Act becomes, as expected, law.

Here are some places you can check out what you're 2018 tax bill, due when you file your not-postcard-sized return in 2019.

Three of the sites provide standard-type calculators where you enter in your expected income, some details about your personal situation and then hit enter to get an idea of your taxes. They are:

Two other tax bill estimators are in graphical form. They are the ones created by the New York Times' Upshot column and the Washington Post.

Remember, all these calculators will provide you only a general idea of what your taxes might be in the coming years that H.R. 1 is in effect.

I noticed that none of them had a place for investment earnings, that are and will remain taxed at lower capital gains rates.

And the Post's graphic forced me to count two children, which probably is why my entry there gave me a better result. The hubby and I don't have any kiddos for whom we can claim the increased child tax credit and we won't be able to borrow a pair from our big-family neighbors at tax time.

Still, it gives us ideas of where we stand. Whether those ideas are positive or negative and will remain that way in April 2019 remains to be seen.

But the tax code change had nothing to do with main street and everything to do with Wall Street. The 1% got massive windfalls while people making <$75k got crumbs which will disappear in a very few years.

If you need to borrow a child, JB is more than enough for two families ;)

They are all wrong because they aren't asking for how much you pay in every year so it looks like you owe when you are really getting a refund.

Agree with Kay. None of the calcs seem to agree. NYT and WP seem to be the worst. MW and WSJ not bad. I live in a very high-cost, high-tax, extreme progressive area. I did a very simple spreadsheet and my taxes will go up just a little. Presumably it would get worse 2020+. For my area, looks like most of the families that would be considered lower-middle or middle-middle would see an increase if they are home-owners and a decrease if they are renters. Upper-middle and above would see a decrease. Poor get a break, but it is insignificant compared to their financial challenges (i.e. housing).

My politics are left of center, but I'm both pro corp tax cut and pro deficit reduction (or at least anti deficient increase). I would have paid for those priorities by taxing more income as ordinary income (not at preferred rates). This really only hits those that can afford it. Also, I think expansion of the EIC is the way to help the struggling. It's better than the right's tax cuts and the left's min wage hike.

I don't really mind that my taxes go up a little, I'm just disappointed that it seems very likely that the plan's eventual net effect will be negative with the additional debt. This plan just seems to lack any real long term thinking. Seems like reps knew that such thinking was not possible, and decided that the perm corp cut would be the foundation to the future. And that everything else would still be a mess anyway. So they took some cookies and set the stage for future leaders to deal with it. And they can sleep at night with the belief that the corp cut is the right thing to do. Ok, I'll give you that. But when will those future leaders show up? I'm guessing not before there is enough voters that are willing and able to engage in thoughtful constructive discussions... anyone?

this is probably going to be an indication of what we'll see until things get sorted out with regs etc.

None of the calculators seem to agree on how the Child Tax Credit works, when it comes to refunds

If you punch in anywhere between $60k salary, with 3 kids under 17, the refund amounts vary quite a bit.

-CNN one is way too vague/general to be useful.