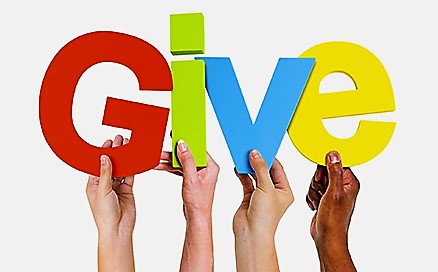 $13 billion. That's how much nonprofits say Republican-proposed changes to the tax code could cost them each year.

Even though the GOP's Tax Cuts and Jobs Act would keep the itemized deduction for charitable donations, it's one of just a handful that will remain on Schedule A. In exchange for the elimination of most itemized write-offs, the House tax reform proposal calls for almost doubling the standard deduction.

That shift in federal tax deduction strategy could pose a major problem for the thousands of U.S. nonprofits that rely on contributions.

Fewer itemizers = less donations: Now, about a third of taxpayers claim itemized deductions, including for charitable donations, according to Steve Taylor, a senior vice president at United Way Worldwide.

"Under this new proposal, only about 5 percent of people will itemize their taxes. What that means is effectively millions of Americans that currently claim the charitable deduction will lose it," Taylor told NPR's Pam Fessler.

And that means the charities those taxpayers support will lose lots of money.

How much is lots? That $13 billion a year noted at the start of this post. That amount also is this week's By the Numbers figure.

Trickle down donation trouble: That lost $13 billion a year also will trickle down to a variety of nonprofits, but not in the way that Republican politicians insist works.

Smaller nonprofits like churches and community groups that rely on donations from lower- and middle-income taxpayers will still get donations, but just not as much, said Una Osili of the Philanthropy School at Indiana University in the NPR story.

And that possibility, says National Council of Nonprofits President and CEO Tim Delaney, is particularly worrisome because also is looking at cuts domestic spending.

"That will lead to more people having more needs. And we're just concerned that this is going to overwhelm the nonprofit community," Delaney told NPR.

So if you itemize and 2017 might be the last year you do so if the GOP tax plan passes, consider upping your gifts to your favorite charities this tax year.

Those groups will appreciate having some donation dollars in the bank, just in case.

The tax reform bill was NOT, despite how it was falsely spun, seek to aid the Middle Class, NOR would Trump suffer financially because of it. These FACTS are and were irrelevant, in what is clearly becoming a nation run by the unchecked party in power.

One of the MANY LIES left out of the discussion we were not even allowed to publicly, nationally engage in on this matter. DESPITE the NATION overwhelmingly stating they did not support this, the Tax Cuts and Jobs Act was shoved-through, and Trump was quoted as saying to his rich Mar-a-lago buddies, "You're all going to get very rich from this ( tax reform bill)."