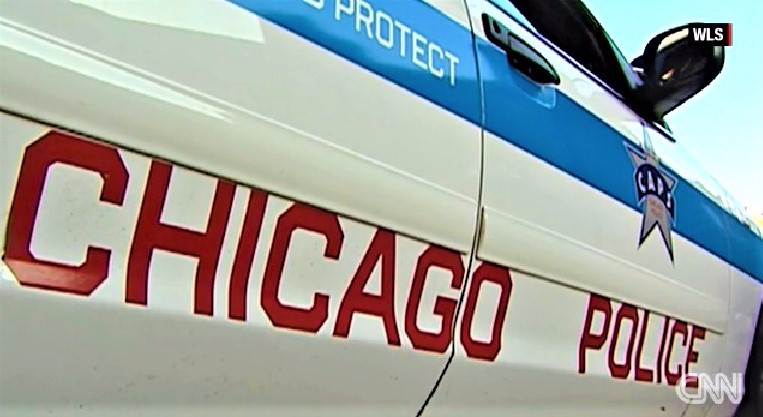 Fifteen Chicago-area men have had their names, and legal records, cleared. If they eventually get monetary restitution for the time they spent in jail for crimes they didn't commit, they also could get some tax relief. (Click CNN screenshot for full story.)

"I'm innocent!" That post-conviction proclamation by many now behind bars is greeted by the strict law-and-order crowd with cynical eye-rolling.

But in the case of at least 15 Chicago-area men, protestations that they didn't commit the crimes for which they did the time were true.

And if these fully, officially, legally not guilty men ever receive compensation for the time they improperly spent in jail, the tax code now offers some relief, too.

Major mass exoneration: In the apparent first-ever mass exoneration in Cook County, the drug convictions of 15 me have been thrown out following an investigation into their claims they were framed years earlier by a police sergeant and his team of officers.

All the men have served their sentences for the crimes. Fourteen are free, with one still in jail on unrelated charges.

"In these cases, we concluded, unfortunately, the police were not being truthful, and we couldn't have confidence in the integrity of their reports and their testimony, and so, in good conscience, we could not see these convictions stand," Mark Rotert of the Cook County Conviction Integrity Unit said in a news conference announcing the men's freedom.

Ronald Watts, the officer who allegedly led the scheme to frame the men pleaded guilty in 2013 in connection with a charge of stealing money from a drug suspect who turned out to be an FBI informant. Watts was sentenced to 22 months and has served that time.

Following the exonerations, seven other Chicago Police Department officers who worked under Watts have been placed on desk duty pending an internal review of more incidents.

Wrongly convicted across the U.S.: The clearing of the wrongly convicted men's names and records came thanks to efforts by the Exoneration Project, a free legal clinic at the University of Chicago Law School that focuses on representing the wrongfully convicted.

Similar work is done by other groups, most famously the Innocence Project, across the county. These attorneys and their staff regularly help free what has been described as a "staggering number" of wrongly convicted individuals.

Click image for an interactive version of exonerations per year, as well as a look at the states with the most wrongful convictions. (Source: University of Michigan School of Law)

In many cases, those who were improperly sent to prison receive, either thanks to civil lawsuit awards or restitution programs, monetary compensation for their lost freedom. The University of Michigan School of Law has compiled a table of state statutes covering compensation for the wrongly convicted.

As tax-savvy readers know, the Internal Revenue Service considers money from just about any source, including some court-ordered awards, as taxable income. (It's complicated when it comes to jurisprudence decisions, so be sure you hire an attorney who not only knows the ins-and-outs of your legal situation, but also what is or isn't taxable if you win.)

However, there's now good tax news for those wrongfully convicted and subsequently compensated for that miscarriage of justice.

PATH to tax-free restitution: The Protecting Americans from Tax Hikes (PATH) Act made many changes to the tax code when it was signed into law on Dec. 18, 2015.

Notably, many tax extenders, those temporary tax provisions that kept expiring and had to be periodically renewed, were made permanent.

PATH also mandated that the IRS hold taxpayer refunds until mid-February if they claim the Earned Income Tax Credit (EITC) and/or Additional Child Tax Credit. This delay is to give the IRS to confirm the veracity of the claims and the identities of those making them in order to reduce tax identity theft and refund fraud.

But also buried in the PATH Act is a new wrongful-incarceration exclusion. The Internal Revenue Code (section 139F) now says that people who went to jail but shouldn't have now can exclude from their income "any civil damages, restitution, or other monetary award" that they receive as compensation for their wrongful incarceration.

The IRS has a special online page of frequently asked questions (FAQs) for such folks. Here are few of the highlights:

A wrongfully incarcerated individual is one who was convicted of a covered offense, served all or part of a sentence of imprisonment for the covered offense and meets any one of the following three requirements:

Income that is excludable is from payments awarded from civil damages, restitution and compensatory and statutory damages relating to wrongful incarceration for any criminal offense under federal or state law.

The income exclusion applies to awards received in the past, currently or in the future. For the current or future tax years, the affected taxpayer doesn't have to report the monetary award on his or her Form 1040. However, the filer must maintain records to substantiate — Where have you heard this before? Oh, yeah, here. — the amounts excluded.

The new law, however, does not apply to damage awards received by other individuals, such as spouses, children or parents of the wrongfully incarcerated individuals. Those amounts still must be reported to the IRS as taxable income on those folks' tax returns.

I hope that justice does prevail and that you are never convicted of a crime you didn't commit. But just in case, I hope when you are exonerated, you get as much as you can financially for your horrid improper imprisonment.

And be sure not to pay for it at tax time.