UPDATE, Thursday, Nov. 16, 2017: The House passed its tax reform bill today (but the Senate version is still a ways away from GOP consensus ). Among the yea voters on H.R. 1, the Tax Cuts and Jobs Act, was Rep. Joe Barton after he was promised that his Texas Rangers stadium concerns would be taken care of. 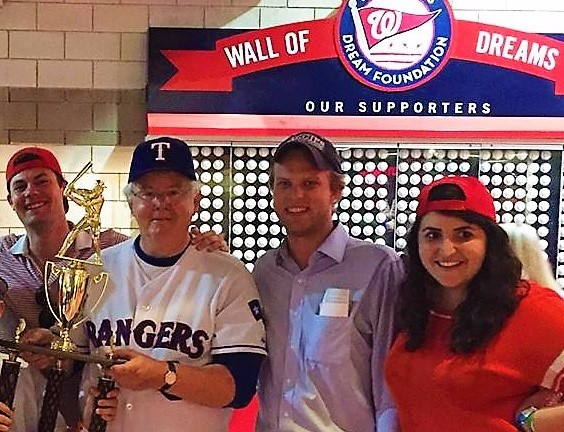 Rep. Joe Barton is a big fan of the Texas Rangers, which play in his North Texas Congressional District. In this Facebook photo, Barton (second from left) wears the Major League Baseball club's jersey when he participates in the annual Republicans vs. Democrats game to raise money for charity. Here he's holding the trophy his party's team won in the 2016 game.

The Republican tax reform plans are picking up steam, with the House planning to vote on its bill, the Tax Cuts and Jobs Act, on Thursday, Nov. 16.

GOP leadership wouldn't take H.R. 1 to the floor for a vote if it didn't think it had the votes. But at least one Republican might throw House Speaker Paul Ryan and his colleagues a curve ball.

Texas Rep. Joe Barton, a Republican whose district includes part of the Dallas-Fort Worth area, reportedly was still unsure late Tuesday, Nov. 14, as to whether he'd vote for the bill.

The problem, according to a story by Lindsey McPherson for Roll Call, is that the bill could pose a problem for his hometown Major League Baseball team.

Stadium bonds in tax danger: The Texas Rangers are copying their state baseball rivals, the 2017 World Series Champion Houston Astros, at least when it comes to facilities.

The north Texas ball club is building a new air-conditioned, retractable-roof stadium in Arlington, most of which is in Barton's Congressional district. The World Champion Astros have been playing in the similarly styled Minute Maid Park since 2000. 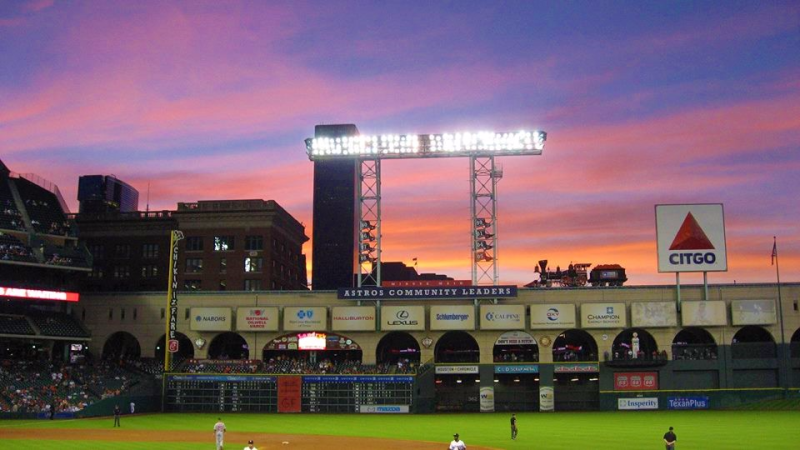 Sunset as seen from behind the first base dugout at Minute Maid Park in Houston, home of the World Series Champion Astros. (Photo taken April 30, 2014, by Kay Bell)

Work on the Ranger's new $1 billion park began at the end of September. Arlington voters approved a measure that will let the city finance up to $500 million of the costs via bonds.

This is a common way for municipalities to pay for all sorts of projects, including professional sports projects. One of the key attractions of such financing is that under current federal tax law, state and local bonds are tax-exempt.

The House tax bill, however, would change that. It would make bonds used to finance construction or capital expenses for professional sports stadiums subject to federal taxes.

Such a change has gained in popularity on Capitol Hill in recent years, as rich owners of professional sports franchises use public money to pay for their teams' ballparks, football fields, basketball courts and ice hockey arenas. Most economists agree that taxpayers get the very short end of the stick in these kind of tax-advantaged financial arrangements.

And back in October, during the height of the NFL players on-field protests, the issue of tax subsidies for sports facilities came under fire again by Donald Trump and some members of Congress.

But when it's your team, the rallying cry usually turns to finances be damned! That appears to be the case with the Rangers' park.

Grandfathering Rangers' bonds: Barton wants to grandfather the bonds, which he said a "seat of the pants estimate" comes to a tax cost of around $84 million, for the Rangers' new park.

He's offered an amendment to the House tax cut bill that would, without naming any specific team, allow for any professional stadium bond that was "approved by voter referendum of the applicable governmental unit, and the construction of the facility with respect to which began, before November 2, 2017."

The way the rules regarding amendments to the bill work, Barton needs House Ways and Means Chairman Kevin Brady's help to get the bond relief for the Rangers.

That's interesting because Brady's district is in the Houston suburbs.

"I am an Astros fan, but it's a very reasonable request for me to make sure the transition is accurate for that provision," Brady told Roll Call. "I know Congressman Barton and I have talked about this. … We will continue to work together in conference, as I am with a number of members' provisions."

Brady's a much more forgiving Astros fan than I. I'd make the Rangers pay, literally, for not accommodating the Astros after Hurricane Harvey hit and making the Houston team, which was already on a lengthy road trip, play "home" games in Tampa, Florida, instead.

Of course, maybe we did get some on-field payback when pitcher Yu Darvish, who was traded by the Rangers to the Los Angeles Dodgers this summer, lost game 7 of the World Series to the 'Stros.