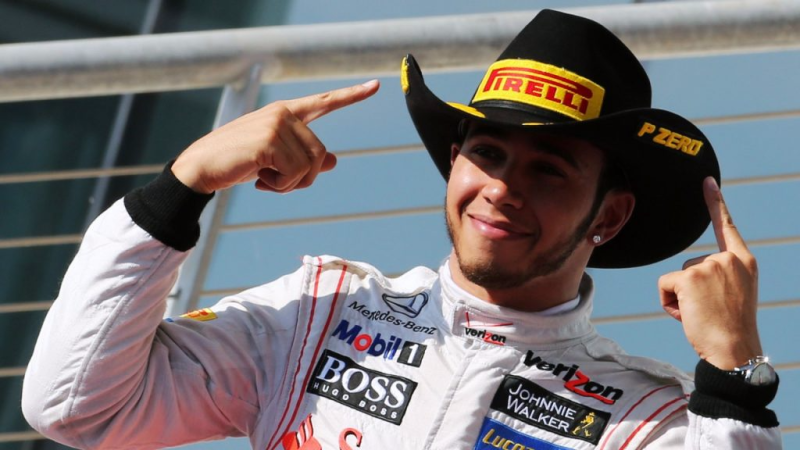 Lewis Hamilton was all hat and F1 2017 champion after he won the U.S. Grand Prix in Austin TX on Oct 29 2017. That was the race where the U.K. driver earned enough points to take another title. A few days later, Hamilton's name showed up in the Paradise Papers as one of the rich and famous individuals around the world who uses questionable tax shelters. (Photo courtesy Formula1.com)

Formula 1's final race of the year was today in Abu Dhabi (no spoiler here unless you click the link), ending the 2017 season in which Lewis Hamilton claimed the motorsports' series championship for the fourth time.

But that's not the only thing at which Great Britain's favorite auto racer excels. Hamilton also appears to be a champ at, according to the Paradise Papers, avoiding taxes.

Outing offshore tax shelters for the rich: The Paradise Papers are the latest massive trove of documents to detail the ways in which the world's richest people shelter their income and assets from scrutiny and taxation.

Don't be confused by the Panama Papers, a similar financial document release in 2016 that also revealed questionable tax haven maneuvers of the wealthy.

The current Paradise Papers are 13.4 million confidential electronic documents taken from the offshore law firm Appleby and corporate services provider Estera. This latest collection of financial information was leaked to the German newspaper Süddeutsche Zeitung, which then shared them with the International Consortium of Investigative Journalists. ICIJ started releasing the document to the public on Nov. 5.

Hamilton's name showed up in the material alongside the Queen of England, musical royalty Bono and Madonna and U.S. Commerce Secretary Wilbur Ross.

That's a lot of pounds (or dollars here in the United States) from which to choose, but since this is a tax blog, the £3.3 million in refunded VAT is this week's By the Numbers figure.

It appears a leasing deal set up by advisers was artificial and did not comply with a European Union and United Kingdom ban on VAT refunds for private use, although Hamilton might have been entitled to the tax relief on business grounds, according to a tax attorney who reviewed the arrangement.

A pair of law professors who also looked at the tax move described it as potentially "abusive," saying it doesn't appear to follow European rules. The tax tactic, they say, allowed Hamilton to avoid tax that would otherwise have been due, and that the Manx government did not take the proper steps to collect the VAT owed.

Avoidance alone not illegal: Now's the time where it's important to note that there's a difference between tax avoidance and tax evasion.

Avoidance efforts are not inherently illegal. You can, and should, take whatever legal steps, both here in America and in the United Kingdom, are available through tax loopholes to keep as much of your money out of the hands of your country's tax collector.

However, tax evasion schemes created just to avoid paying due amounts are illegal and are the prime target of tax collectors. The U.K., in fact, is looking to revision its tax system to focus on going after "people who really don't care about playing by the rules."

It's also important to note that whatever the public or tax world's perception of the method used by Hamilton with regard to his luxury air liner's taxes, there's no indication or even a suggestion that the F1 champ was directly involved in creating the scheme. He sought professional advice and followed it.

But to many tax expert eyes, the Hamilton jet deal appears to be so artificial — i.e., created primarily for tax avoidance reasons — that it is open to challenge.

Just following advice: Following the Paradise Papers reveal, Hamilton's team issued a statement saying there was no subterfuge or improper levels of secrecy in connection with the racer's business operations.

"As a global sportsman who pays tax in a large number of countries, Lewis relies upon a team of professional advisers who manage his affairs," according to the statement. "Those advisers have assured Lewis that everything is above board and the matter is now in the hands of his lawyers."

Hey, that argument worked for his IndyCar colleague Helio Castroneves, whose tax evasion case went beyond allegations to actual prosecution, where the Brazilian motorsports star was acquitted.

Luxury Travel with wealthy trips provide exclusive offers of luxury lifestyle for an aviation organization which specializes in private jet charter flights, corporate and group charters, and all other aspects of private flying, companies spend tens of millions to buy their own private jets instead of commercial fights, it's not about comforts. It's about saving time and money.
Private jet