Filing season 2018 starts … IRS not sure yet 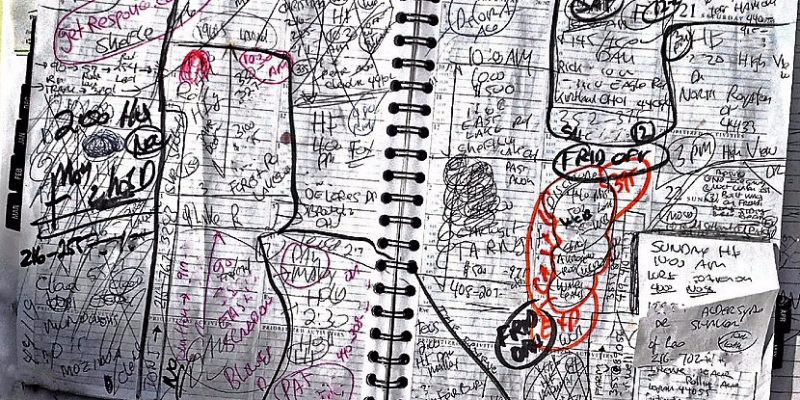 The Internal Revenue Service's 2018 filing season calendar isn't quite this messy, but it's not firmed up yet.

The House Ways and Means Committee today started marking up, otherwise known as tweaking, the Republican-driven tax reform bill. Early word is that many provisions you may have read about will change.

Meanwhile, since most of the new tax laws won't take effect until Jan. 1, we can focus on our 2017 returns that will be filed under the existing tax laws.

Most of us are breathing a sigh of relief that the tax moves we've made so far this year won't be messed up by Capitol Hill's tax reform work. We also are examining other tax tasks we can take care of by Dec. 31 to lower our 2017 tax bills.

But some people are already looking ahead to the actual submission of their 2017 tax year 1040s to the Internal Revenue Service.

The IRS has some advice for you eager tax beavers. Slow your rolls!

Jumping the tax filing gun: The tax agency is warning folks who are surfing the interwebz to not believe info out there citing specific start dates for the 2018 tax filing season.

"Speculation on the Internet that the IRS will begin accepting tax returns on Jan. 22 or after the Martin Luther King Jr. Day holiday in January [the 15th next year] is inaccurate and misleading; no such date has been set," the IRS cautioned in an official announcement about the upcoming filing season's start date.

These predictions appear to be based on key dates for the 2017 tax season. The IRS started accepting returns this year on Jan. 23. Free File opened even earlier, on Jan. 13.

While it's possible the 2018 season will open around the same time as this year's did, that's not a sure thing.

And right now, the federal tax agency says it's not ready to announce a date when it will start accepting tax returns next year. In fact, it "anticipates it will not be at a point to announce a filing season start date until later in the calendar year."

So just chill and start making Thanksgiving and perhaps Christmas plans rather than focusing on when in 2018 you can file your annual tax return.

IRS still working on systems: What the IRS is prepared to say is that it is working closely with tax professionals and the software community as it prepares for the 2018 tax filing season.

It's also continuing to update its programming and processing systems for 2018.

And the IRS is on the lookout for the possibility that Congress will slip in some legislative changes before it recesses that could affect the 2018 tax season.

This includes, notes the IRS, a number of tax extenders, those temporary tax laws that expired at the end of the 2016 tax year and could be renewed retroactively for tax year 2017.

The IRS says it expects to continue next year the trend of being able to issue more than 90 percent of refunds in less than three weeks.

But the tax agency also notes that many factors affect when a refund is issued, ranging from the accuracy of information on the return to whether a taxpayer files electronically to the security measures that the IRS and state tax departments use to guard against tax identity theft and refund fraud.

Also, a law that first took effect during the 2017 filing season and which is still on the books requires the IRS to hold certain refunds until mid-February. Filers who must wait until at least Feb. 15 for their refunds are the folks who claim the Earned Income Tax Credit (EITC) or Additional Child Tax Credit (ACTC).

Most of the online sites purporting to know when refunds will be issued don't take these issues into account, says the IRS.

Preparation plus patience: So as hard as it may be if you know you'll be ready to file as soon as the New Year's Eve confetti is cleaned up, you just need to be patient.

When the IRS is sure about when it will be ready to accept and process returns, it will announce those dates, and I'll let you know here on the ol' blog.

You can begin filling out forms by hand as soon as the IRS posts the finalized documents on its website.

Or, as most of us do, get your favorite tax software's 2018 version and complete your return that way. Most software companies will accept your filing and hold it until the IRS officially opens the annual filing season.