Tax evasion is a side hustle side effect 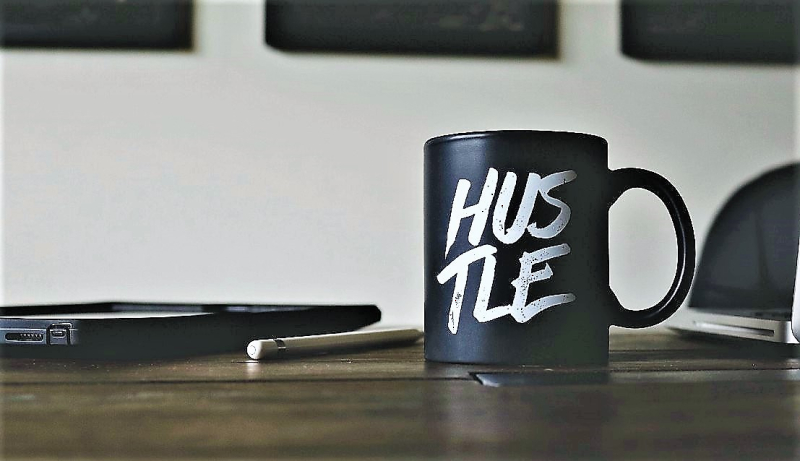 Picking up some extra cash is nothing new. People have always taken on added work when they've needed or wanted a few more dollars.

Now, however, side hustles have become a viable employment option. They've also become a problem for the Internal Revenue Service.

Growing gigs: The head of Intuit, the maker of TurboTax tax preparation software, noted earlier this year that more than a third of the U.S. workforce participates in the gig economy and it's growing.

"We think self-employed [work] has a lot of opportunity for growth as we look ahead," said Intuit CEO Brad Smith said back in May.

The gig economy, Smith added, is expected to account for 43 percent of U.S. workers by 2020.

IRS issues: Side hustling obviously works for people making a living via a variety of jobs.

It's also good news for the tax software companies who no doubt will benefit from all those added Uber and Lyft drivers and myriad other types of freelancers who'll turn to packaged tax programs to file their self-employment returns.

But some of them won't report all the income that they make from their relatively unstructured work lifestyles. And that's bad news for the U.S. Treasury and the IRS, which is tasked on ensuring tax compliance and collection.

Under the IRS radar: The problem with much side hustle earnings is that there's no documentation of the earnings.

Typically, the payer doesn't have to report how much money was earned by the freelancer if it's less than $600.

Without that income trigger, someone who does multiple small jobs couple fly under the IRS radar since there's no Form 1099 documenting the earnings.

Some people honestly — and mistakenly — think that $600 amount means the money is tax free. It's not. The $600 is just the reporting requirement for the payer. As the recipient of the money, you are required by law to tell the IRS about every cent you earn, regardless of how little.

Yeah, like that's happening. Unreported income has been a problem for years and is a contributor to the tax gap.

That's the amount of taxes owed that Uncle Sam has been unable to collect. The IRS' latest estimate is that the tax gap has grown to $458 billion.

Adding to the tax gap: The gig economy is likely to add to that gap.

A survey or more than 2,000 Americans last July by finder.com found that almost 70 million rely in some part on side hustles, but are not declaring the earnings on their tax returns.

Dollar-wise, says finder.com, that comes to an estimated $214.6 billion in taxable income that's not reported to the IRS each year. And that nearly $215 billion is this week's By the Numbers figure.

Tax silent millennial hustlers: Millennials are the worst when it comes to not declaring the money made on the side, according to the survey.

I'm going to give these kids today the benefit of the doubt and presume that many of them didn't realize that all freelance income, regardless of the amount, is taxable.

Whatever the reasons, though, this group of 20-to-36-year-olds is stiffing the IRS majorly. A full third of them (33.3 percent) aren't reporting their gig economy income and paying tax on it.

Even some of my fellow Baby Boomers (yes, I'm at the tail-end of this age 53+ generation) aren't completely tax compliant. Almost 17 percent of my peers aren't paying tax on all their freelance income.

Other nonreporting findings: The amount of money a gig economy worker makes doesn't seem to matter when it comes to not paying taxes. In fact, the worst offenders are those who can afford the taxes.

Finder.com found that 36.3 percent of folks earning $150,000 to $300,000 make money on the side without claiming it. That percentage of non-reporters was the largest of any earnings segment.

Men and women are pretty close when it comes to shorting the IRS on side hustle money. Men are slightly more inclined to not declare the money than are women by a 30.7 percent to 27.4 percent margin.

And the temptation to cheat on side hustle taxes is found throughout the country.

Looking closely at the 17 states that had more than 40 survey respondents, finder.com found that Alabama is home to those most likely to turn to the gig economy without declaring their income. Forty-one percent of Heart of Dixie side hustlers confessed to this tax oversight.

Next in line are freelancers in Washington (38 percent) and Illinois (34 percent).

The IRS eventually will catch some of these gig economy tax evaders. When that happens the nonreporting workers will have to pay back taxes, plus penalties and interest. That could be very costly.

That's why the best move to protect your clear tax conscience and your bottom line is to report and pay tax on all your side hustle income.

Hustling, not tap dancing, around the IRS: Long-time readers know I'm a music fan. They also know I'm of a certain age. That's why I couldn't resist using Do the Hustle, a song popular when I was younger, as the hook on my tumblr post about side hustle tax evasion.

Click on over to Tumbling Taxes and enjoy Van McCoy's great tune. And feel free to laugh at the bad '70s fashion.