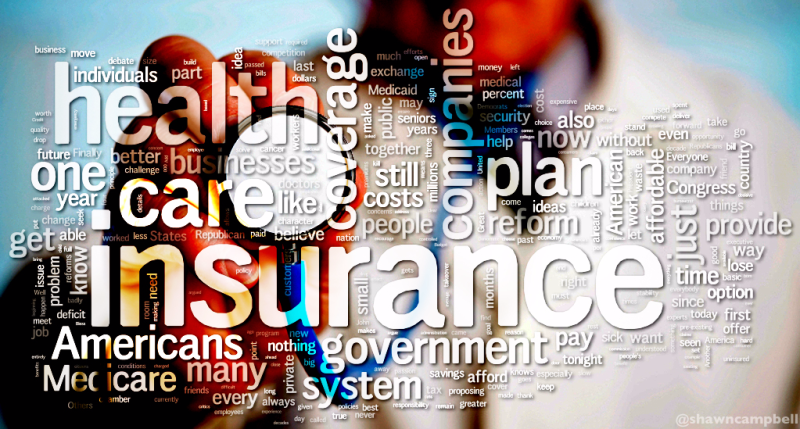 What's going on with the Affordable Care Act (ACA)? It depends on where you're looking for answers.

Federal lawmakers remain in a quandary over how to deal with the ACA, or as it's known (for now) Obamacare.

The Internal Revenue Service, however, made it clear this week that it plans to follow the health care law's reporting requirements as long as they are officially on the books.

That's a reversal of a prior IRS position.

However, given the confusion with the law, both under its namesake president and since Donald J. Trump moved into the Oval Office, the tax agency's position change isn't surprising.

Senate deal … or not: First, let's take a look at what's up with Obamacare on Capitol Hill.

After both the House and Senate tried and failed to repeal and replace the health care law, Trump took matters into his own hands.

On Oct. 12, he signed an Executive Order that the White House says would make more insurance policies available to more people.

Opponents, however, are concerned that the order would allow consumers to buy short-term health care policies that don't comply with Obamacare rules demanding coverage for pre-existing conditions.

They also are worried that it will destabilize the ACA by prompting younger and healthier Americans to buy these alternative polices outside the marketplace exchanges.

To protect against that disruption, leaders of the Senate health committee this week (Tuesday, Oct. 17) announced they had reached a bipartisan agreement to shore up the health care law's insurance subsidies for the next two years.

GOP Sen. Lamar Alexander of Tennessee, chairman of the Senate Health, Education, Labor and Pensions Committee, and the committee's ranking Democrat Sen. Patty Murray of Washington even got a thumbs-up Tuesday night from Trump for their efforts.

The next morning (Wednesday, Oct. 18), however, the prez slammed the deal on, of course, Twitter saying he couldn't support bailing out insurance companies that "have made a fortune w/O'Care."

IRS to demand coverage details in 2018: Meanwhile, as the Senators were trying to recover from legislative whiplash, the IRS did some ACA backtracking of its own.

The tax agency's latest stance is that it's OK with enforcing all O'Care provisions, which haven't yet been repealed or replaced, for the 2017 tax year.

That includes taxpayers confirming on their returns next filing season that they had acceptable minimum coverage for the full 2017 tax year. Or that they qualified for an exemption from coverage or paid the tax price, known as the shared responsibility payment.

The IRS didn't enforce this during the just-completed filing season.

However, if you fail to report your coverage status next year, the IRS won't process your 2017 tax return.

The IRS spells out the consequences for the 2018 filing season in a notice on its ACA Information Center for Tax Professionals:

For the upcoming 2018 filing season, the IRS‎ will not accept electronically filed tax returns where the taxpayer does not address the health coverage requirements of the Affordable Care Act. The IRS will not accept the electronic tax return until the taxpayer indicates whether they had coverage, had an exemption or will make a shared responsibility payment. In addition, returns filed on paper that do not address the health coverage requirements may be suspended pending the receipt of additional information and any refunds may be delayed.

"This process reflects the requirements of the ACA and the IRS's obligation to administer the health care law," noted the announcement.

Reversal of 2017 process: About that health care law obligation, this past filing season the IRS let it slide.

Back in February, in the wake of White House Executive Order 13765 authorizing federal agencies to reduce the financial burden of complying with various Obamacare rules, the IRS decided not to automatically reject tax returns that didn't confirm the filer (and dependents) had acceptable health care coverage.

Taxpayers remain obligated to follow the law and pay what they may owe at the point of filing. The 2018 filing season will be the first time the IRS will not accept tax returns that omit this information. After a review of our process and discussions with the National Taxpayer Advocate, the IRS has determined identifying omissions and requiring taxpayers to provide health coverage information at the point of filing makes it easier for the taxpayer to successfully file a tax return and minimizes related refund delays.

So to avoid refund and processing delays during the upcoming 2018 tax filing season, the IRS says we all must let the tax agency know that we and everyone listed on our tax returns had qualifying insurance coverage (or were exempt or paid the penalty for not being covered).

As for that Jan. 20 Executive Order about easing burdens on taxpayers, the IRS notes that the "legislative provisions of the ACA are still in force until changed by the Congress, and taxpayers remain obligated to follow the law and pay what they may owe."

That means that if a 1040, 1040A or 1040EZ doesn't indicate the filer had coverage (or exemptions or paid the shared responsibility payment), the IRS will not consider such returns complete.

And that means no processing of such returns or their associated refunds.