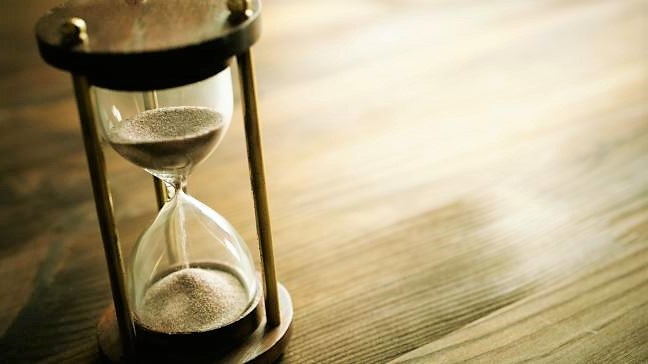 Where the heck has 2017 gone? The countdown clock over in the ol' blog's right column is steadily ticking away the time left until Dec. 31, the deadline for most moves that could affect this year's taxes.

The Internal Revenue Service, however, has its eyes on November, which is just little more than a week away.

The start of that 11th month effectively is the cutoff date for the federal tax agency to get ready for the next year's filing season.

If the IRS can't get some certainty as to how to update forms, instructions and operational processes, the start of the 2018 tax season could be affected.

And that could mean filing and refund delays for taxpayers.

Already slowed by hurricane tax changes: "As we get closer to November, it's going to be difficult," IRS Commissioner John Koskinen told attendees Oct. 19 at the fall conference of the Council for Electronic Revenue Communication Advancement (CERCA) in Arlington, Virginia.

Koskinen remarks, reported by Tax Notes (subscription required), were specifically addressing the challenges his agency is facing in accommodating the tax needs of, and special tax relief offered to, disaster-stricken U.S. taxpayers.

The Disaster Tax Relief and Airport and Airway Extension Act of 2017 was signed into law on Sept. 29. It modifies several tax provisions and rules for individuals and businesses in areas affected by Hurricanes Harvey, Irma and Maria.

The tax changes related to those storms that the IRS is now working to implement so that there aren't problems next filing season include:

Tax reform could be troublesome, too: But wait. There's possibly more.

The IRS has got to be watching with some trepidation Capitol Hill's attempt to make major changes to the Internal Revenue Code.

A tax reform outline was released Sept. 27 by Republicans who control Congress, but many components — including when any tax changes might be effective — still are unclear.

The official due date for more details isn't until Nov. 13.

Even with such a compressed schedule, White House budget chief Mick Mulvaney said Sunday, Oct. 22, during an appearance on Fox News that it is "absolutely" realistic to have a tax reform bill on the president's desk by December.

In his own Fox News interview, Brady said the House could take up the Senate's budget without going through the usual House/Senate conference committee process. House passage of the Senate's budget, said Brady, would then "clear the way" for Ways and Means to act on tax reform.

Haste could make tax waste: The legislative timetable that Mulvaney, Brady and other GOP members of Congress is aiming for could be quite problematic for the IRS, especially if the final bill makes changes that apply retroactively to the dwindling 2017 tax year.

William Hoffman in his Tax Notes article points out the IRS' concerns:

Koskinen said that in recent years he has told congressional tax writers, "If you give us time, we can do almost anything." Starting around December 1, the tax agency usually shuts down its systems to make and test changes for the coming tax return filing season, he said. …

However, "When tax law changes are made retroactively, particularly later in the year, they tend to be much more complicated — again, not just for us, but for software developers, for preparers, and for taxpayers," Koskinen said.

The likelihood that tax-writing House Ways and Means and Senate Finance committee members could agree on major tax changes for the 2017 tax year by Dec. 1 is, well, low.

That they then could get a measure through both legislative chambers by then is, well, even lower.

Politics precede policy: But the possibility that Congress will try to do just that for political, not good tax policy, reasons is substantially higher.

Republicans now hold both the House and Senate, but are worried they could lose control of one or both chambers if they don't have some legislative victory to show voters. So the pressure is on for the majority party to ram through a tax bill before 2017 ends.

Assessing who benefits: Of course, if analyses of the various GOP tax reform permutations are anywhere close to true, lawmakers might want to slow their roll.

Despite promises from Capitol Hill and the White House that the Republican tax bill (in whatever form it finally takes) will help middle-class Americans, many other political analysts and economists disagree.

The consensus outside the Oval Office is that the GOP tax plan will inordinately benefit wealthier Americans.

If that turns out to be the case, the Republican-controlled Congress might want to wait until at least next January to put the final touches on its tax plan.

Delay could pay off politically: Such a slight delay has several pros. Here are four off the top of my head.

First, as long as Congress acts early next year, Republicans can still hit the 2018 campaign trail touting their tax reform and/or tax cuts.

Second, by pushing tax changes into the 2018 tax year, 140 million filers would have a filing season that starts on time next year.

If, however, Congress makes changes that apply to the 2017 tax year in late November or later, the IRS will be forced to push back the start of filing next year, meaning any refunds will be later.

Third, delayed implementation of tax changes actually could be better for GOP members of Congress hoping to keep their jobs.

If the laws don't take effect until 2018, millions of taxpayers (and potential voters) wouldn't actually know how new tax laws affect them since they won't have to deal with the changes until 2019 when they file their 2018 tax returns.

If the tax news is not good for middle- and lower-income taxpayers (and potential voters), that won't be top of mind when those folks cast their ballots in November 2018. That lack of potentially painful tax specifics could save a few GOP seats from the ire of voters adversely affected by the changes.

But if taxpayers (and potential voters) learned earlier in 2018 that they didn't get as good a tax deal as they'd been promised, they might want to kick out the folks who put them in that position.

Fourth and finally, pushing tax reform/tax cuts into 2018 definitely would be welcomed by the IRS. That would give the agency plenty of time to get ready for the new tax laws' implementation on returns filed in 2019.

Will Congress consider tax timing when in its consideration of any changes? Maybe.

But it's just as likely they won't worry about the specifics application of any laws. After all, that's not their job.