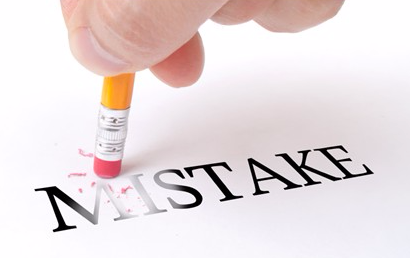 To err on tax returns is human. To forgive is Xtraordinary, and yes, the misspelling is intentional.

Most people file 1040X, which is known as amending your return, because they discovered they didn't claim a tax break that give them a (or a bigger) tax refund.

Of course, since the Internal Revenue Service is involved, there are some rules and certain steps you must follow.

Here are five key things to keep in mind if you discover you need to re-do a previously filed tax return.

2. Many errors mean many X files.
Sometimes finding an error on one tax return leads to the same distressing discovery on other 1040s. In these cases, you must file a separate Form 1040X for each year you are amending.

And you can't just mail those added corrections in one envelope. Mail each 1040X in a separate envelope.

And yes, I'm talking about old-fashioned envelopes and snail mail.

While the IRS has made much progress in going electronic, you can't e-file an amended return. Yet. The IRS is working on that, but for now it's still paper and pen and U.S Postal Service stamps when you're working on a 1040X. 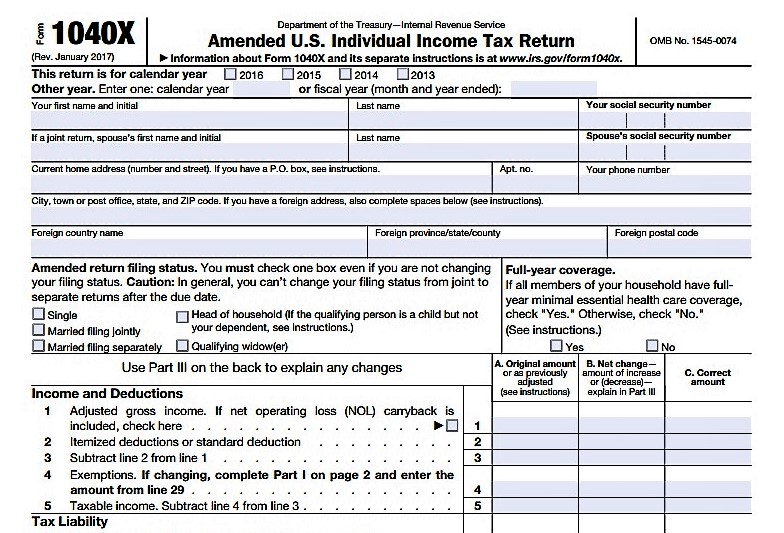 3. Complete the columns.
Although the 1040X corrects mistakes made on the standard tax filing forms, this X form has a different look.

The key area of focus on an amended return is the form's page 1 three columns. They cover the information you need to supply, specifically:

What can I say other than IRS.

This example, adapted from the Form 1040X instructions, looks at taxpayer Sheila, who originally reported $21,000 as her adjusted gross income on her 2015 Form 1040.

Sheila received another Form W-2 for $500 after she filed her return. To account for that added income, she completes line 1 of Form 1040X as follows:

Sheila also would report any additional federal income tax withheld that's shown on the new W-2 on line 12 in column B of her 1040X.

4. Supply back-up information.
As mentioned in #3, the IRS likes details on your 1040X changes. That's why there's an area on the back of the form — Part III: Explanation of Changes — to elaborate on why you're making the changes shown in other parts of the amended return.

Also attach copies of any forms or schedules that are affected by the 1040X changes. This includes any W-2 forms and even 1099s for miscellaneous income if those docs show you had any income tax withheld.

5. Double check your state returns.
If you live in a state with some sort of personal income tax, any changes you make to a prior federal 1040 likely will affect your previous state returns, too.

Check with your state tax department about the process for amending those forms, too.

Amending when it costs you more: Most of the time, folks file a 1040X because they inadvertently cheated themselves out of some tax savings. That's a wise move.

But you should file a 1040X even if you discover a mistake or oversight that means you owe Uncle Sam more tax money.

Why? Well, the main reason is that you're an honest person.

The other big reason is money. Really.

Yes, fixing tax errors that short-changed the U.S. Treasury will cost you. Not doing so as soon as you find them could cost you more because the IRS is likely to also eventually discover your underpayment.

When that happens, be it mere months or many years later, the IRS will come after you for the unpaid amount plus those dreaded penalty and interest charges that have been accruing.

If you catch and fix the unpaid tax mistake first, your Form 1040X filing will stop those added charges as soon as the IRS gets the corrected information.