A proposal to limit certain business estate valuation discounts is outta here under the Treasury's finalized list of eight tax regulations it wants to eliminate or substantially revise. 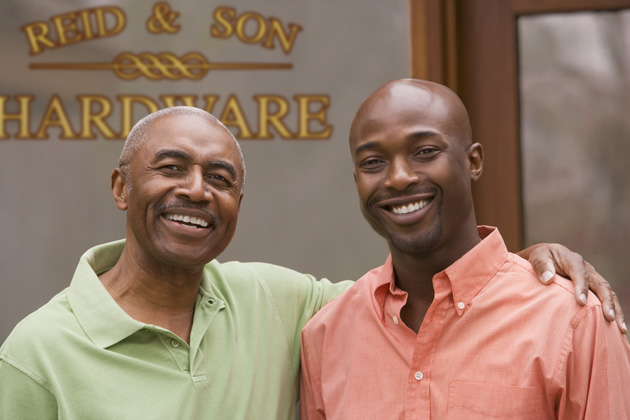 Remember back in July when the U.S. Treasury announced eight tax regulations it said were burdensome and needed to be changed or axed?

Treasury Secretary Steven Mnuchin and his staff have now finalized what they want to do with these eight rules. Three would be tossed out, including one that many say hurt family-owned and operated businesses. Two would be partially revoked. The final three would be substantially revised.

"This is only the beginning of our efforts to reduce the burden of tax regulations," said Mnuchin in announcing the report on the eight targeted tax regs, which also earn this week's By the Numbers honor. "Our tax code has been broken for too long, and this retrospective review, along with our efforts on tax reform, will ensure that we have a tax system that fosters economic growth."

Ending an estate valuation rule: The biggie, at least from Mnuchin's and many family-owned businesses' perspectives, is the revocation of proposed Section 2704 regulations that would have limited valuation discounts. The regs would have made it difficult and costly for a family to transfer their businesses to the next generation, according to opponents of the rule.

The federal estate tax, or the death tax as its haters tend to call it, has long been a hot-button tax issue. Killing the estate tax (which actually happened back in 2010, but for just that one year) has been in every Donald J. Trump tax plan iteration. The permanent 86ing of the estate tax has also been top of House and Senate tax to-do lists for year.

Could the revocation of this reg be the first step toward this perennial Republican legislative goal?

Such attention is likely why the business valuation rule drew many comments from the public, which Treasury sought in announcing its list two months ago. Those against the rule told Mnuchin et al that the proposed assessment requirements were unclear and could not be meaningfully applied.

The proposed regulations would have added new requirements to be considered a political subdivision for purposes of issuing tax-exempt municipal bonds. They would have imposed enhanced standards to show a governmental purpose and governmental control. Treasury said the proposed changes are being axed because they would have been costly and burdensome.

Also gone are Section 385 regulations that would have established minimum documentation requirements and transaction rules that treat as stock certain debt issued by a corporation to a controlling shareholder. They will be replaced with streamlined documentation rules that are expected to modify the requirements related to a reasonable expectation of ability to pay indebtedness and treatment of ordinary trade payables. The streamlined rules will be available for public comment before taking effect.

Two regs to be partially repealed: Treasury has decided on partial repeal of a couple of regulations.

The regulations under Section 7602 that deal with summons to Internal Revenue Service contractors will be modified to remove attorneys from the list. Originally, the proposed regulation included lawyers in the list of outsourcers (such as outside economists, engineers and consultants) from whom the IRS could receive documentation and assistance in questioning taxpayers under oath.

Now, says the Treasury, attorneys who are private contractors would be prohibited from assisting the IRS in the auditing of taxpayers, including in the interview process. A revised regulation would continue to allow outside subject-matter experts to participate in summons proceedings.

Proposed partnership liabilities also will be partially revoked. Both Treasury and the IRS believe that the temporary regulations relating to disguised sales should be eliminated and the prior regulations reinstated. Treasury and IRS will continue to study the issue and consider comments related to bottom-dollar guarantees.

Final three up for further revision: Finally, the remainder of the eight regs that Treasury designated as needing reevaluation are likely to be substantially revised. In these cases, Mnuchin and his staff call for —

Yeah, most of these regulations deal with rather esoteric provisions in the Internal Revenue Code.

But a paraphrased popular Chinese proverb applies to taxes: "A journey involving thousands of tax law changes begins with a single regulatory revocation."