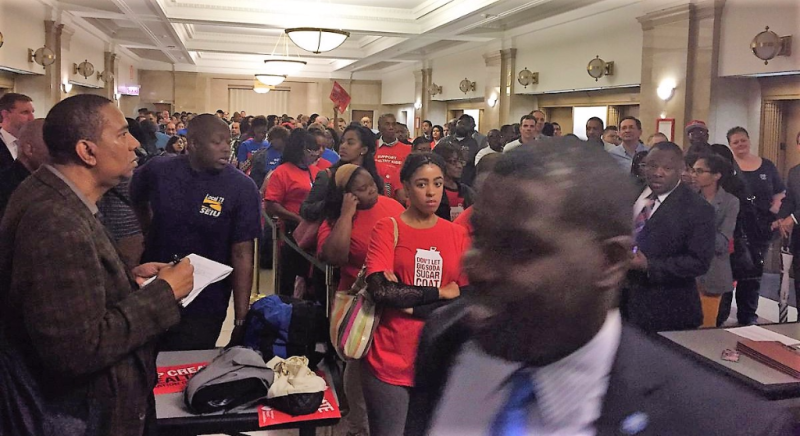 Cook County residents lined up last week to tell county commissioners what they thought about the board's proposed soda tax. (Photo by Hal Dardick via Twitter)

Cook Cook County officials implemented a tax on sugary beverages this summer. That levy, which was designed to (1) promote healthier habits among Chicago-area residents, (2) raise more much needed money for the Illinois county or (3) both, has fizzled.

On Wednesday, Oct. 11, county commissioners voted 15-2 to repeal the penny-per-ounce tax, which, like similar proposals, is usually referred to as a soda — or pop in the Midwest — tax. Collection of the tax will end on Dec. 1.

Immediately unpopular pop tax: Even though the soda pop tax's demise means Cook County now must find another way to plug the $200 million hole in its fiscal 2018 budget, the vote was not a surprise.

As soon as it was proposed last year, the penny-per-ounce tax came under aggressive attack from store owners, drink companies and bottlers.

Baylen Linnekin says in an analysis for Reason that the greater-Chicago-area tax went flat because "everybody realized it was about bringing in money, not improving public health."

"Raising revenue was never my first choice," Preckwinkle said over the course of the bill's debate. "This measure provides important revenue, not only to avoid damaging cuts for public health and public safety systems, but also to expand our community-based interventions in both arenas."

Soda tax debate will bubble up again: While Cook County's action might not bode well for future soda tax proposals elsewhere, I don't see the idea totally losing its sparkle.

Local jurisdictions nationwide are thirsty for any and all revenues sources.

That's why the debate and Linnekin's and Preckwinkle's positions share Shout Out Sunday honors.

And with that, it's now time for my lunch with, of course, a Coke. 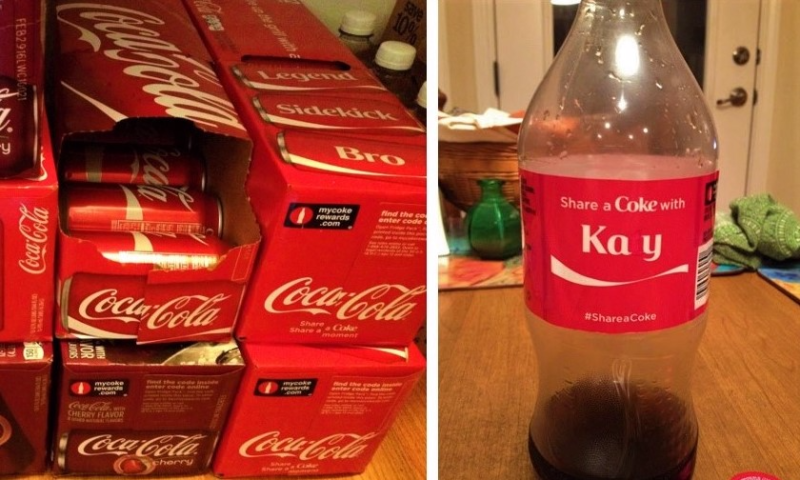 Despite the many Coke options in our pantry, I had to resort to editing a label to get one with my name! (Photos by Kay, not Katy, Bell)