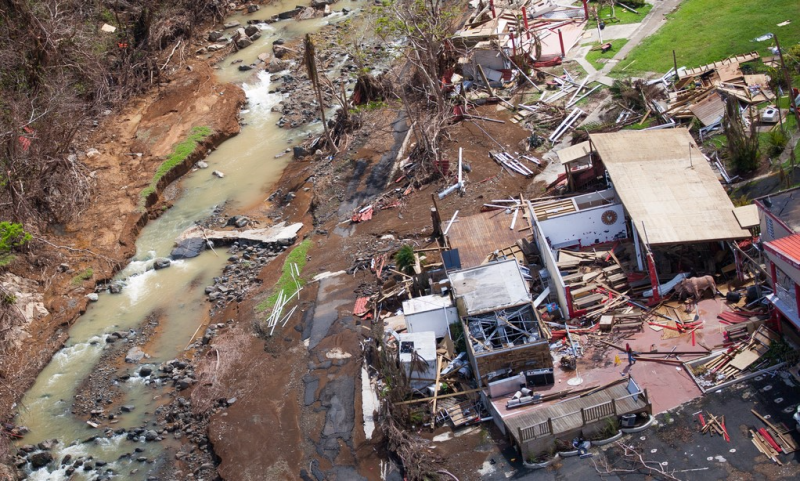 Aerial view on Oct. 9 of a damaged home in the mountainous area of Barranquitas, Puerto Rico. After Hurricane Maria, many homes, businesses, roads and bridges suffered major damages due to strong winds and heavy rain. (Photo by Andrea Booher, FEMA)

To borrow from James Taylor's plaintive classic, the Internal Revenue Service has seen fire and rain and is making tax accommodations for Americans having to deal with those disastrous aftermaths.

Hurricane Maria made landfall in Puerto Rico on Sept. 20, pummeling the U.S. territory with category 5 force. Three weeks later, many of the island's 3.4 million residents are still without power, drinking water, food and medicine.

While Puerto Ricans and the federal government struggle with how to meet those needs, the IRS at least has taken steps to relief them and fellow Americans in the U.S. Virgin Islands of some tax worries.

Tax domicile leeway: The IRS issued guidance on tax relief for Puerto Rico and the U.S. Virgin Islands residents who evacuated the islands or haven't been able to get back to their homes after Hurricanes Maria and Irma, which damaged USVI's two northernmost islands on Sept. 6, hit.

Time spent in other locations can affect a person's domicile, which is his/her permanent residence to which he/she intends to return. The general tax rule is the 183-day presence test, which requires individuals to be in the location where they claim residence for that amount of time during the tax year.

Residents also can typically include up to 14 days within that 183-day period because of a declared disaster. However, because of the extent of the damage from the recent hurricanes, the IRS has extended the usual 14-day absence period to 117 days, starting Sept. 6 and ending Dec. 31, for the presence test for residency under the tax rules.

Someone who is absent from either U.S. territory on any day during this 117-day period will be treated as leaving or unable to return to the territory because of either storm. This added time should protect them otherwise losing their status as bona fide residents of Puerto Rico or the U.S. Virgin Islands for tax filing and reporting purposes.

IRS Publication 570 has details on the presence test for residents of U.S. territories. IRS Notice 2017-56 elaborates on the 14-day extension in the wake of Irma and Maria.

More time for USVI filers: In addition, both Puerto Rico (PR) and U.S. Virgin Islands (USVI) taxpayers have been given additional time to file required taxes. The IRS relief is similar to the filing extensions granted individuals and businesses in Texas after Hurricane Harvey and Florida and Georgia after Hurricane Irma.

In the case of U.S. Virgin Island taxpayers affected by Hurricane Irma, the IRS says these residents of St. Croix, St. John and St. Thomas who face certain tax deadlines falling on or after Sept. 5 and before Jan. 31, 2018, now have until the end of next January to file.

This covers taxpayers who had a valid extension to file their 2016 return on Oct. 16.

It also includes the quarterly estimated income tax payments that were originally due on Sept. 15 and which are due on Jan. 16, 2018, as well as quarterly payroll and excise tax returns normally due on Oct. 31. Tax-exempt organizations that operate on a calendar-year basis and had an automatic extension due to run out on Nov. 15 also now have until Jan. 31, 2018, to file.

More time for PR filers: Residents and business owners in any of the 78 municipalities in Puerto Rico also get more time to take care of tax tasks.

The IRS has postponed certain deadlines for these PR taxpayers in the wake of Hurricane Maria, specifically with regard to due dates falling on or after Sept. 17 and before Jan. 31, 2018. In these cases, the new deadline is the end of January 2018.

With some exceptions, the IRS extended many of these deadlines earlier following the disaster declaration for some PR municipalities hit by Hurricane Irma.

And tax-exempt organizations that operate on a calendar-year basis and had an automatic extension due to run out on Nov. 15 now have until next January to do so.

California wildfire tax relief: More than 3,000 miles across the country, the IRS also has issued tax relief guidelines for Californians affected by wildfires. 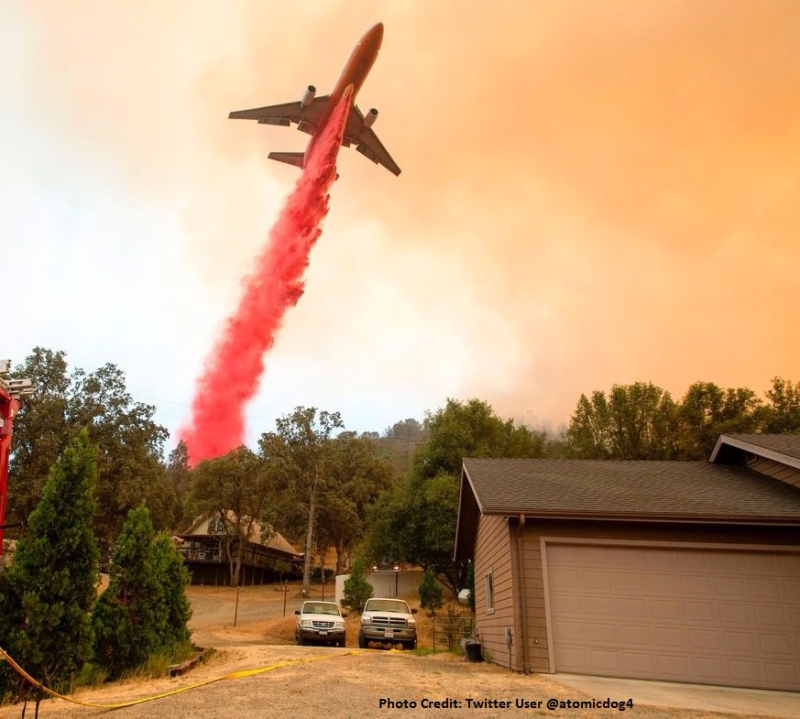 Firefighters and relief workers who live elsewhere but are in the counties helping extinguish the flames and assist those affected by the fires also qualify for the extension.

Again, the new end-of-January-2018 due date covers extensions that are due Monday, Oct. 16. Calendar-year tax-exempt organizations with filing extensions until Nov. 15 also can now put that off until next January.

No added effort for eligible taxpayers: If you qualify for any of these extensions until Jan. 31, 2018 — which is this week's By the Numbers figure — you don't have to do anything extra.

The IRS notes that it automatically provides filing and penalty relief to any taxpayer with an address of record located in the disaster areas.

If, however, you do qualify but get a late filing or late payment penalty notice from the IRS that has an original or extended filing, payment or deposit due date falling within the postponement period, call the number on the notice to have the penalty abated.

And if you live outside the disaster area, but records you need to meet a deadline are in the affected zone, contact the IRS at (866) 562-5227 and explain your situation. The agency says it will work with folks in such situations.

Such tax accommodations also apply to firefighters and workers assisting the relief activities who are affiliated with a recognized government or philanthropic organization.