Welcome to Part 4 of the ol' blog's series on 2018 inflation adjustments.
Today we look at changes to some popular credits and deductions.
You can find links to all 2018 inflation posts in the first item:
Income Tax Brackets and Rates.
Note: The 2018 figures apply to 2018 returns that are due in 2019.
New tax laws also have altered some of the 2018 amounts and are noted in the post below.
For comparison purposes, you'll also find 2017 amounts to be used
in filing 2017 returns due next April. 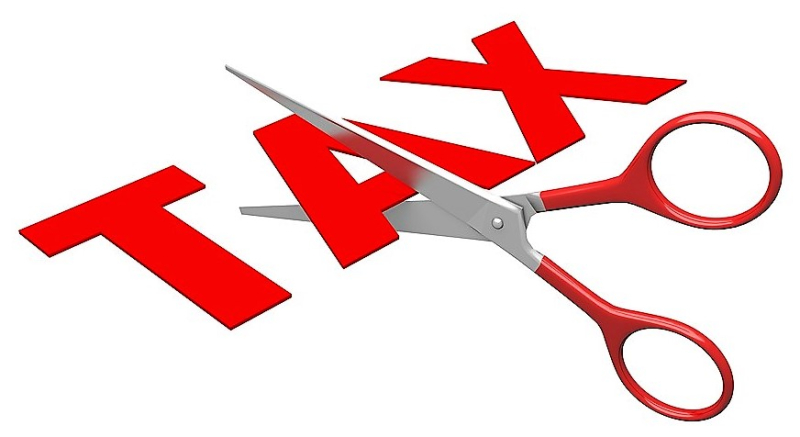 Millions of taxpayers depend each year on tax deductions and tax credits to cut their annual tax bills.

The main tax reduction strategy is claiming the standard or an itemized amount. Adjustments for the 2018 tax year to these tax write-offs were covered in Part 2 two of my annual tax inflation series.

But there are many other popular tax deductions and tax credits — ranging from Uncle Sam's help for adopting children to paying for schooling to assisting commuters to supporting moderate- and lower-income workers — that filers can use.

Many of these tax breaks also are affected each year by inflation. Here's' how they'll look in 2018.

UPDATE: Much has been written about changes to the child tax credit, including by me in my overview of the changes in the Tax Cuts and Jobs Act that because effective on Jan. 1, 2018. However, the child tax credit is not mentioned in this post because it is not tied to inflation. The amounts eligible parents can claim — now doubled to $2,000 with tweaks for a refundable portion — is set by statute and only Congress can adjust them … or let them expire, as the new law calls for, at the end of 2025.

Adoption tax credit, employer assistance
Ask any parent, having kids costs a lot. There are myriad tax breaks to help moms and dads deal with child-related expenses, including help in the form a tax credit and tax-free employer assistance for folks who grow their families through adoption.

Adoptive parents and those considering adoption got a scare during the recent tax reform debates. There was talk on Capitol Hill of ending the credit. However, after hearing from parents and adoption support groups, lawmakers decided to preserve the federal assistance for adoptive families.

In addition to the large dollar amount, the beauty of this tax break is that it is a credit, which is better than a deduction because tax credit directly reduces your tax liability dollar-for-dollar.

Both the adoption income exclusion and tax credit amounts will begin to phase out in 2018 when individuals have modified adjusted gross incomes (MAGI*) greater than $207,580. Once the adoptive parents hit MAGI of $247,580, they cannot claim the tax-favored adoption assistance.

*As shamelessly plugged earlier in this 2018 inflation series, you can check out the ol' blog's glossary for more on MAGI, as well as many other tax term definitions.

Depending on the adoption's cost, you may be able to claim both the tax credit and the exclusion. However, you can't double dip; that is, you cannot claim both a credit and exclusion for the same adoption expenses.

Note, too, that the tax credit is not refundable. That means you can use the amount to reduce any tax you owe to zero, but if you have extra credit after that, you won't get it as a refund.

This educational tax credit is worth a possible maximum of $2,000. However, that amount is reduced if you make what the IRS considers a lot of money.

Student loan interest
Among the many costs of raising kids is paying for college. That's why so many students and/or their families take out loans to pay for higher education.

One of the many income adjustments, popularly known as above-the-line deductions, is the ability to offset a portion of those higher education loans. During tax reform discussions, many of the income adjustments were on the chopping block, but the student loan interest one survived.

That $2,500 tax breaks is still in the tax code. And that amount of deductible educational loan interest is set by law, which means in 2018 it's stuck at level.

Another hurdle is that if you make more than a certain amount, you won't even be able to deduct that amount.

Unfortunately for students and their families going into college debt, those 2018 amounts are unchanged from the 2017 MAGI phaseout and elimination amounts. So if your income goes up next year, you could lose some or all of this tax break.

Interest earned on eligible Series EE and I bonds issued after 1989 is not taxed as long as the bond owner uses the redeemed bonds to pay qualified higher education expenses at an eligible institution.

This exclusion will start phasing out in 2018 for those with MAGI of more than $119,550 on joint returns and $79,700 for all other filers. The tax-free savings bond interest exclusion is completely phased out for joint filers with MAGI of $149,550 and $94,700 or more for all other returns.

That's a hike over 2017's exclusion phaseout/elimination of more than $117,250 for joint filers and $78,150 for other taxpayers. This tax year, you cannot claim the savings bond interest exclusion at all if your MAGI as a joint filer is $147,250 or more or is $93,150 or more if you file using one of the other filing statuses.

Educators' expenses deduction
Tax breaks are for more than just students. Elementary and secondary school teachers, along with certain other educators, can claim some of their out-of-pocket classroom expenses as an above-the-line deduction.

This tax break of $250 was made a permanent part of the tax code as part of 2015 tax extenders bill, formally known as the Protecting Americans from Tax Hikes or PATH Act. That law also calls for the allowable expenses amount to be adjusted annually for inflation.

There was concern that this above-the-line deduction also would fall victim to changes in the Tax Cuts and Jobs Act (TCJA). Good news for teachers. It didn't.

Transportation fringe benefits
Commuting can tax your patience. But you might get some tax help in getting to and from work.

If your company helps you cover the cost of your commute via mass transit or pays at least part of your parking once you're there, that assistance is tax-free.

Sorry, workers. Under provisions of the new laws, your employer no longer can deduct fringe benefits offered commuting employees by subsidizing some or all of their parking, transit, and vanpooling costs. The new law also suspends bicycle commuting reimbursement from the definition of qualified transportation fringe benefits.

That means that without the business tax break for these employee fringe benefits, many companies probably will eliminate them.

And that means workers will be spending part of any TCJA tax cuts they see on paying for parking and commuting to work.

To claim the EITC in tax year 2018, inflation adjustments mean that your earned and adjusted gross income (AGI) each must be less than:

To claim the EITC in 2017 your earned and adjusted gross income (AGI) each must be less than:

If you do qualify for the EITC in 2017, the maximum credit amounts — which are refundable, meaning any excess could come back to you as, as the name says, a refund — are:

Whew! That's a lot of numbers, both for this tax year and adjusted for inflation in 2018. But it's worth checking into whether they can help your cut your tax bill, both for the 2017 tax year and next.

My bad. Some cut and paste errors that I have corrected. Thanks for pointing them out.