If compassion fatigue hadn't set in after the back-to-back-to-back hurricanes that roared across the Atlantic, laying waste to much of Texas, Florida, Georgia and many Caribbean islands, it probably did when Mexico got rocked within two weeks by two massive and deadly earthquakes. 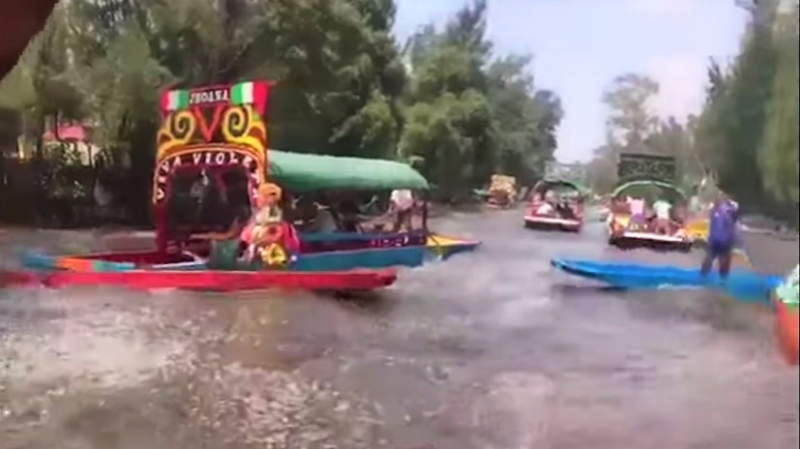 A group of American tourists were literally rocked when their Sept. 19 Mexico boat ride was interrupted by a 7.1 magnitude earthquake. Click image to watch full YouTube video.

Many of the small tropical islands were particularly hard hit by Hurricanes Irma and then Maria. Both were major hurricanes. Both covered wide areas. The mass of the storms dwarfed the islands, which couldn't put up much to break the fury of the wind and rain.

Four of the islands — Puerto Rico and the U.S. Virgin Islands trio of St. Thomas, St. John and St. Croix — are American territories. Constitutionally, a territory is subject to and belongs to the United States. As such, they'll be getting some official U.S. help in their recovery efforts.

Also, any donations you make to U.S. charitable groups helping those territories would qualify you to deduct your gift if you itemize.

Foreign charity gifts not deductible: But what if you wanted to give to a foreign-based nonprofit that's sending aid to the French/Dutch island of St. Martin/Sint Maarten or the British Virgin Islands or Dominica or Barbuda, all of which sustained massive damage from Irma and/or Maria? Or to Mexico as it literally digs out of the rubble that the recent temblors produced.

Feel free to do that. I might join you, as the hubby and I spent a couple of wonderful vacations St. Martin and BVI. My heart breaks at the losses those welcoming residents have sustained.

Islands.com has some hurricane help suggestions, as does the Center for International Disaster Information. Topos México and Fondo Unido México are just two of the ways you can help our neighbors to the south recover from the earthquakes.

But you and I won't be able to deduct our gifts to those non-U.S. nonprofits helping many Caribbean islands. U.S. tax laws do not allow for deduction of direct contributions to foreign charities.

In my post back in November 2013 after a gigantic typhoon slammed the Philippines, I cited an background provided by audit, tax and consulting giant PricewaterhouseCoopers (PwC) on two foreign donation/deduction cases decided by the U.S. Tax Court:

The bottom-line in both cases is that gifts to a charity created or organized under foreign law are not deductible for U.S. income tax purposes.

U.S. based global gifts: If you're intent on giving to groups that are helping foreign island nations recover from the recent spate of storms, consider giving to an IRS-approved U.S. organization with tax-exempt status and which has a special fund designated for overseas relief efforts.

That shouldn't be too hard.

Many U.S.-based nonprofits do provide global aid. In these cases, you can direct your money to the areas outside U.S. borders, but still be allowed to deduct your gift on your U.S. tax return.

Here are five U.S. organizations that are dedicating funds to international hurricane and/or earthquake relief efforts:

And be on the look out for despicable crooks who use disasters as hooks to steal the money you meant for those in desperate straits. Check out every charity, either at the IRS' online nonprofit search tool or via private philanthropy trackers GuideStar and Charity Navigator, before making any donations.