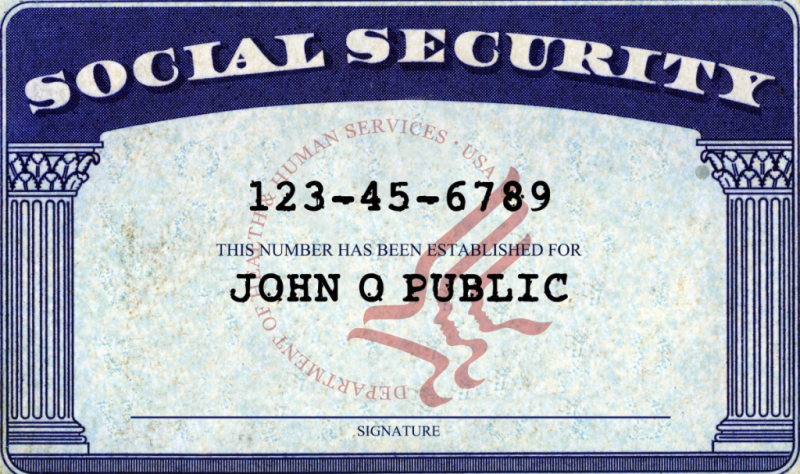 It seems a bit too little, too late, but the Internal Revenue Service is continuing its efforts to make it harder for identity thieves to get their hands on our tax documents.

The IRS this week (Sept. 20) published a notice on its proposed regulations that would allow issuers of W-2 forms to truncate the recipients' Social Security numbers. The idea is that even if criminals get their hands on the earnings statements, they would be of less use since they wouldn't have workers' full tax identification numbers.

Unfortunately for the IRS and the rest of us, the tax agency's announcement came just days after credit bureau Equifax revealed a hack of its database exposed personal information — including Social Security numbers — of 143 million of us.

Still, kudos to the IRS for doing what it can under the restrictions it faces.

IRS finally given go-head: Many in the tax, payroll and accounting worlds have for years been calling for abbreviated Social Security numbers (SSNs) on all types of personal documents.

The IRS, however, only relatively recently was given the authority to act on personal identifiers shown on W-2s.

Among the provisions in the Protecting Americans from Tax Hikes, or PATH, Act that became law on Dec. 18, 2015, were law changes to help the IRS fight the filing of fraudulent income tax returns by crooks who've stolen taxpayers' Social Security numbers.

The change one that got the most attention was the requirement that employers deliver copies of W-2 forms (and some 1099 forms send to independent contractors) to the Social Security Administration (SSA) by the same time they send them to workers. That's Jan. 31.

Previously, the deadline for the SSA, whose data the IRS checks when matching information on tax payment docs with that entered by individuals on their 1040s, was the end of February. Now the IRS can more quickly confirm that the entries on returns are correct and/or legit.

The truncated Social Security numbers, also referred to as truncated tax identification numbers or TTINs, will add another layer of security to the tax filing system.

How shorter SSNs will work: Here's an overview of what the proposed SSN display regs would, and wouldn't, do.

Truncated Social Security numbers would be used on W-2 forms that are provided to employees. The shortened government identification numbers also would appear on forms and instructions.

Similarly, the proposed regs say that a worker's Social Security number must appear in full on a statement provided by insurance companies to employers detailing the amount of sick pay any payee got from a third party.

However, employers may truncate payees' Social Security numbers on the W-2s reporting that third-party sick pay that is provided to the recipients.

Basically, the entities that keeps track of pay for official business and tax reasons must get the full Social Security number data. But in sending us W-2 forms letting us know our earnings and other pay-related info, employers can truncate our tax ID numbers.

Tell the IRS what you think: The IRS wants to know what you think about its plans to in many cases truncate Social Security numbers on tax reporting docs.

Send your comments on the proposed regulations can be send to:

And, of course, you can go electronic and send your thoughts via the Federal eRulemaking Portal at www.regulations.gov.

Truncation timing: The IRS wants these proposed regulations to apply to W-2s that must go to employees in 2019.

That's right. It's going to take more than a year for this Social Security number security feature to take effect.

Then the IRS must assess the comments it will get by mid-December. It will take a while for the agency to determine what, if any, changes it wants to make to the final truncated Social Security number regs.

That won't be possible by the arrival, in just about three months, of the 2018 tax filing season.

Again, it's a bit frustrating that an effort to reduce tax identity theft takes so long. But again, good for the IRS for taking the time-consuming steps to do what it can as quickly as it can.

Thanks for this. I just had a conversation with my CPA about what is being done about this upcoming filing season and the Equifax breach (no doubt I was included in).

He mentioned that everything, as it does in D.C., comes down to funding. Which threw me into a rant about all the things wrong in the world, especially Level 176 of Soda Crush that I can't seem to get past!

Sorry, I must have blacked out again, but appreciate this article because it shows something is being done. And I continue to put my faith in the American system, no matter who screwed up we are at this moment. In for the long-haul.