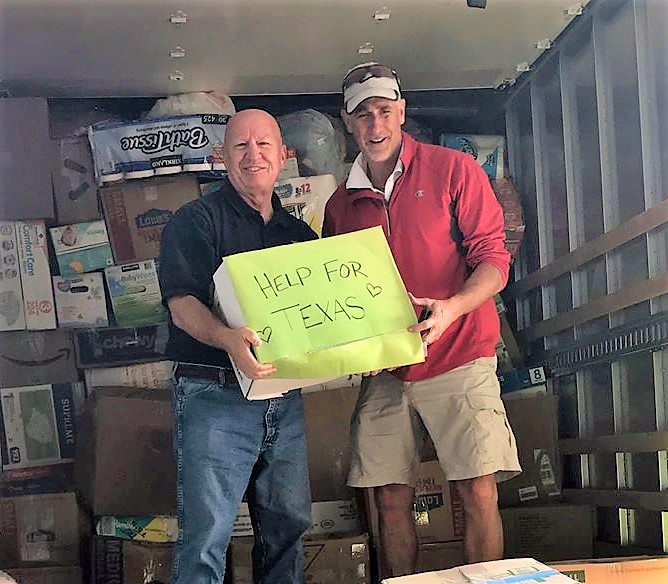 Here's a clear indication that tax reform isn't going to be as easy as many hope.

Rep. Kevin Brady, the Texas Republican in charge of the House tax-writing committee, is himself considering adding a new tax provision.

Last week Brady, who's repeatedly said 2017 offers the best chance yet for Congress to push through the first major tax overhaul since the historic 1986 tax code rewrite, suggested that some specific changes could be needed to help those suffering from this summer's devastating hurricanes.

Among proposals Brady is floating is one that would let storm-affected individuals take money out their 401(k) plans without paying the usual 10 percent tax penalty. This charge is assessed when the workplace retirement account money is withdrawn before the account holder reaches age 59½.

Tax penalty to protect retirement savings: The penalty, along with taxes due on the tax-deferred account money, is meant to discourage raids on retirement funds.

Such accounts, however, often are the only sources of somewhat accessible cash for many people. The retirement accounts are tempting revenue sources when they face dire situations like hurricanes and other natural disasters that require cash to recover from the storms or even just to meet post-catastrophe day-to-day expenses.

The Internal Revenue Service realizes this. The tax agency recently eased rules allowing for easier loans and hardship distributions for victims of both Hurricanes Harvey and Irma.

But the loans must be paid back within five years or it's subject to normal income taxes and the 10 percent penalty. Hardship withdrawals are also taxable and subject to the same early withdrawal penalty.

Ending the penalty altogether: That's where Brady's potential bill would come in. He wants to eliminate the penalty. The tax requirement, however, would likely remain.

The change, according to Brady, would be solely for storm affected households.

"No two disasters are the same. These won't be boilerplate," Brady told reporters last week. "We'll tailor these to our communities and their needs going forward."

Brady says he expects to get bipartisan support for the change.

Might not be that easy: However, some lawmakers and tax policy experts, aren't impressed with Brady's idea.

Using the tax code as a way to deal with specific taxpayers' situations, regardless of how necessary and compassionate, is part of the reason the tax code has gotten so out of control.

"This is way at the bottom of tax policy sins, but to me, the tax code is not something you should try to use to solve all problems," Douglas Holtz-Eakin, president of the American Action Forum, told The Washington Post. "It's supposed to raise revenue while ensuring good incentives to invest, innovate and raise the standard of living of the population. This kind of thing goes in the other direction. It discourages saving and tosses the money into disaster relief."

Then there are the lawmakers who are concerned about to pay for lower tax rates and other breaks that they want to be of tax reform. Giving up money, even if it is for a worthy cause and in relatively rare situations, undercuts that effort.

Another 401(k) change could fund tax code changes: In fact, some Senators and Representatives already have their eyes on 401(k) plans as a tax reform revenue source.

There's been a proposal that traditional 401(k) plans be converted to Roth versions. That is, the money that workers put into their companies' defined contribution accounts would be taxed first, but tax-free upon withdrawal many, many years later in retirement.

The change presumably would raise billions of dollars thanks to the taxes on the money that now is not taxed when it goes into a 401(k).

But would removing the upfront tax savings prompt many folks to quit contributing? That could be an unintended consequence that could produce a whole other set of financial concerns when folks retire without enough money to support themselves during their golden years.

Thanks, though, Rep. Brady, for underscoring the extent of the work that you, your Ways and Means colleagues and the rest of the Congress must do to accomplish any tax code changes.