UPDATE, Oct. 26, 2017: Uh-oh, it looks like the prez has changed his mind, at least somewhat, regarding his tough "NO change" to 401(k)s stance (see Oct. 23 update below). On Oct. 25, Donald J. Trump reiterated his support for the workplace retirement accounts, but added that changes to the tax-deferred defined contribution plans are still on the table "and maybe we'll use it as negotiating." The prez's comments came after he also got some push-back from Congressional tax writers, including House Ways and Means Chairman Rep. Kevin Brady (R-Texas).

UPDATE, Oct. 23, 2017: 45th president apparently is a big fan of 401(k) plans. As Congress works on fleshing out the White House's tax reform/tax cuts proposal, there's been talk — like in the item below posted Sept. 25 — of changing the workplace retirement plans, possibly removing the upfront tax advantages. Today, however, Donald J. Trump announced his support of keeping 401(k)s as is via, of course, an early-morning tweet: "There will be NO change to your 401(k). This has always been a great and popular middle class tax break that works, and it stays!" So it's back to work for tax-writers who had suggested such a change.

One area individuals and businesses are closely watching is whether the proposal will include changes to company-offered retirement plans known as 401(k)s. 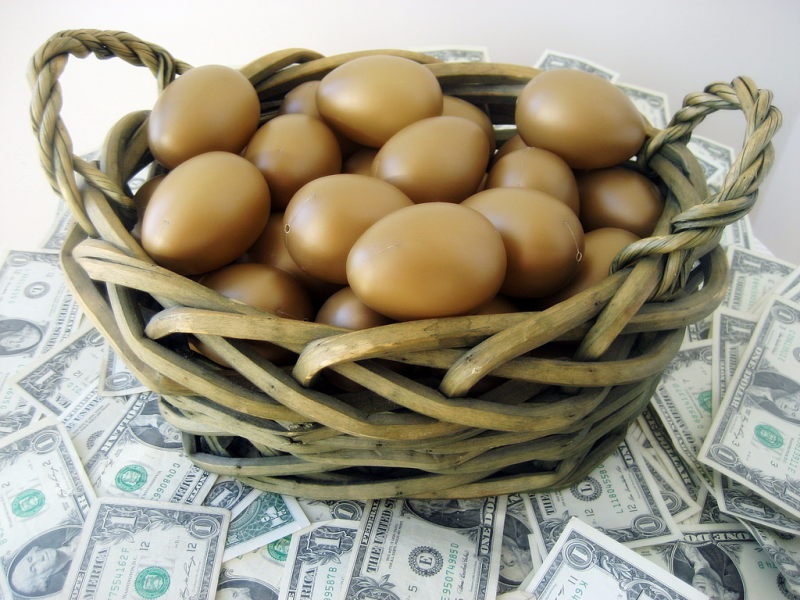 Most workers participate in a traditional 401(k) plan, in which employees' retirement contributions are made with pre-tax dollars, the fund grows tax-deferred and then account owners pay tax on their withdrawals in retirement at ordinary income tax rates.

These 401(k)s are attractive to many not only because of the usual match by their employers of at least some contributions, but also because they offer up-front tax savings.

There's been talk, however, that traditional 401(k) plans could be a victim of tax reform. Some on Capitol Hill reportedly are proposing changes to these defined contribution plans that would eliminate their immediate tax benefit.

Roth 401(k) plans already exist. They were created as part of the Economic Growth and Tax Relief Reconciliation Act of 2001.

Like Roth IRAs, already taxed money goes into the Roth 401(k) and the money is not taxed when withdrawn. For many, that's a good move.

Other workers, however, prefer the immediate tax savings of the traditional 401(k).

Why would Congress even consider limiting savings options for something as crucial as retirement funds? It needs that money now to pay for some other tax law changes.

By forcing company-based defined contribution retirement plans to go totally Roth, the U.S. Treasury would see an influx of tax money. The Joint Committee on Taxation, the House and Senate panel that runs numbers on various tax proposals for lawmakers, estimates that in the next five years traditional 401(k) plans will cost the Treasury almost $584 billion.

Losing money now or later: Taxes, like physics, however also follow Newton's third law: For every action, there is an equal and opposite reaction.

The so-called Rothification would mean money troubles for Uncle Sam years from now when those Roth 401(k) owners start withdrawing their money in retirement.

The question is whether we — you and I as taxpayers, Congress and tax reform supporters — want to deal with the shortfall now or later. The answer in Washington, D.C., tends to be later, answered by folks who won't be around to deal with the consequences.

Long-term savings damage: There's also the tax rule of unintended consequences. It's one of the most pervasive, and too often fiscal damaging, tax laws we must face.

The budgetary gimmick of 401(k) Rothification, argue critics, could adversely affect how people save for their post-work years. They warn that loss of an immediate tax break would prompt some workers to forgo workplace retirement plan participation.

"A move to a mandated Roth system would reduce take-home pay for workers and could disincentivize Americans to save," the Save Our Savings Coalition said in a July letter to Senate Finance Committee Chairman Orrin G. Hatch (R-Utah). "When given a choice, American workers overwhelmingly choose traditional accounts over Roth accounts, and this Coalition supports savers' ability to choose the type of retirement account that works best for them."

That's not a move to make at a time when the United States already is facing a retirement savings crisis, say Rothification opponents.

We'll soon see if a change in 401(k) plans is indeed in the Republican tax rewrite. If so, will it remain or be used as a bargaining chip for other tax changes?

Would a change from a traditional 401(k) to a Roth 401(k) affect you? Would you keep contributing to your workplace plan without the immediate tax benefit?

Suppose this Roth plan proposal is approved. Earnings put into a retirement are then taxed on the front end. Now suppose in the future, income taxes are greatly reduced, but say a new national sales tax type plan is enacted. Then the earnings would be taxed again on the back end. Who wins then?
New laws need to be carefully crafted to avoid unintended consequences.

Great article. Thanks for the thoughts. It is certainly interesting to follow how all of this will unravel.

I like your notation about "less take-home pay". Every employee looks at this very carefully and manages this via their tax-advantaged retirement contributions (to contribute or not) and their W4 witholdings (money now, pay tax later).

Mentally, I believe we prefer to be holding cash today.