New NFL season kicked off another round of fantasy sports and state efforts to regulate, tax them 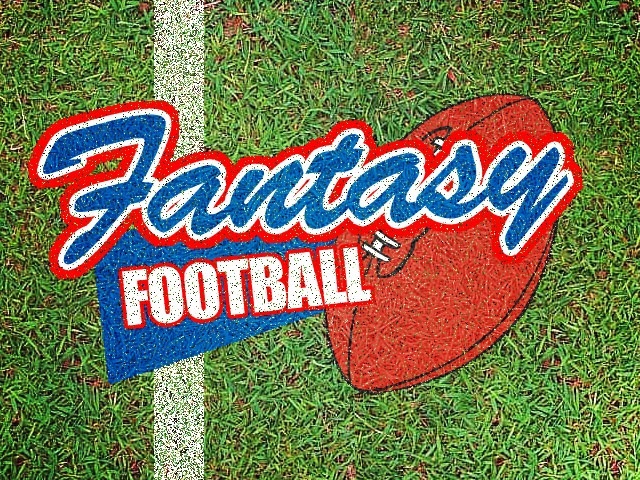 How's your National Football League team doing this season? For most fans, the answer is probably pretty good. A quick glance at NFL.com's standings after week three shows a preponderance of 2-1 teams, along with a handful that are undefeated.

For many fans, however, the more important, and potentially lucrative, question is how is your fantasy football team doing?

Quick confession here. I watch NFL games (until my teams start sucking, then I wander around my house cursing under my breath…mostly), but I don't do fantasy sports.

My big problem with fantasy football is that I'd have to root for other NFL teams' players, and by extension those teams, sometimes in direct opposition to what's better in the long run for my favorite squads. 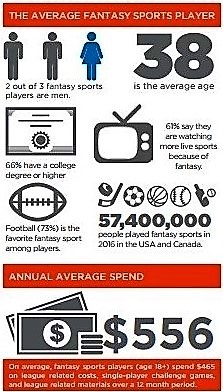 The study, released June 20 at the 2017 FSTA Summer Conference in New York City, also revealed that there are 59.3 million fantasy sports players in the United States and Canada. That's a 3.3 percent increase from last year and is the largest number of participants recorded in the annual FSTA study's 14-year history.

Part of the reason for the increase might be because more states have sanctioned daily fantasy games like those provided by the sector's giants DraftKings and FanDuel.

Most also have instituted regulations that involve payments of some sort to the states.

16 states looking to cash in on fantasy sports: The latest jurisdiction to join this list is New Jersey. The Garden State became the 16th state to legalize and regulate (except in the case of Kansas) fantasy games.

The states that have formally made it OK for residents to play daily sports fantasy games are:

These formal state approvals have come in the last two years, with nine states enacting such measures in 2016 and seven this year. Kentucky looks like it will be the next state to join the list.

Other states, while not enacting specific legislation (yet), have given the games a thumbs-up thanks to opinions issued by their attorneys general.

The reality, however, is that states also hoped that the fees from daily fantasy sports operations would produce some much-needed added revenue.

"You can't tax something if it's not legal, and states right now are mostly [debating], 'What is this? Is it legal?'" said Max Behlke of the National Conference of State Legislators last year.

Quick federal tax digression: Uncle Sam has no such qualms about wanting a cut of your income even if you earned it through illegal means.

The prospect of taxing popular daily fantasy sports was enticing.

As the debate progressed, Minnesota State Rep. Joe Atkins pointed to reports that states could reap as much as $250 million in sales tax from daily fantasy sports transactions. Given that potential take in taxes, Atkins noted that "doing nothing is not an option when it comes to daily fantasy sports."

Under the New Jersey fantasy sports law, operators must pay the Garden State "an operations fee in an amount equal to 10.5 percent of fantasy sports gross revenue for each quarter." Estimates are that will come to around $6.6 million a year going into the state's general fund.

Not really that much tax money: While the state that is home to Atlantic City, the east coast's gambling mecca, won't turn down $6.6 million, Billy Hamilton sees the amount as more like a bunt single than a home run.

States' revenue potential is likely overstated because daily fantasy sports are not the same as the season-long virtual leagues, notes Hamilton, executive vice chancellor and CFO of the Texas A&M University System, in a recent Tax Notes piece (subscription required).

"In other words, the actual taxable base is much smaller than industry data might lead analysts to believe," says Hamilton. "But whether the true answer is $1.5 million or $6.6 million, it won't produce enough money to cure what ails New Jersey’s budget — or any other state's. Thinking otherwise is a fantasy."

That's a tough message for states and their lawmakers and revenue officers.

But in governing as in pulling for a sports team, hope often overrules reality. So I expect more states will look at the fantasy sports world as a tax option worth betting on.