Remote sales tax collection looks to be heading to SCOTUS

UPDATE: On Oct. 2, 2017, South Dakota made it official when Attorney General Marty Jackley filed a petition for certiorari, asking the United States Supreme Court to review the South Dakota Supreme Court decision in State of South Dakota v. Wayfair, Overstock and Newegg. South Dakota wants the nation's highest court to overrule current physical-presence requirement that prevents it (and other states) from requiring out-of-state retailers to remit taxes for sales made within state borders. 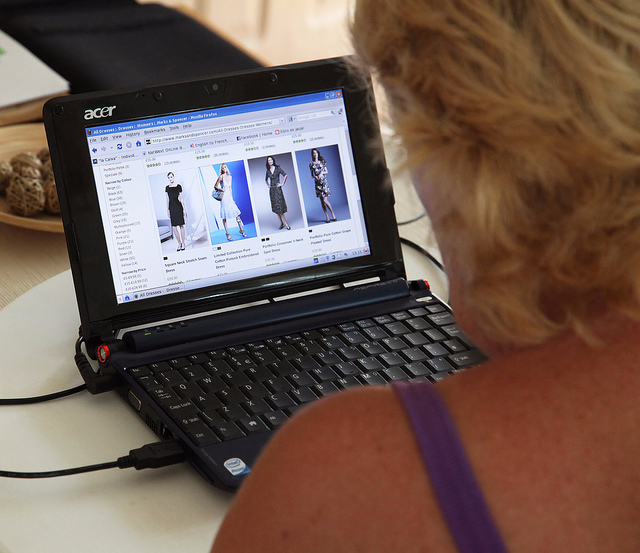 Online is the preferred purchasing method for millions. That's why states are looking at law changes, and court rulings, that let them get their sales tax share from shoppers. (Photo by Keith Williamson via Flickr Creative Commons)

I'm not a big shopper in real life. But drop a catalog in my lap and I can find a dozen things I'd love to buy. In fact, I'm checking my porch multiple times a day for a lamp I recently ordered.

Many of those tempting catalogs still include an insert form you can use to order the very old-fashioned snail mail way. Most, however, tout the benefits of ordering their items by phone or online.

Regardless of how the transaction is completed, there's the issue of added sales tax.

While Amazon now collects sales taxes on items it ships to all 45 states that have the levies, that's not the case with other remote sellers.

But it could soon be.

South Dakota sued the online companies because they did not comply with the state's 2016 law requiring certain remote sellers to collect and remit sales tax even if they have no physical presence, known in legal circles as nexus, in the Mount Rushmore State.

And that state high court rejection was just what state officials wanted.

In the oral arguments presented Aug. 29, South Dakota's attorneys conceded that the state's 2016 law expanding nexus for tax collection on remote sales is unconstitutional under the standard established by the Supreme Court of the U.S. (SCOTUS) in its 1992 Quill Corp. v. North Dakota ruling.

Yep, you read that right. As I noted in my 2016 tax wrap-up/2017 tax preview, South Dakota could rewrite tax law that was the result of a case involving its similarly named neighbor to the north.

However persuasive the State's arguments on the merits of revisiting the issue, Quill has not been overruled. Quill remains the controlling precedent on the issue of Commerce Clause limitations on interstate collection of sales and use taxes. We are mindful of the Supreme Court's directive to follow its precedent when it "has direct application in a case" and to leave to that Court "the prerogative of overruling its own decisions."

Giving the U.S. Supreme Court the chance to revisit — and overturn — Quill is exactly what South Dakota and other supporters of broader nexus rules want.

If the nation's highest court does take the case, the justices' decision will once again have national implications.

Probable, but not assured, review: Most legal eagles think the U.S. Supreme Court will take the South Dakota case.

At least once member of that esteemed group, Justice Anthony Kennedy, has expressed interest in taking a case to challenge Quill. In the Supreme Court's March 2015 decision in Direct Marketing Association v. Brohl, Kennedy wrote:

In Quill, the Court should have taken the opportunity to reevaluate Bellas Hess not only in light of Complete Aut  but also in view of the dramatic technological and social changes that had taken place in our increasingly interconnected economy. There is a powerful case to be made that a retailer doing extensive business within a State has a sufficiently "substantial nexus" to justify imposing some minor tax-collection duty, even if that business is done through mail or the Internet. After all, "interstate commerce may be required to pay its fair share of state taxes."

A handful of others, however, think that South Dakota's rushed strategy has created a case that is not developed enough for review before the U.S. Supreme Court.

And others in legal and public policy sectors argue that it's the legislative, not juridical, branch of our government that should be taking the lead here. They argue that it's Congress' job, not the Supreme Court's, to decide this (and other) tax matters.

That, however, hasn't happened, although it's not for lack of trying.

Congress has for years been fiddling with proposals to establish a nationwide system that allows states to collect sales taxes from remote sellers, but still hasn't been able to agree on an approach.

If SCOTUS does take the Wayfair/South Dakota case and rules for the state, it could alleviate some pressure on Capitol Hill to get involved.

If, however, the court decides to uphold Quill, either by a new ruling or implicitly by not taking the case, that will put more pressure on the House and Senate to act in this area.

Are you resigned to paying state and local sales taxes on your internet or other remote purchases? Do you think states should be left to decide their sales tax rules? Or do you want a unified national approach, either via a Supreme Court ruling or Congressional action?

"... it's Congress' job, not the Supreme Court's, to decide this (and other) tax matters."

That's correct in that it's Congress' job to legislate and pass laws while the tax courts and judges should interpret that laws not create the laws.

Some laws are antiquated and case rulings have shown this throughout history hence why laws are changed but it may take case rulings to sway Congress to get off their butts and update the laws!