Is Amazon's second HQ worth the tax incentive price? 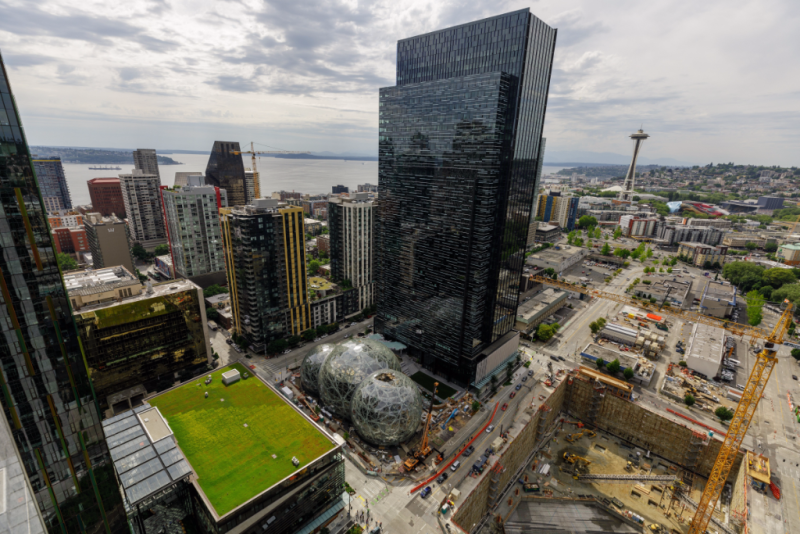 In June, Amazon acquired what many Austin residents felt was a part of the city's core, the organic grocer Whole Foods.

Now Texas' capital city is looking to get something back from Amazon — the online retailer's second headquarters.

But becoming home to that new facility also raises a big question: At what tax cost?

Second HQ as big as the first: Amazon announced Sept. 7 that it's looking for a city to be home to a new operations center that will, according to the press release, "be a full equal to Amazon's headquarters in Seattle." Austin officials and business leaders quickly tossed the city's hat into the ring.

The so-called Amazon HQ2 will be much like the original HQ in the Pacific Northwest, according to the company. The Seattle campus is home to 33 buildings, including 24 restaurants/cafes and eight other services, and encompasses more than 8 million square feet. Around 40,000 Amazon employees work there.

Amazon HQ2 is expected to eventually be home to, as the press release puts it, 50,000 high-paying jobs.

"We expect HQ2 to be a full equal to our Seattle headquarters," said Jeff Bezos, Amazon founder and CEO, in the announcement.

Paying to play: Amazon also expects the eventual HQ2 home city, state and their taxpayers to pay for the privilege of becoming home to the company's second headquarters.

Among the key preferences and decision drivers listed in Amazon's Request for Proposal (RFP) are tax breaks and other capital expenditure incentives. Specifically, the RFP says:

Capital and Operating Costs – A stable and business-friendly environment and tax structure will be high-priority considerations for the Project. Incentives offered by the state/province and local communities to offset initial capital outlay and ongoing operational costs will be significant factors in the decision-making process.

As for those incentives, tax and otherwise, Amazon is seeking additional information. Specifically:

Please provide a summary of total incentives offered for the Project by the state/province and local community. In this summary, please provide a brief description of the incentive item, the timing of incentive payment/realization, and a calculation of the incentive amount. Please describe any specific or unique eligibility requirements mandated by each incentive item. With respect to tax credits, please indicate whether credits are refundable, transferable, or may be carried forward for a specific period of time. If the incentive includes free or reduced land costs, include the mechanism and approvals that will be required. Please also include all timelines associated with the approvals of each incentive. We acknowledge a Project of this magnitude may require special incentive legislation in order for the state/province to achieve a competitive incentive proposal. As such, please indicate if any incentives or programs will require legislation or other approval methods. Ideally, your submittal includes a total value of incentives, including the specified benefit time period.

If any of the programs or incentives described in the summary of total incentives are uncertain or not guaranteed, please explain the factors that contribute to such uncertainty and estimate the approximate level of certainty. Please also describe any applicable claw backs or recapture provisions required for each incentive item.

Please provide a timetable for incentive approvals at the state/province and local levels, including any legislative approvals that may be required. 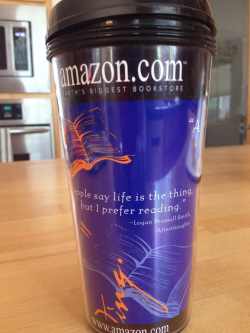 The cost of doing, and attracting business: Now let's be clear. I'm not picking on Amazon, not that Bezos would care if I were. It's an incredibly successful company and I've been a customer since the '90s, when it billed itself as (and noted on the thank-you travel mug pictured at right that Amazon sent me) the "Earth's Biggest Bookstore."

And every company, micro to massive, looks for every benefit to bolter bottom lines. Viva capitalism.

But things get sticky when the free market system is subsidized with tax dollars.

That is exactly what most large cities and states do in order to attract and keep businesses, as well as get them to expand their operations.

The tax breaks aren't exactly gifts. In most cases they are deferrals, which they hope will be offset by added jobs, both in the construction phase as well as full-time workers once the company is up and running, and the taxes those future earnings will create.

Expected pay-back: That's the argument made in the Amazon HQ2 pitch.

"In addition to Amazon's direct hiring and investment, construction and ongoing operation of Amazon HQ2 is expected to create tens of thousands of additional jobs and tens of billions of dollars in additional investment in the surrounding community," notes the announcement.

Bezos also chimes in: "Amazon HQ2 will bring billions of dollars in up-front and ongoing investments, and tens of thousands of high-paying jobs. We're excited to find a second home."

Those jobs, as well as eventual property taxes on any business structures, will help city, county and state economies. And 50,000 is a lot of new employees. I've seen substantial tax breaks given for projects that promise only 1/100th of that many jobs.

But the payoff is usually down the road, after the jurisdictions provide tax breaks as well as invest in increased infrastructure — roads, public utilities expansions — the businesses will need.

And you've also got to factor in the added ongoing costs of additional public service employees, notably police and firefighters, who will be needed to deal with the growth.

Like all of life, it's a trade-off. My wish is that cities and states and their taxpayers had more leverage in such instances. Unfortunately, though, there's generally just one new shiny project that hundreds of locations want and you don't have to have a doctorate in economics to know who's going to be the big winner in such situations.

It's a question that lawmakers in Wisconsin are dealing with as they work to finalize incentives, which includes a notable and controversial change in the Badger State's legal appeals process (who saw that coming?), to get Apple supplier Foxconn to build a plant in the state.

Business a better tax buy than sports: At least a plant or corporate headquarters is better than a sports stadium.

Professional teams' playing fields and arenas pop up all over the country, most recently in Las Vegas, where the NFL's Oakland Raiders plan to relocate in a couple of years, and Los Angeles, which will have a new home for the that city's pro football Rams and relocated San Diego Chargers.

Those rich team owners should be footing the full bill for their expensive toys' accoutrements.

Alas, however, it's us taxpayers who end up covering much of the costs of companies and teams, profitable or not, via tax incentives. And I don't see the system, which encourages coast-to-coast tax break bidding wars, changing any time soon.

Nice information sharing great blog it contains lot of information which is very helpful for us this blog is very interesting and informative and i really enjoyed it thanks for it.

Interesting commentary. I honestly had not thought about it through the lens of the tax break. I was aware of it, but I wonder if there has been any 10 year projection of tax break vs pay back done in the various cities. Like you mentioned it is the taxpayers that are on the hook. In reality the city that wins the bid will most likely be proclaimed the "winner" but in reality may never see the benefit due to the steep tax breaks.