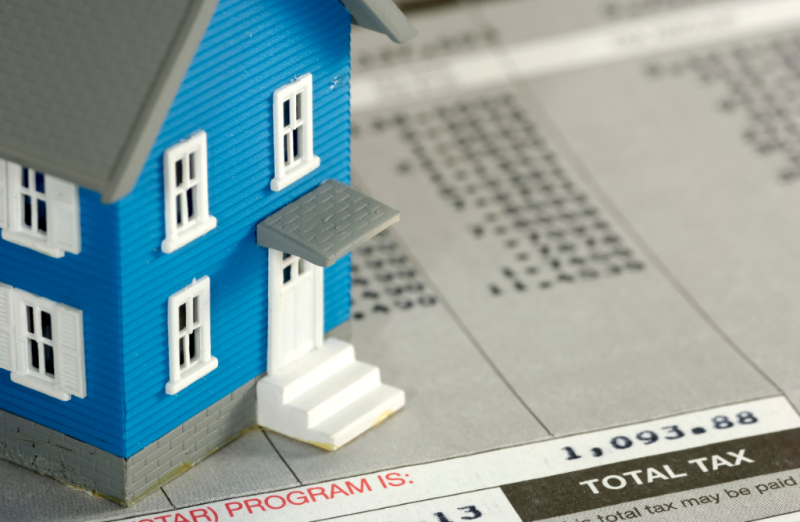 Real estate taxes, along with other now-deductible state and local levies, could be eliminated as part of the forthcoming Republican tax reform plan.

One thing is true when it comes to tax law changes. Some people win and some people lose.

The big question as we await the Trump Administration's tax reform proposal is who will end up in which group.

One segment seen as a potential big loser in the proposal Republicans will release on Wednesday, Sept. 27, are the Americans who pay state and local taxes. These include income, sales and property taxes, all of which currently can be claimed as itemized tax deductions.

Letting the U.S. Treasury hang onto this now-deductible money could increase federal revenue by nearly $1.3 trillion over a decade, according to the Tax Policy Center. That would go a long way toward paying for other tax changes the GOP wants to make.

Eliminating these deductions, however, would increase taxes for about 24 percent of U.S. taxpayers

Coalition ready for SALT deduction fight: A group of state and local government organizations, education and other public service providers and housing organizations say that cost to taxpayers is unacceptable. And the Americans Against Double Taxation (AADT) is gearing up to fight the expected GOP proposal to cut or eliminate these tax breaks.

It's not the first such battle waged by the coalition. AADT notes that it successfully preserved the state and local tax deduction (SALT) in the last major tax code overhaul, the Tax Reform Act of 1986 signed by President Ronald Reagan.

Deductions for state and local taxes is an original part of the tax code since it was adopted in its current form in 1913, according to AADT. For more than 100 years, says the coalition, SALT has helped support vital investments in infrastructure, public safety, homeownership and education and provided states and local governments with the financial flexibility to meet their residents' needs.

On the taxpayer side, AADT argues that federal SALT write-offs prevent double taxation of Americans.

Lobbying tax writers: They made these points in a letter sent Sept. 21 to the leadership of the House Ways and Means and Senate Finance Committees, urging those tax-writing lawmakers to support the ability of taxpayers to continue claiming these deductions.

To support its position, AADT cited the following arguments for retaining the SALT deduction:

"We strongly believe that no federal law or regulation should preempt, limit or interfere with the constitutional or statutory rights of states and local governments to develop and operate their own tax systems to the benefit of their constituents," the coalition wrote.

"States and local governments deploy revenues from state and local property, sales and income taxes to finance long term infrastructure projects, local law enforcement, schools, emergency and many other services," continued the letter. "By eliminating the federal deductibility of these taxes, Congress would be shifting the intergovernmental balance of income taxation and could limit state and local control of tax systems."

Money and political retribution: Since the SALT deduction claims do account for so much forgone federal revenue, it's likely that the Republican tax overhaul plan will call for at least reducing it.

There's also a bit of politics here. Most of the taxpayers who would take the hardest tax hit from SALT deduction elimination or reduction live in states that are solidly Democratic.

Let's be honest. Humans of all political stripes tend to be vindictive, at least to some degree. Many in the GOP would see this tax provision as perfect payback.

Will such a tax change make it into any final bill? Or will SALT be a bargaining chip to trade for some other tax law revision that can get more House and Senate votes?

My crystal ball is fuzzy given the crazy that Capitol Hill has recently exhibited, but I'm leaning toward an eventual reduction, but not an outright elimination, of state and local tax deductions.

Amazing article. This really appears to be the leaders in tax blogging industry. Thank you so much for introducing them. One more blog worth checking that revolves around finances, tax, account and related subject is
http://www.precursor.com.sg/news