Before you can write off your business expenses, you must show that you were indeed trying to turn a profit. 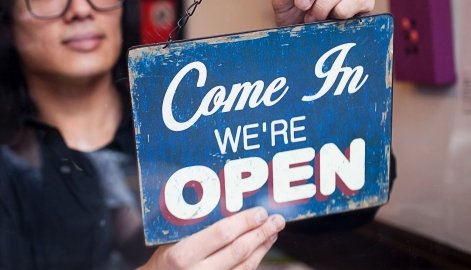 In a summary opinion, Special Trial Judge Daniel A. Guy, Jr., sustained the Internal Revenue Service’s accuracy-related penalty against Eric Zudak based on tax that was reduced by incorrect business expenses claims.

The judge held that Zudak wasn’t entitled to a deduction for expenses he paid for his film festival activity because he didn’t conduct the activity in a businesslike manner or engage in the activity for profit.

It’s not the first time the Tax Court has ruled this way.

Film festival for fun only: In this latest decision, issued June 19, court documents show that Zudak's educational and professional background was in fine arts. After college, he worked for a multimedia company and later was a minor partner in a production company, for which in the spring of 2012 he managed a college film screening of the romantic the company made.

The next year, he established a website for CFF where he posted material aimed at filmmakers, expressing his hope to "create a film festival where the interests of the festival directors would align with the interests and passions of working filmmakers, especially indie filmmakers."

But he also stated in an online letter that during an early organizational meeting with the CFF team, "[E]veryone knew I was serious about 1) artistic expression, 2) the indie spirit and 3) the value of aggressive creativity. They also knew I didn’t give a damn about generating revenue, catering to the donors or preserving an imaginary legacy. I just wanted to bring together academics, artists and business development folks, in a way that created value for everyone involved."

Not a good admission to make if you're planning to deduct expenses for a so-called business.

Film festival losses mount: Nonetheless, he conducted a couple of college film festivals in 2013. In 2014, he filed his 2013 tax return, including a Schedule C for CFF. That sole proprietorship income tax form showed gross receipts of $690 and expenses of $32,747, resulting in a net loss of $32,057. Petitioner did not include a schedule of CFF’s expenses with his tax return.

As noted many times here on the ol' blog, when you enter items on your tax return, it's up to you to show that your claims are accurate. The Tax Court reiterated that in the Zudak case, noting, "The Commissioner’s determination of a taxpayer’s liability in a notice of deficiency normally is presumed correct, and the taxpayer bears the burden of proving that the determination is incorrect.

So, in claiming his expenses on his Schedule C, Zudak should have shown that they were legitimate business expenses.

Insufficient documentation: Instead, notes the court judgment, Zudak did not sufficiently refute the Internal Revenue Service's contention that his activity was a hobby, not a business with the goal of turning a profit. In this case, argued the IRS, Zudak "is not entitled to a deduction for those expenses because he was not carrying on the film festival activity as a trade or business [as determined by the Internal Revenue Code]."

"If a taxpayer carries on an activity in a businesslike manner and maintains complete and accurate books and records, it may indicate a profit objective," noted Judge Guy. "Keeping records only for purposes of preparing tax returns, however, is not indicative of a profit objective."

"Although petitioner was able to gather bank and credit card records for the purpose of identifying expenses attributable to CFF’s activities, he did not maintain those records in a businesslike manner. Moreover, there is no indication that he maintained records with the aim of preparing profit projections, a breakeven analysis, or a formal budget. The record suggests that petitioner used the records only to compute CFF’s losses for tax purposes. This factor weighs against petitioner."

Guy also evaluated Zudak's earnings and loss claims against the other factors and circumstances the IRS used to differentiate a business from a hobby.

Overall, the judge found that erstwhile impresario "did not conduct the film festival activity in a businesslike manner and he did not engage in the activity with the requisite profit objective during the taxable year 2013. Consequently, we sustain respondent’s determination that petitioner is not entitled to a deduction for the net loss of $32,057 that he reported on Schedule C for the year in issue."

He also must pay a penalty for his underpayment of tax based on his disallowed expense claims.

Hobby vs. business expenses: The bottom line for all would-be business owners is to follow know the tax code differences between a business and hobby. This week's Weekly Tax Tip has more on the distinctions and the tax ramifications in both hobby and business situations.

And if, unlike Zudak, you find your original not-created-for-profit activity does indeed start to earn you some money, it could be worthwhile to officially turn your hobby into a business so you can claim its legitimate expenses against your for-profit income.