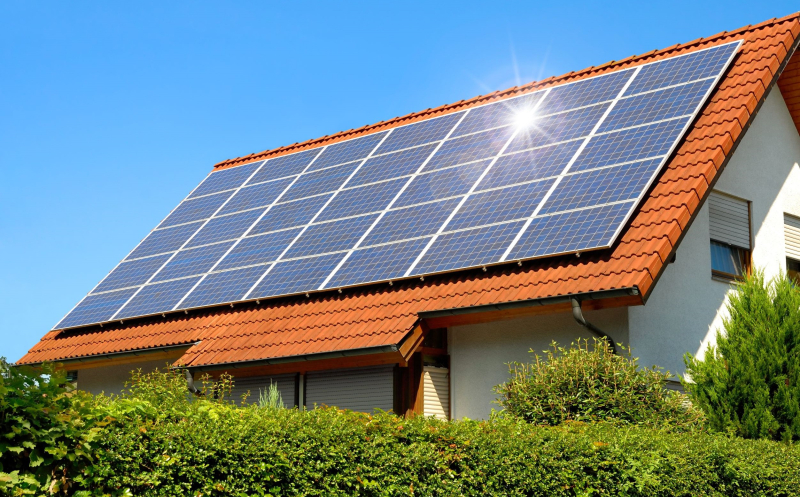 The continental United States will be a little dimmer today as the solar eclipse moves across the lower 48.

Some folks, however, focus on the sun every day. They have solar energy systems.

If you’re interest in joining their sun worshiping ranks, the tax code can help.

The federal solar tax credit, officially known as the solar investment tax credit (ITC), allows you to claim on your federal taxes 30 percent of the cost of a solar energy system.

Good, it’s a tax credit. This means you get a dollar-for-dollar reduction of any tax you owe.

Even better, installation costs count toward the claim.

Best, there’s no limit on the cost of the system to which the credit applies.

Separate, better residential energy tax break: I know, some of you are thinking didn’t this tax break end last Dec. 31? No, it didn’t.

The tax credit for making some energy efficient improvements to your personal residence was one of the extenders that did expire at the end of 2016.

The ITC, however, is a separate energy tax break. It was part of the 2016 federal spending bill, signed into law Dec. 18, 2015, that included a solar tax credit extension.

Under the latest law, U.S. taxpayers can get federal help in paying for their solar power via photovoltaic panels and solar water heaters through 2021.

Tax credit phaseout: If you’re interested in residential solar panels, you best get started soon. The tax credit phases out each year. Specifically:

The news is even sunnier when it comes to timing of your tax credit claim.

Previously, your solar energy system had to be fully operational before it could be claimed. Now, however, you can claim the tax credit as soon as the system’s construction begins.

There’s also another final deadline for businesses. If you’re putting a solar energy system into a commercial building, you get added time. The ITC is available in these cases at 10 percent of the cost through 2022 and beyond.

Qualifying for the credit: You can claim the solar credit if you own, not lease, the sun powered energy system.

Technically, this is a photovoltaic system that provides electricity for the residence, and must meet applicable fire and electrical code requirement.

If you’re putting in a solar water heater, at least half of the energy generated by the system must come from the sun. And the credit is available only for water used for the house. It can’t be claimed on expenses related to heating swimming pools or hot tubs.

You are also eligible to claim the tax break even if the solar energy system, either panels or water heater, is not installed at your primary residence. It applies to another property you own, say the beach house you go to each summer, as long as you own that property and live in it for part of the year.

Claiming the credit: Complete Internal Revenue Service Form 5695, Residential Energy Credits, and include the final calculation from that form on line 53 of your Form 1040. (Note: this is from the 2016 tax return, but should be the same on the 2017 version.)

5695 has several worksheets and there’s lots of lines to complete. If you’re like most taxpayers, however, you use tax preparation software. It will take care of the calculations for you.

What you need to bring to complete those calculations is the total cost of your solar energy system after any cash rebates, discounts, promotions or state incentives have been deducted. As with most tax credits, the IRS does not allow double-dipping.

You also need to know what your tax bill is to see if it’s enough for you to claim the credit against it. If it’s not — for example, your credit is $8,500 and your tax liability is $7,000 — you can carry that excess credit over into the next tax year.

You can find more information in the instructions for Form 5695.  Also check out Energy Star and Energy.gov.

You also can get an idea of your solar potential and savings from EnergySage’s solar calculator.