Social Security wage base expected to increase by $3,300 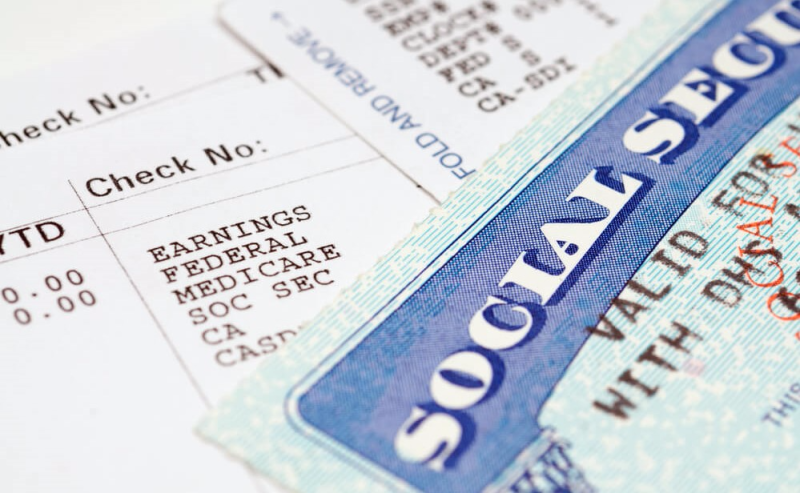 An expected increase in the Social Security wage base won't help most workers, but could be a tax break for wealthier earners.

The economy is ticking along, with nominally more workers finding jobs. But many of them say they aren't getting paid what they should.

"Trump ran as a working-class hero, so let's look at the results," Joseph Geevarghese, executive director of Good Jobs Nation, told the Washington Post. "We're seven months into his administration, and wages are flat."

While the Administration and economists point to Bureau of Labor Statistics data showing wages have ticked up 0.7 percent in the past year, keeping pace with the increasing cost of living, labor leaders are not appeased.

They also are increasingly worried that Trump's other troubles, from his Charlottesville hate group waffling to the special counsel investigation into election meddling by Russia to the bungled Obamacare repeal, have hampered the White House's ability to deliver on actions that could not only save jobs, but increase wages.

Top earners to pay more withholding, too: Meanwhile, as millions of workers have been focusing on their paychecks and when they might increase enough to get them beyond a payday-to-payday lifestyle, one government agency was issuing some taxing news for folks at the top of the pay scale.

That's a hike of $300 from the president's budget forecast released earlier this year and up $3,300 from this year's base of $127,200. That's more than three grand that will be taxable under the Federal Insurance Contributions Act, usually shown on most paychecks as FICA.

The $130,500 amount is not official. The Social Security Administration will issue the final wage base amount this fall, probably around mid-October.

But the estimate is based on some official data, the 2017 Annual Report of the Board of Trustees of the Federal Old-Age and Survivors Insurance and Federal Disability Insurance (OASDI) Trust Funds.

In that July 13 report, the SSA's Office of the Chief Actuary projected, under all three of its methods of forecasting, the $3,300 wage base hike.

Added FICA withholding: The income figure is important to higher earners because it affects the amount of payroll taxes, and possible Affordable Care Act added taxes.

Employers and employees both pay, for the most part, equal withholding amounts under the Federal Insurance Contributions Act (that's shown on most paychecks as FICA) toward workers' future Social Security and Medicare benefits.

Employers contribute 7.65 percent of each worker's income. That employer payment is split between OASDI/Social Security and Medicare payments.

Another 1.45 percent of your wages is paid by your employer toward Medicare. There is no income limit on this contribution.

Employee withholding portion: Then comes your part as a worker.

You also have 1.45 percent of your pay withheld to cover the Medicare portion of FICA. Once again, there is no limit on the income subject to this tax.

And if you are a big earner, you'll also have an additional Obamacare-mandated 0.9 percent Medicare tax on all wages in excess of $200,000 for single filers; $250,000 for joint returns; and $125,000 for married taxpayers filing a separate return.

The added ACA Medicare tax is in addition to the 1.45 that's already collected, so the total Medicare portion for $200K etc. earners is 2.35 percent.

While your employer will withhold the additional Medicare tax from your pay, your boss doesn't match this amount. It's paid only by you.

Added calculations for self-employed: If you're self-employed, you have to take care of both portions of FICA because, well, you're the boss and the worker. That also makes the calculations a bit different. They are:

The good news is that if you have a tax pro, he or she will do the math for you. If you use tax software to do your taxes yourself, it also will handle the calculations.

And once the 2018 Social Security wage base is official, you can plug that amount into the calculations. I'll also blog with those numbers when they are official later this year.

Don't know what I was thinking, Miguel. You,re right. It's $3,300 more subject to Social Security payroll taxes. I have corrected it. Thanks! Want a full-time proofreading job?!

Thanks, that's good to know. But that would mean higher Social Security taxes for people who earn between $127,200 and $130,500, right? Would that come with increased SS benefits upon retirement? (As far as I know the answer is no, but I'm not an expert on the topic).