Look out tax criminals, there’s a new sheriff in town. 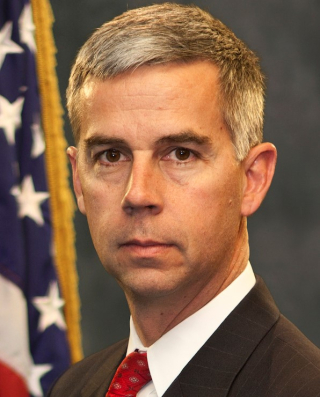 OK, technically Don Fort is not a sheriff. But as the new Chief of Criminal Investigation (CI) for the Internal Revenue Service, he is the tax agency’s top law enforcement officer.

Last week, he announced some of CI’s goals, which include going after bad tax guys nationwide and internationally.

Fort discussed three areas in which CI will be more involved and touched on how the tax agency’s stretched resources can be supplemented by a data driven investigative strategy.

“First and foremost, as all of you know, we are a tax agency,” Fort said during the Aug. 2 media conference call. “That is my primary mission — to make sure that as the head of this agency, that I ensure that we are doing all we can possibly do to fulfill our criminal tax enforcement mission.”

To that end, Fort said his “singular focus is making sure that we are maximizing our efforts” in bringing traditional tax cases. These are all tax cases — including employment tax, abusive tax schemes, international tax enforcement, return preparer fraud, fraud referrals and all other general tax crimes — that IRS-CI works and which ultimately are referred to the Department of Justice for prosecution authorization.

“We are the only federal agency that is authorized to investigate and recommend prosecution on federal income tax cases,” Fort added.

New data-driven national effort: Beyond the traditional tax cases, Fort said CI will establish within the next few months a Nationally Coordinated Investigations Unit (NCIU). The new unit will supplement the tax cases developed by field agents and which have nationwide scope.

“This is cutting edge, the future of IRS-CI,” said Fort, noting that the NCIU’s goal is to use data — ultimately a “heavy data analytics component" — to identify and develop areas of non-compliance.

“Data is the key element here. We have a wealth of data in our possession, IRS data and external data from other sources,” he said. “We are moving to better manage and manipulate all available data to help better select criminal investigations.”

“In a matter of months, if not sooner, we are standing up an elite group in our Washington, D.C., Field Office that will be dedicated to working and developing significant international tax investigations,” said Fort.

This consolidated, focused operational group will bring together some of the foremost experts in international tax crimes, said Fort. “We are leveraging years of knowledge, skills and successes in the international tax arena. Agents that have successfully worked these cases.”

In addition to the D.C. personnel, other members of the international group will be agents from other IRS locations around the country, with “heavy support” from the Justice Department’s Tax Division and international partners.

“By consolidating our efforts in one field office, it will allow us to better control the cases and move more efficiently as an organization,” said Fort.

And here, as with the national investigative unit, Fort said CI will rely on data to help drive case selection.

“We have more info than anyone. As we refine our data strategy, it is going to help guide this group to the investigations that warrant our agents investigative expertise.”

More about Fort: The new CI chief has set expansive initial goals. That’s not that surprising since before taking the top job in June, Fort was deputy chief, serving under former CI head Richard Weber (who left the IRS to become Deutsche Bank’s managing director and head of anti-financial crime for the Americas), for almost three years.

And before that, he noted, his entire 26-year career with the IRS has been as a CI special agent.

You can learn more about Fort, including the fact that he's a CPA, in his LinkedIn profile shown below. 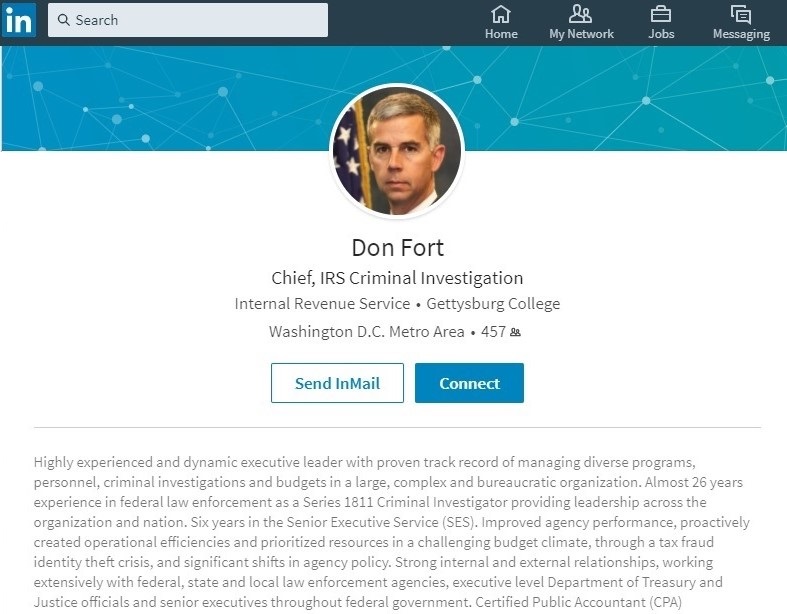 All those CI agents are this week’s By the Numbers figure.