Most of the time, employees who are fired must look elsewhere for work. However, that’s not the case for some Internal Revenue Service personnel. 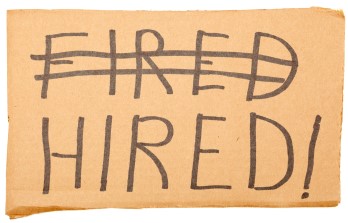 An audit by the Treasury Inspector General for Tax Administration (TIGTA) found that around 10 percent of more than 2,000 former employees the IRS rehired between January 2015 and March 2016 were folks the agency had let go earlier because of conduct and performance issues.

Troubling terminations: Those 213 rehired workers, according to TIGTA, had previously been ousted for workplace issues that included falsifying documents, avoiding taxes and taxpayer privacy offenses.

Specifically, the July 24 report found 130 of the terminated then rehired workers had “significant” prior conduct issues. They included —

In addition, according to the IRS watchdog, another 27 former employees failed to disclose, as required by IRS rules, a prior termination or conviction on their application, and were rehired by the agency.

“Rehiring hundreds of employees with a track record of substantiated conduct and performance issues, including willful tax noncompliance and unauthorized access to tax records, is not prudent and unnecessarily increases the risk of internal fraud and abuse,” said J. Russell George, Treasury Inspector General for Tax Administration. “Given the threat of identity theft and the amount of sensitive information that the IRS manages, job offers should only be extended to applicants of great integrity.”

Congressional concern: Five members of the House Ways and Means Committee agree with George and have written to IRS Commissioner John Koskinen demanding he quickly act to correct the situation.

In addition to concerns about the audit’s findings, the tax-writing panel members are not happy that the IRS failed to respond to many of TIGTA’s recommendations for improving IRS hiring practices.

“Despite having instituted a revised process to address similar concerns raised in 2014, TIGTA concluded that the IRS — nearly three years later — still does not have a process in place that fully and adequately considers past conduct and performance of rehired employees,” wrote Brady and his panel members.

The W&M members also are troubled by TIGTA’s findings that the percentage of IRS workers fired or who quit while under investigation for a conduct or performance issue and then rehired has increased from approximately 12 percent to 15 percent since the last time that TIGTA reviewed this issue.

Bills introduced to regulate IRS hiring: The lawmakers indicated that “further Congressional action” might be needed to solve the problem rehire issue.

Immediately after the TIGTA report’s release last month, Sen. Richard Burr (R-North Carolina) reintroduced the Ensuring Integrity in the IRS Workforce Act, which would bar the agency from rehiring employees who left the IRS due to substantiated conduct or performance issues.

Burr’s bill is nearly identical to one that passed the House in April 2015, but did not make it through the Senate during that congressional session. Noem, one of the signers of this week’s Ways and Means letter to Koskinen, also introduced a companion House bill.

Instead, Brady and his Ways and Means colleagues urged Koskinen and his IRS staff to “better address this issue while ensuring that it hires the requisite number of employees.”

“Failure to do so jeopardizes the internal workings of the IRS, the security of taxpayer records, and the service that a taxpayer receives,” added the Representatives.

More money might help: They have a point. But one of the main reasons the IRS has not followed through on implementing TIGTA’s personnel recommendations is expensive. Reviewing prior issues before a hiring decision would be cost prohibitive, according to the IRS, although the agency didn’t support that assertion with a formal cost-benefit analysis.

Still it’s no secret that Congress has taken a knife to the IRS’ budgets in recent fiscal years. Getting the agency more money to ensure that it can implement hire and rehire safeguards is something that will require the cooperation from others in the House, starting with the Appropriations committee.

Maybe Brady and the other tax-writers also should send a Dear Colleague letter to those committee members who control the federal purse strings.

Bob, in the text just above the bullet points, the phrase "July 24 report" is linked to the TIGTA report. If that's not showing up in your browser, here's the URL -- https://www.treasury.gov/tigta/auditreports/2017reports/201710035fr.pdf
Thanks for reading.
Kay

It would be nice to have a link to the report. It would help when writing to congress to refer to or quote sections of the report.