India tax officials say their effort to reduce large stashes of illicit cash has led to markedly more tax compliance. Such efforts to get more taxpayers to be honest are ongoing globally, including by the Internal Revenue Service here in the United States. 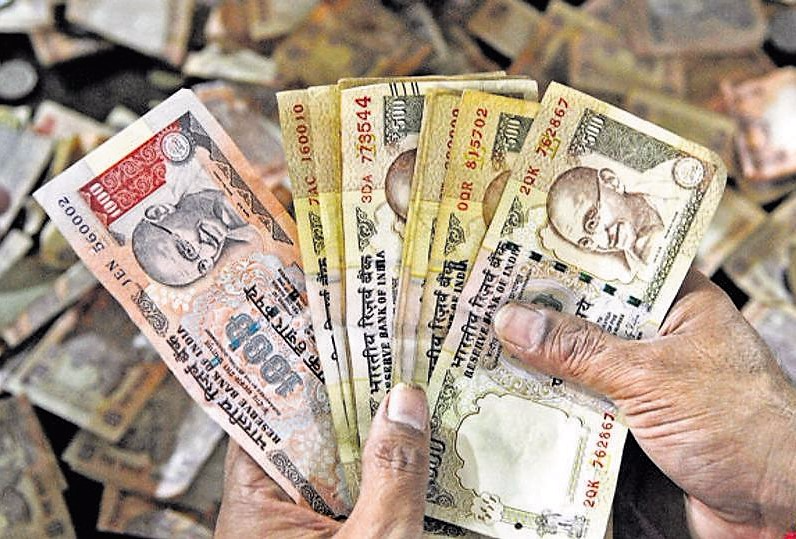 500 and 1000 Rupee notes that were recently demonetized by the Indian government.

It’s no secret that the Internal Revenue Service looks much more closely at business that are cash heavy.

The IRS, supported by other government studies, has found that cash intensive companies — which are, as the name indicates, businesses that receives a significant amount of receipts in cash — tend to have more under- or unreported income. When they don’t account for all their earnings, they pay fewer taxes.

Examples of such businesses, according to IRS guidelines, are restaurants and grocery or convenience stores that handle a high volume of small dollar transactions. Also on the IRS list are industries, such as construction or trucking, where independent contract workers are generally paid in cash.

Cash tax cheating is not limited to the United States. In fact, some countries are forcing their residents to go cashless to combat tax evasion.

It seems to be working, at least in India.

Cash as tax evasion tool: Last November, Indian Prime Minister Narendra Modi gave his citizens only a few hours to spend or deposit 500 and 1,000 rupee bills before they were abolished. These denominations, said the Indian government, were primarily held by individuals attempting to hide of illicit cash.

Financial transactions outside formal channels amounted, according to figures reported last year, to around 20 percent of India's annual $2 trillion gross domestic product. By removing larger currency denominations from circulation could raise, it was estimated, an additional $30 billion in additional tax revenue.

After strong push back, Modi relented somewhat, giving holders of the large denominations a reprieve, moving instead to a more gradual conversion.

Regardless of the speed of the currency elimination, the ultimate goal of the so-called demonetization (or demonetisation in Indian English) measure is to clean up the subcontinent's cash economy and associated black market that makes tax evasion too easy.

"Official figures show that the total number of returns filed as on August 5 stands at around 2.83 crore (28.3 million) up from 2.27 crore filed during the corresponding period of 2016-17," reports the United Kingdom’s The Daily Mail. "This is an increase of 24.7 per cent compared to growth rate of 9.9 per cent in the previous year."

That growth, according to Indian tax officials, is in large part thanks to a substantial number of new tax payers who have been brought into the tax system after demonetization.

The change on fiscal policy also is evident, according to tax officials, in the increase in direct tax collections.

Indian tax data show, per The Daily Mail’s report, showed advance tax collections of personal income tax (other than corporate tax) as of Aug. 5 showed a growth of about 42 per cent over the corresponding period in 2016-17. Similarly, personal income tax under Self Assessment Tax (SAT) grew at 34.25 per cent over the prior year’s corresponding period.

New tax, added investigations, too: Why such a turnaround? The Financial Times reports that the cash ban has been followed up by tax officials investigating individuals and businesses that deposited more than 200,000 rupees ($3,142) of the old currency notes in their bank accounts.

"On July 1, the country launched a value added tax that is expected to force many small businesses into the tax net in order to continue doing business with larger, taxpaying firms," reports The Financial Times.

Back across the pond: India’s effort to improve tax compliance is not surprising to U.S. tax officials, who have been battling a persistent tax gap. This is the amount of money the U.S. Treasury is owed, but which it’s been unable to collect.

It also gives the IRS documentation of taxable money received so that agents can double check the amounts entered by taxpayers on their returns.

The lack of such third-party reporting is why the IRS pays added attention to small businesses when it comes to audits. This is particularly true of the self-employed.

To avoid facing an IRS examiner, either in person or in a virtual conference, to discuss your tax return, take note of the documents you need to show that you’re complying with tax law.

Remember, when it comes to taxes, the IRS doesn’t have to prove you’re guilty. It’s starts from that assumption. You must prove to Uncle Sam that you’re doing what you legally should.